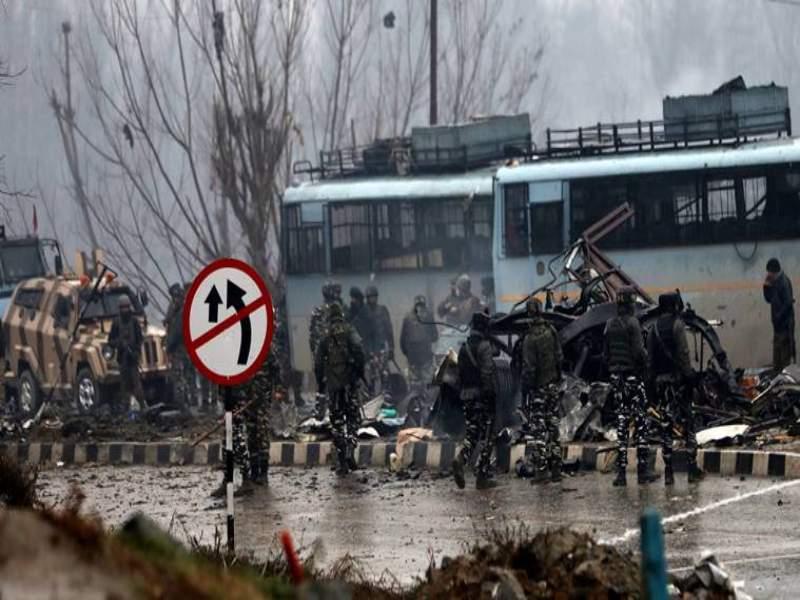 Not long after the release of the movie, Uri: The Surgical Strike, the ruling party was again seen taking pride in their decision of conducting a surgical strike in order to avenge the deaths of the martyred Indian soldiers.

The government believed that attacking the terrorists responsible for the infamous Uri attack would set an example for other terrorist groups. They wanted to let them all know that India will not tolerate such attacks and not remain passive.

Unfortunately, the magnitude of the threats and attacks was not serious enough for the terrorist groups as Uri attack no longer remains the worst attack on security personnel in India.

On 14th of February 2019, at Awantipora in Jammu and Kashmir’s Pulwama district, terrorists targeted a fleet of Central Reserve Police Force (CRPF) vehicles with powerful explosives.

The casualties are still being reported but the announcement of 20 deaths of CRPF personnel and injuries to over 40 personnel has already been made.

How did the attack happen?

A convoy of 70 CRPF vehicles was commuting on the Srinagar-Jammu highway together as for two days the route had been shut due to bad weather conditions.

Seeing this as their chance, the terrorist attacked them en route. Responsibility for the attack has been taken by the terrorist group Jaish-e-Mohammed.

Adil Ahmad Dar, a member of Jaish-e Mohammed and resident of Kakapora in Pulwama district, was allegedly driving the Mahindra Scorpio carrying 350 kgs of explosives which rammed into the CRPF bus.

Upsetting information is that the stretch on which the incident occurred was largely believed to be sanitized of terror activities.

Related: If U.S. Is Against Terrorism, Then Why Does It Aid Pakistan?

What are the initial steps taken by the Government?

According to the J&K Rajbhavan PRO, the Governor has urged all the Security Forces Commanders to enhance surveillance on all fronts.

Along with that, as per an official spokesperson, “they also directed the District and Divisional Civil and Police Administration to immediately review the security management of all important installations and establishments.”

The security forces claimed to have a big win last year as Mohammad Usman who was the alleged head of the module behind sniper attacks on forces in Kashmir Valley was killed.

Usman was the nephew of Moulana Masood Azhar, the chief of Jaish-e-Mohammad and this has been deduced as a possible reason for the attack.

How long are we, as a country, going to suffer and weep over our Martyrs?

The after-effects of the attack are giving a serious Deja-vu effect as again all the prominent political personalities have started using Twitter to thrash out those responsible for the attack.

“Every drop of our soldiers’ blood will be avenged” will again become the motto.

How many soldiers do we have to lose in attacks like these before strict measures of security are taken?

Mehbooba Mufti, the former chief minister of Jammu and Kashmir, too has said that the border skirmishes and surgical strikes are leading to nothing.

In scenarios of frequent attack on nation’s security, will the Modi Government take the right course?