While Air India was once the monopoly airline of the country, it has now considerably lost its market share due to private airlines that are providing the services at way cheaper rates.

Moreover, after the merger between Indian Airlines and Air India in 2007, Air India ran losses for almost a decade, and that’s when the government realized that privatization is needed to turn things around for Air India.

WHAT IS THE OFFER?

The Government had announced the privatization of Air India on 28 June 2017. Plans to offload $5.1 billion and divest 76% stake were finalized by the government around March. The government had previously set the deadline for acceptance of Expression of Interests (EoIs) for Air India till 14 May. However, as no suitors came forward, the deadline was extended to 31st May, and qualified bidders were to be announced on 15 June. However, seeing that no bids have been received yet, we don’t know what the government intends to do now.

WAS THERE ANYONE THAT SHOWED INTEREST?

Earlier, IndiGo was the only one to publically show interest in Air India, whereas Jet Airways’ chairman Naresh Goyal would talk of “not completely ruling out” the privatization from its radar.

IndiGo later pulled out of the race to acquire Air India when the terms required IndiGo to take over all the flights of Air India and Air India Express (including domestic).

WHO ARE THE POTENTIAL BIDDERS NOW?

While other Indian airlines are comparatively set back on this offer, Tata Sons might come forward in the last hour. This isn’t surprising, though. It founded the forerunner of Air India and thus the interest in buying it back from the government is justified.

However, Tata Sons already has airline operations in India with Singapore Airlines – Vistara. It also has a joint venture with Malaysian budget carrier Air Asia. Thus, whether it will buy Air India or not is not really predictable.

WHAT IS THE PLAN NOW?

Industry analysts commented that the government may have to amend the terms of disinvestment in order to woo investors and carry out a successful sale.

According to a government official who wishes to stay anonymous, potential investors will keep their bids private to themselves till the last hour as information about the bid could raise the competition for Air India.

“As normally happens, we are looking forward to the bids coming in at the last hour of the last day. The timeline will not be extended. Further decisions (on AI sale) will be taken by the alternative mechanism,” said Aviation secretary R N Choubey. Choubey had also said that the government will not sell Air India until it receives the right price for it.

Naresh Goyal says that the move for privatization of Air India by the Government is a “bold” one, which might imply ultimately successful results. Definitely, with a privatized Air India in the market, there will be a new stronger player with more efficiency in its operations in the industry, and other Airlines will have to up their game.

However, the question is, without any bidders for the privatization plan, what will now happen to Air India? 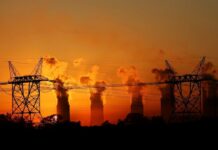 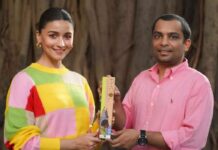