Both India and South Korea are thriving economies with troublesome rogue nations as their neighbours like Pakistan and North Korea respectively.

Apart from the geopolitical situation, drawing parallels between the Korean Peninsula and Indian-Pakistan might seem peculiar at first, but consider this:

Not only India but the whole Indian subcontinent is affected directly or indirectly by Pakistan-sponsored terrorism. Its proxy terrorism destabilizes the region and makes it weak.

On the other hand, nuclearisation of North Korea makes South Korea (to some extent even Japan), vulnerable.

Both Pakistan and North Korea are failed states, politically and economically – both are on the verge of bankruptcy.

One peculiar similarity is that every time they need some sort of external help, like funds or easing of trade restrictions, they start acting responsibly.

For instance, Pakistan had returned back wing-commander Abhinandan and its PM, Imran Khan was vouching for peace talks. On the other hand, it seems like North Korea has ditched its nuclear ambitions for the time being.

But if one sees the bigger picture, it is international pressure and monetary desperation that is making them talk of peace and mediation right now.

Also Read: Are South Koreans Born Out Of This Indian Princess From Ayodhya?

Until less than a century ago, both the regions were unified and had a similar culture (in their respective regions).

While India got divided into India and (East and West) Pakistan, the Korean Peninsula was divided into North and South Korea.

The Indian Subcontinent is notorious for its caste system so I won’t talk much about it. But don’t get surprised to know that Korea too had a caste system once.

Then when the Japanese took possession of this peninsula and banned the caste system! Over time, the system faded away and people stopped practicing the redundant system. 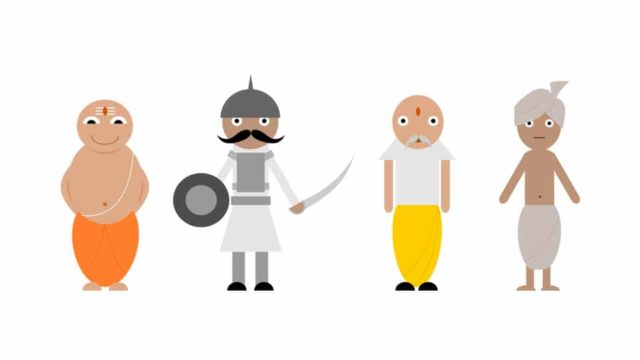 Undivided India got freedom from Britain in August 1947, while the Korean peninsula was freed from Japanese occupation in August 1948.

Both the events occurred at the end of World War 2 as both the colonial powers we no longer in a position to keep their colonies.

(It takes a good army to keep a colony, by force. A good army needs good funding. World War 2 left the colonial powers bankrupt, and as a result, they had to give up their colonies).

India was dreadfully partitioned in 1947 on communal lines, amidst communal riots.

But if you look closely, it was the long-term British policy of ‘Divide and Rule’ because of which they were able to give birth to, and later multiply animosity between Hindus and Muslims in India; this culminated into a demand for partition.

Similarly, Korea got divided into North and South after Japan lost in World War 2.

USSR occupied its northern parts while the USA occupied its southern parts. The Korean civil war was backed by these superpowers and led to a division that still persists.

India-Pakistan boundaries the (Radcliffe line) at Punjab and Bengal was drawn by Sir Cyril Radcliffe. He had never visited India and had done this consequential task after consulting outdated maps.

Similarly, the 4 km wide DMZ was built around the 38th parallel because the US generals found it easy to locate on the map.

In both cases, the natives had no say in the division and the boundaries were clumsily drawn, without taking into consideration the society and culture of the adjacent areas.

Korean Peninsula witnessed a civil war after its independence (from 1950-53) and it ended in a stalemate. It means that the war is still not over.

On the other hand, India and Pakistan have also fought several wars since independence, 4 to be particular. Even as recently as 2 weeks ago, we were on the verge of another war!

Ideologies taken up by each neighbouring pair is starkly opposite to their counterpart.

South Korea is a capitalistic democracy while North Korea is a communist dictatorship. This difference is so distinct that it has made the two countries overtly different. 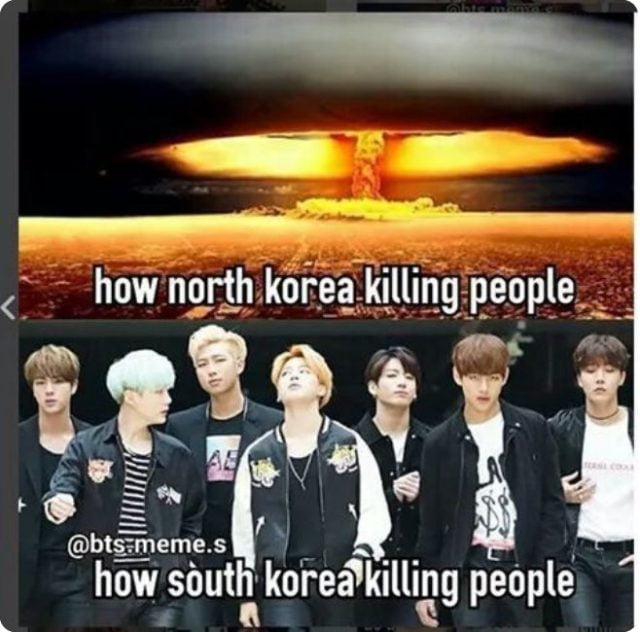 In terms of economic ideology, both India and Pakistan have a mixed kind of economy, so a comparison is not viable in this context.

A comparison can be made between India and Pakistan in terms of the religious nature of the state.

Pakistan established itself as an Islamic State, while India chose to be a secular state. Also, India is a vibrant democracy while Pakistan’s civilian government is a puppet government, controlled by the military.

One major difference between the two regions is that the Korean Peninsula wants reunification, while this ship has sailed in the case of Undivided India. 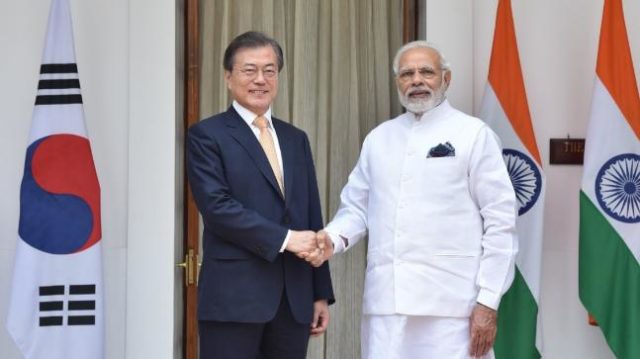 It is time for India and South Korea to utilize these similarities (which are clearly more than differences) and support each other on international platforms to realize their goals.

Economically, India can learn a lot from South Korea and in return, the former can act as the latter’s market that it already is. We also need to learn from them to grow beyond the threshold level of making our neighbors jealous.

To be honest, when compared in isolation, India is not as good as South Korea and Pakistan is not as bad as North Korea. But if India keeps developing and Pakistan keeps deteriorating at the current pace, maybe these differences will converge.