India’s city of joy, Kolkata, which is enriched with sites of historical and cultural importance, is now all set to get an addition to its touristic treasure.

The ‘Tyre Park’ Of Kolkata

The Esplanade Bus Depot is soon going to have a one-of-its-kind park that has been made with used and waste tyres. 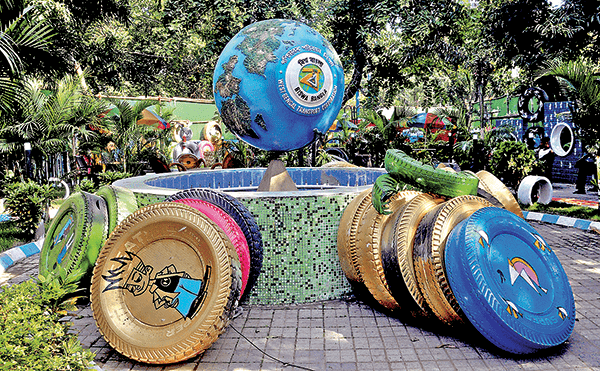 In the bustling area of the bus depot, where all one can get to experience, as of now, is the commotion of buses and trams, a secluded and peaceful park will give the people a sense of composure. 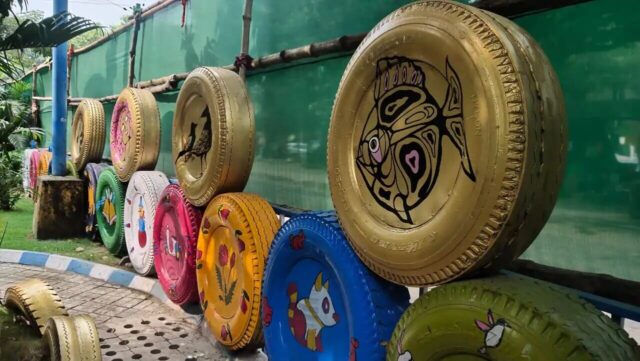 The fascinating tyre park is being said to be the first of its kind in the country.

“The idea behind the park is that waste can be converted into art. Nothing is waste and can be art, and that is the message of the tyre park coming up in Kolkata,” said an official of the West Bengal Transport Department.

Also Read: Delhi Mumbai E-Way To Have These Adorable Animal Bridges For The First Time

Thought Behind The Initiative

Tires are said to be among the most problematic sources of waste. As tyres were getting piled up at the bus depot premises, the officials were having a hard time disposing of the waste. 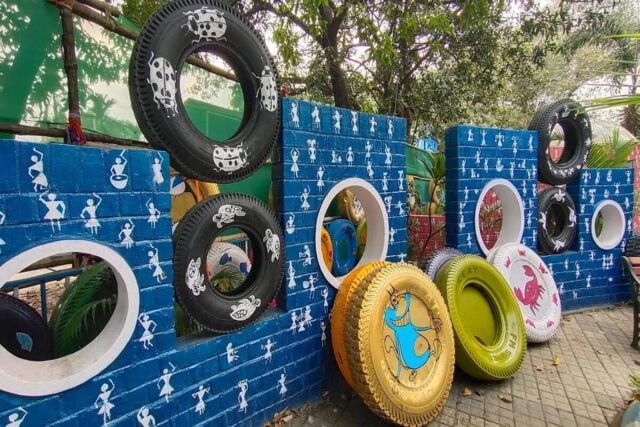 This is when they came up with the idea of converting the tyres into beautiful artefacts. Some other scrap items and defective parts have been used creatively for the park. 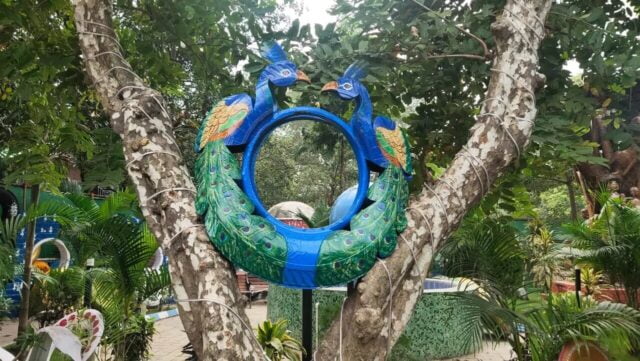 The park will have a small cafe with music, providing people with serenity and enjoyment. 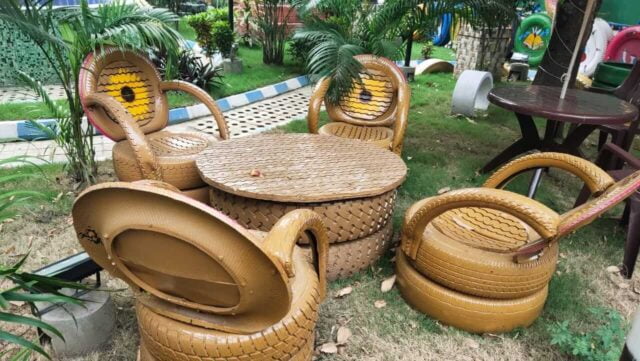 Everything including chairs, tables, swings, decorative pieces, waste bins, etc. have been crafted out of discarded tyres.

“It will be an island of peace in an otherwise very crowded area,” said WBTC Managing Director Rajanvir Kapur. 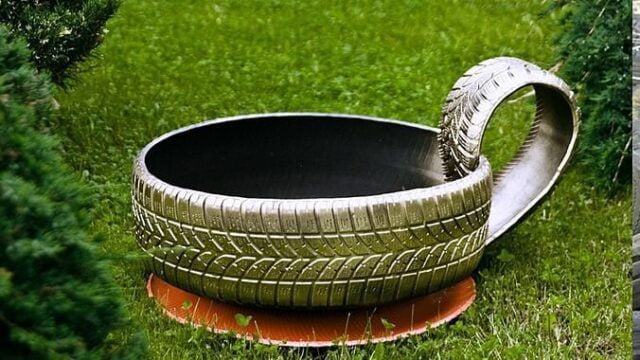 The unique and attractive reuse of the waste tyres has been done by the talented native team of WBTC officials. 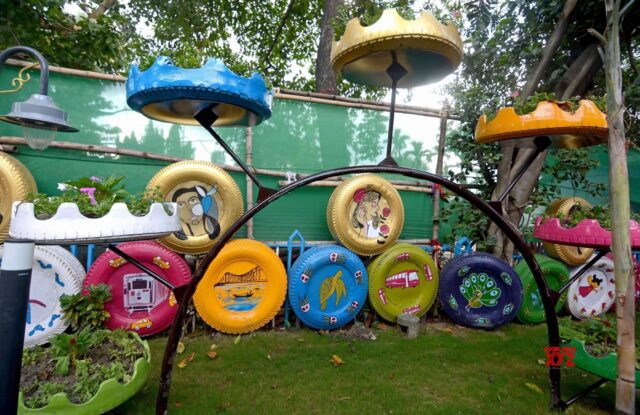 Though the date on which the park will open for the general public is yet to be announced, it has already created a buzz on the grounds of outstanding innovation.

This post is tagged under: Kolkata tourism, Places to visit in Kolkata, Tyre park, Use of waste tyres, Waste to art, best out of waste, Recycling old tyres, Unique tyres, Unique parks of India