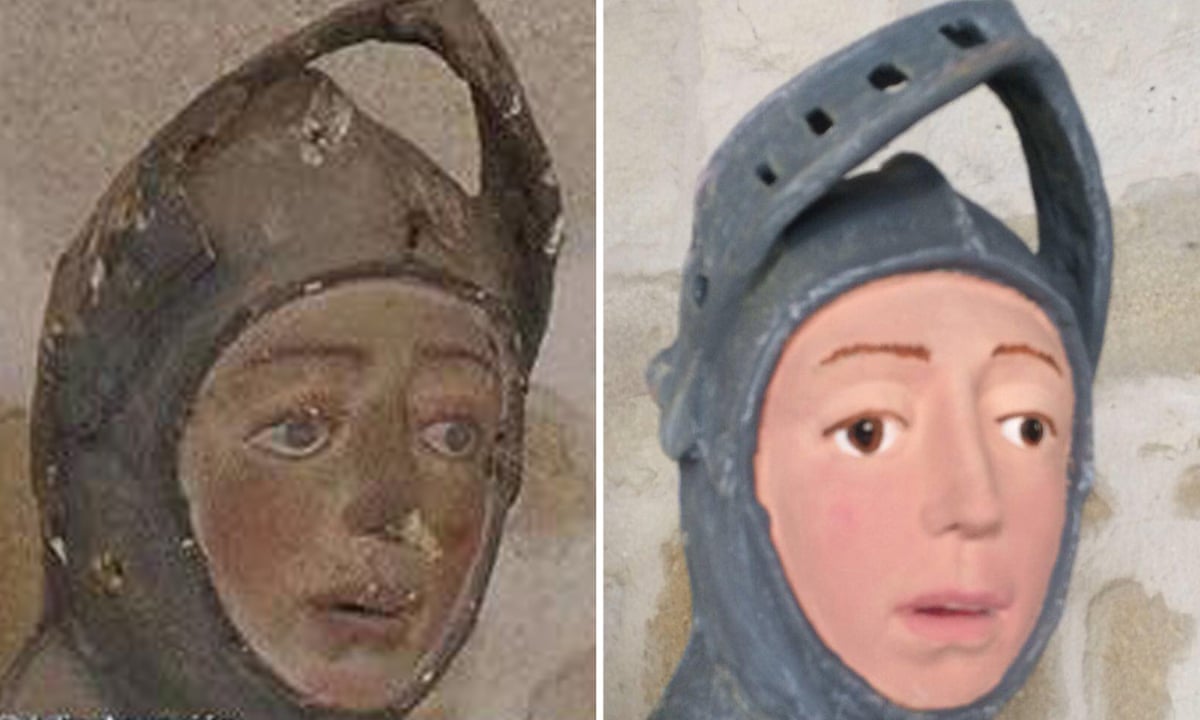 Art restorers have a difficult job.

They have to meticulously work on valuable old artworks for months on end to restore them to their former glory.

Here are seven art restoration attempts that made the world laugh and caused artists to cry in despair.

Despite being an amateur artist, Cecilia Giménez who was in her 80s, was permitted by the local clergy to undertake a restoration of Ecce Homo, a work by the painter Elias Garcia Martinez. 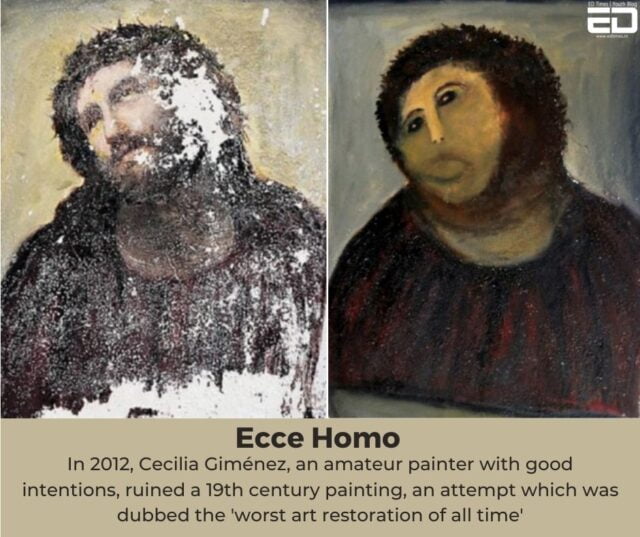 The painting became a viral sensation in 2012 and lead to an increased number of tourists visiting the small Spanish village of Borja that houses the painting.

2. A makeover that turned Santa Barbara into Barbie

Done over 6 months, the restoration of the statue of Santa Barbara at Brazil’s Santa Cruz da Barra Chapel left many in shock. 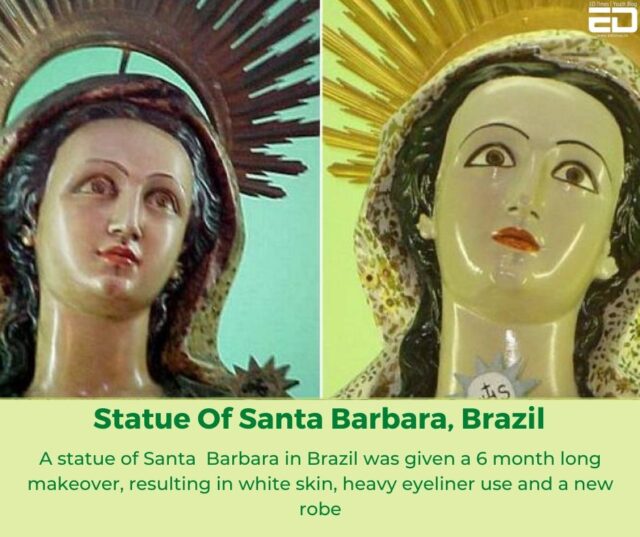 The statue seemed to have foundation, lipstick and eyeliner. Local people were angry at the restorers who defended themselves and said that they did nothing wrong. 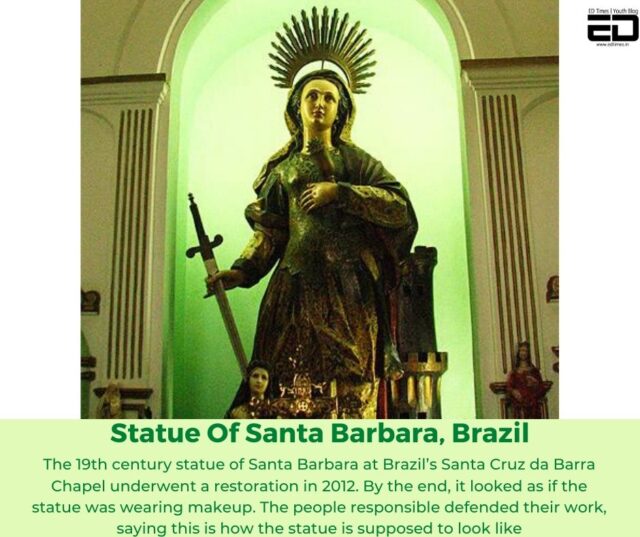 3. St. Anthony of Padua has got style

The cheap cost of the restoration should’ve been a red flag in itself. 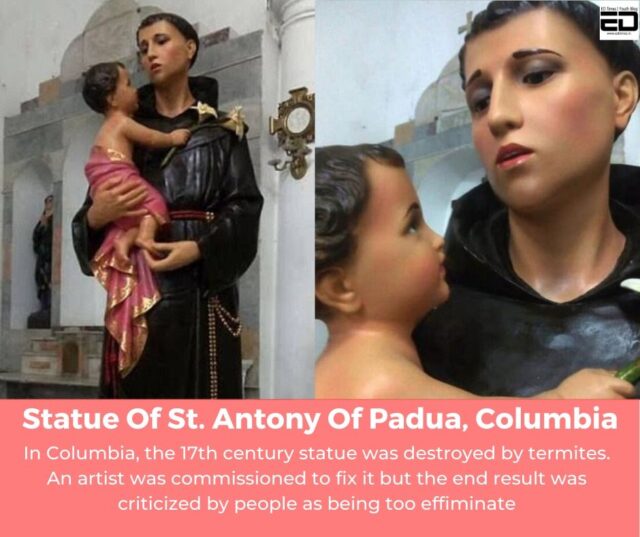 It only cost $328 to make St. Anthony and baby Jesus look glammed up with blush, eyeshadow and lipstick doing the magic. 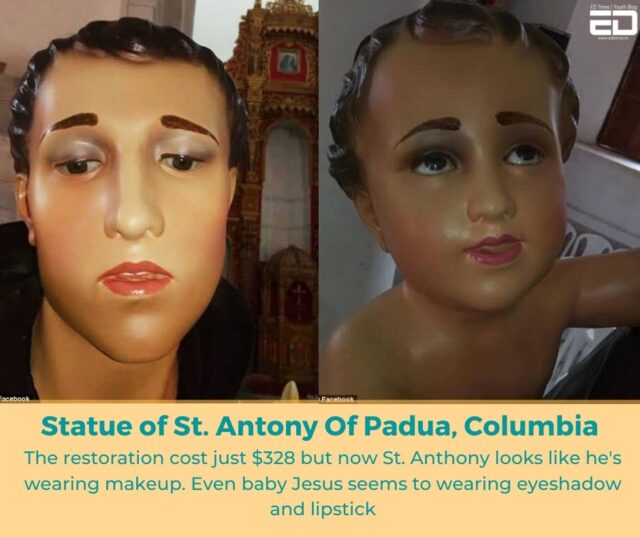 4. Saint George or a cartoon?

The legendary St. George was compared to the cartoon character Tintin by The New York Times. 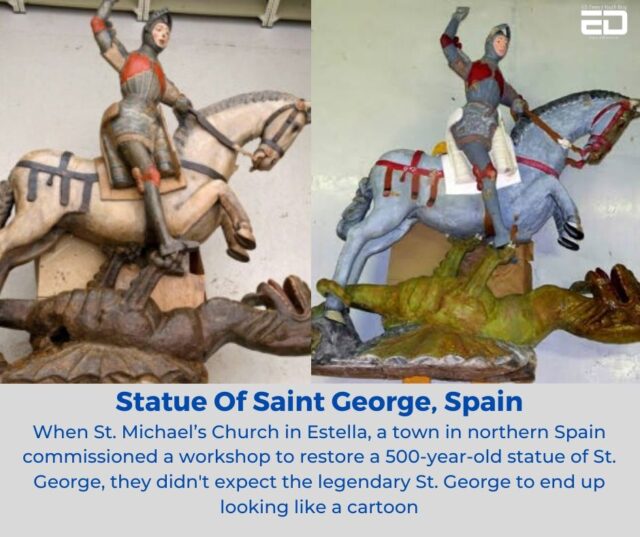 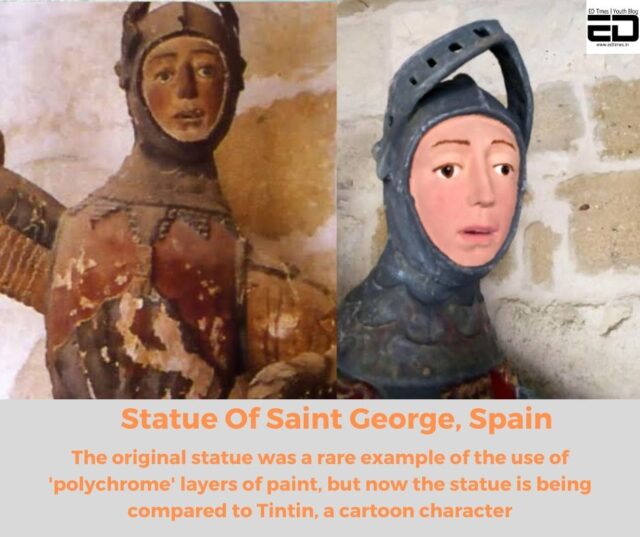 Even though it was restored after becoming a global joke, parts of the intricate design of the original statue have been lost forever.

5. Mary and Jesus with a new look

Even though they had been restored 15 years before by a professional artist, a local shopkeeper thought that the wooden statues of Mary and Jesus were missing something.

She got the local clergy’s permission and effectively ruined the 15th-century sculptures. 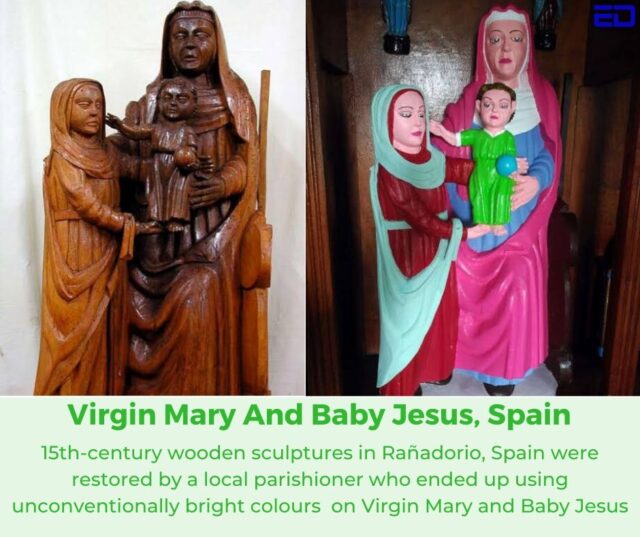 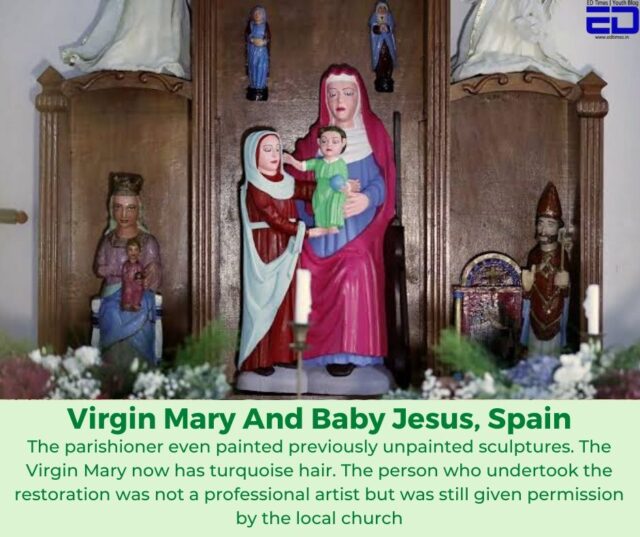 6. Their eyes were (not) watching God

The restoration of Michaelangelo’s Sistine chapel was opposed to by many artists across the world.

And for good reason, because by the end, several characters had their eyeballs missing. 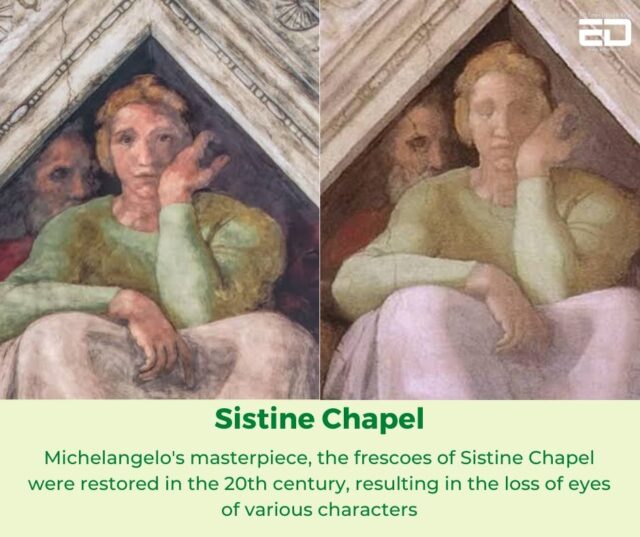 7. Baby Jesus got a new head

A Canadian church’s statue had a terracotta head for Jesus because thieves had cut off and stolen his head.

But here’s the twist, even the thieves felt that the new replacement was horrible and returned the original to the church. 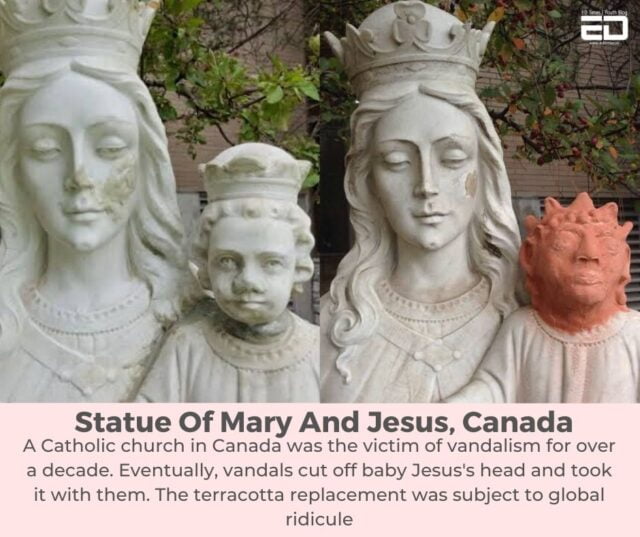 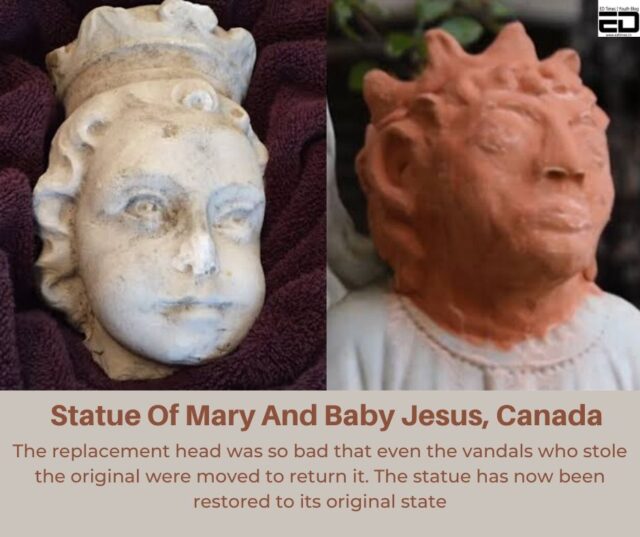 What we’ve learnt is that art restoration should be left to be dealt with by experts. Amateurs should stick to the canvas and not live out their artistic dreams on valuable centuries-old artworks and sculptures.

And in case they do end up living out their dreams, well, at least we’ll get a laugh out of the aftermath.

Did You Know About The Famous Ghoti Vs Bangal Tussle Which Is Unique To...

Lifestyle Urmi Khasnobish - September 28, 2021
The Ghoti vs Bangal is unique and constant in Bengali psyche. Bangal-Ghoti tussle was a social expression of the perceived cultural superiority or inferiority. After...