Home Politics How Amul Has Always Taken An Active Part In Past Conflicts With... 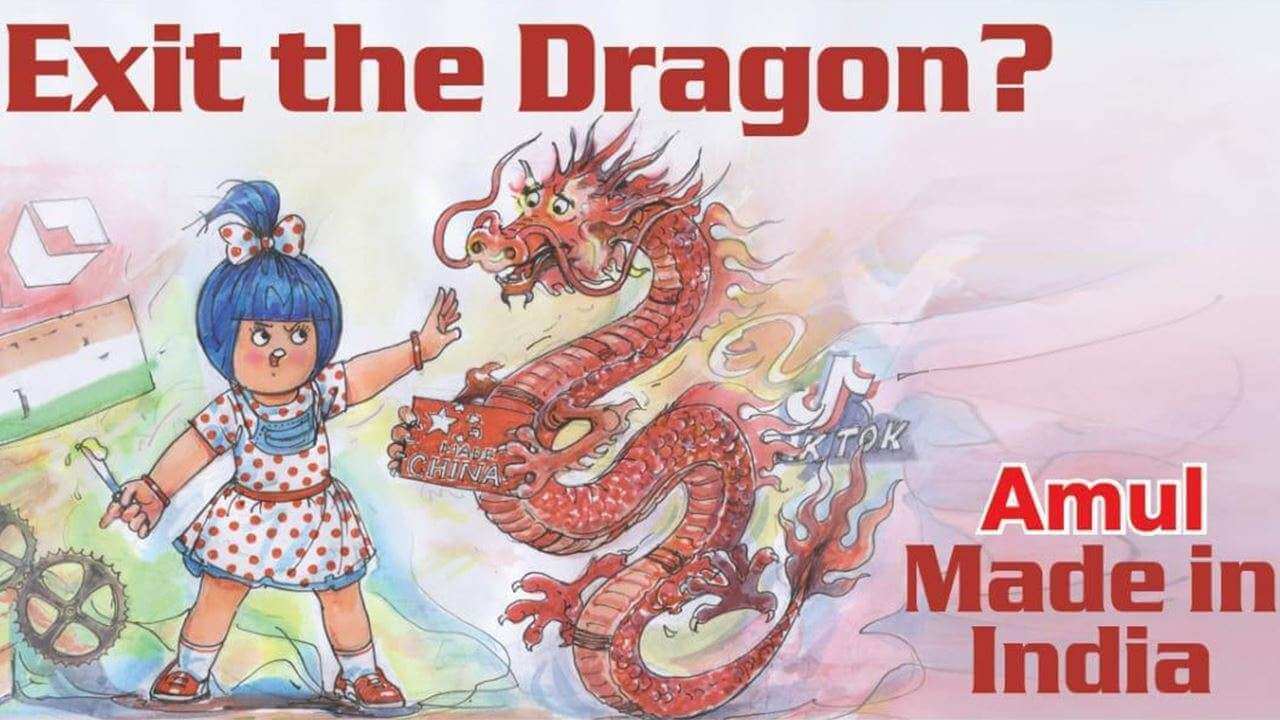 Since Amul has established, it has actively voiced opinions on all sorts of current events from politics to movies through its topicals.

When Verghese Kurien established the cooperative in 1946, he held the ideals of self-reliance even back then. Now, the focus on becoming ‘Atmannirbhar‘ has again gained momentum.

The circumstances and key players might’ve changed but the motive and Amul’s creative advertising remains the same.

Topical itself means a subject that is related to current events of immediate relevance. Amul topicals are short advertisements by Amul on all sorts of news which are filled with puns and cartoons.

Check out these catchy topicals on Indo-China conflicts from the 1970s to 2020: 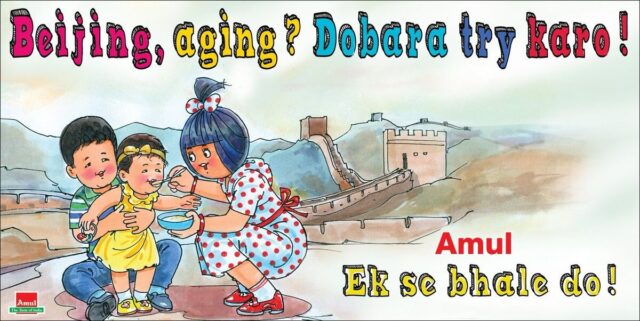 We all know how populated China is and to curb the growing population the government brought out the ‘One-child policy‘. And it is exactly how it sounds, no Chinese family could have more than one kid!

Sounds a little too harsh right? Amul thought so too when it said: “ek se bhale do“. 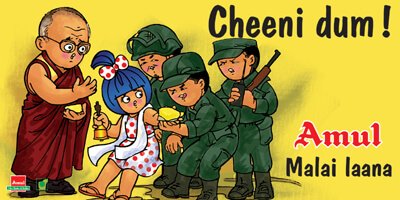 Indian-Chinese relations had been scarred in 1959 itself when Dalai Lama was exiled from Tibet and sought refuge in India. So, when Dalai Lama won the Nobel Peace Prize in 1989, a Chinese Foreign Ministry spokesperson voiced the “extreme regret and indignation” Beijing had on Dalai Lama’s achievement.

Read More: What Is The Latest India-China LAC Standoff All About And What Is India Doing About It

China strongly opposed the nuclear tests taking place in India and soon after that China aided Pakistan during the Kargil war of 1999. The tensions of war had started brewing in 1998 itself. 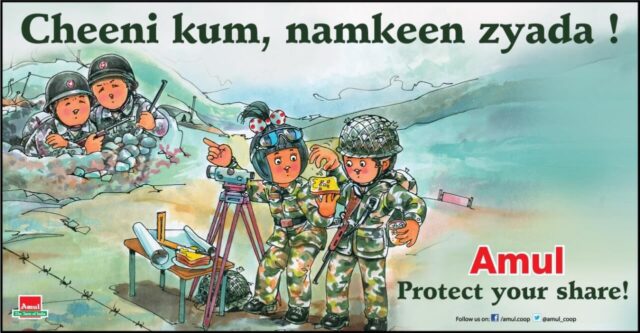 China claimed a part of Eastern Ladakh to be their province and invaded the Line of Actual Control (LAC). They had crossed approximately 19 km into the Indian territory in an area known as Depsang Bulge. 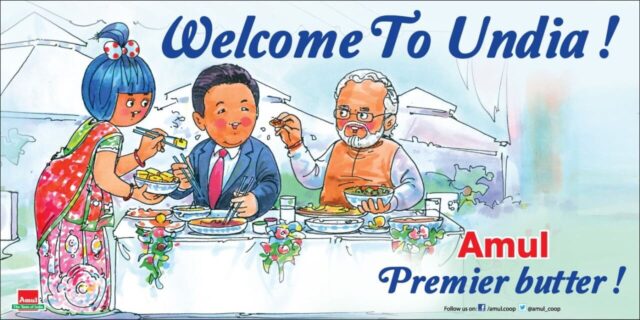 While the border tensions in Ladakh continued, China promised investment of more than $20 billion in India in the coming 5 years.

Since our Prime Minister Narendra Modi received them in Gujarat, Amul’s topical focused on Gujarati delicacies being served to Chinese delegates. 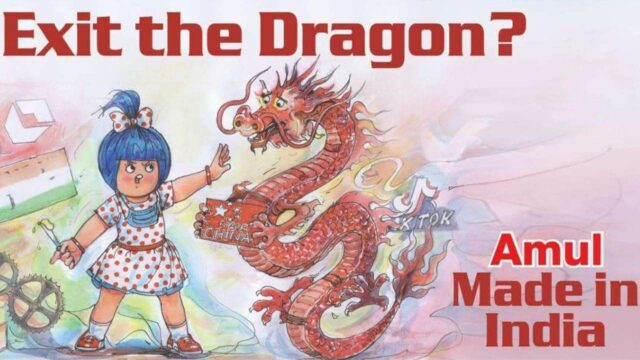 Earlier in May 2020, China intruded the Line of Actual Control again leading to a border standoff between the two countries. Amul launched its topical “Exit the dragon” on 3rd June officially. Following this another topical “Cheeni Kum Karo” was released.

Amul’s take on the issue got viral after Twitter blocked Amul’s account for a while. Indians flocked to the social media site with #amul and #exitthedragon trending seeking reasons from Twitter for blocking their beloved cooperative’s account.

Amul has asked Twitter for a formal reply on the issue, since the only informal reply it has given is that the account was blocked for safety reasons.

The masses are blaming Twitter for taking sides on the issue. 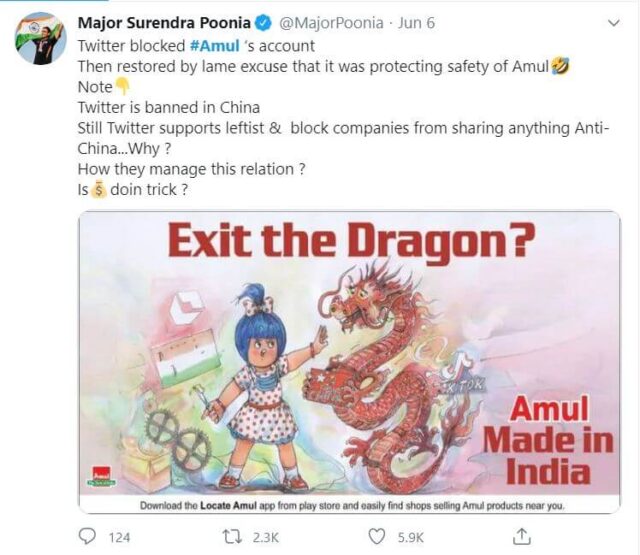 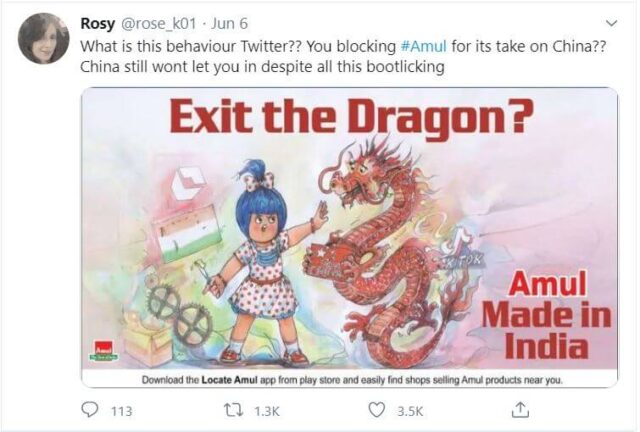 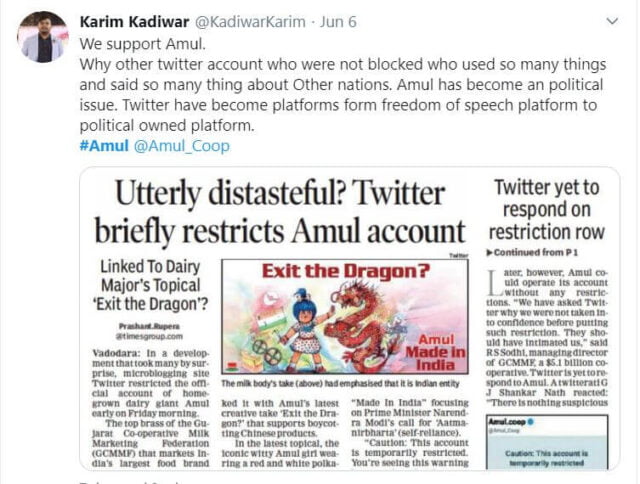 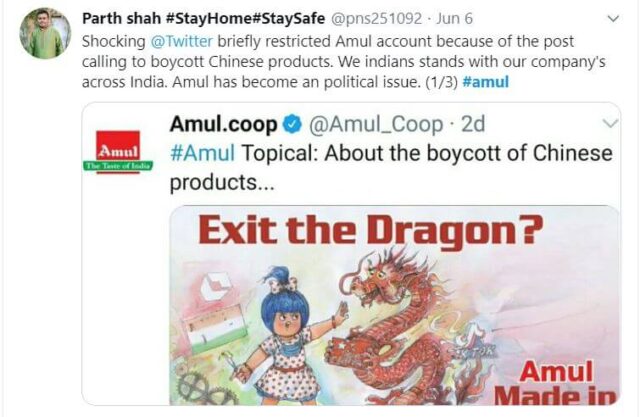 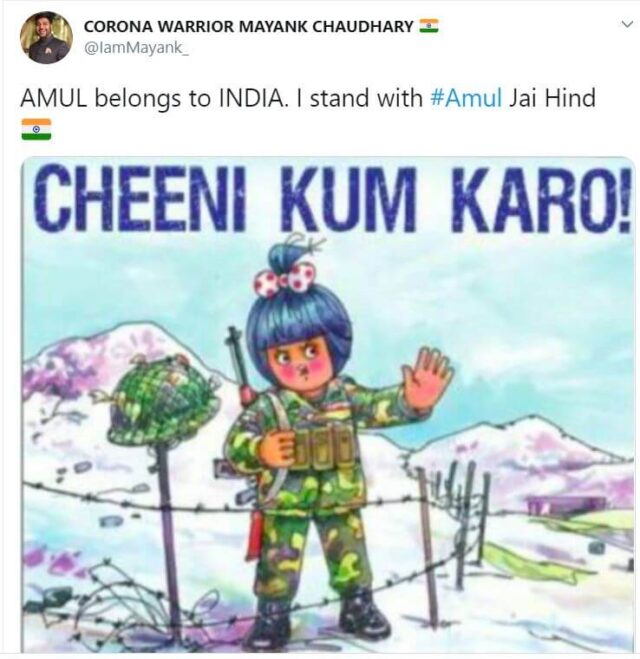 Indians have been flooding social media in support of Amul, an old cooperative which still holds the trust of the country. The topicals have a huge role in building a warm relationship with their customers.

The cooperative sets an example for all young entrepreneurial initiatives and how they can flourish by actively engaging with customers and taking stances of all current affairs.