Delhi University is a coveted institution which is a hallmark of inclusivity and diversity. It has a multitude of colleges with people from all across the country adding to its heterogeneous nature.

St Stephen’s College of DU has always been a little bit on its own. Right from the fact that the college releases only one cut off list before the rest of DU to the fact that they have a separate system of admission and their fest is only open to their students and alumni.

St Stephen’s college has recently been the talk of the town for demanding greater autonomy in a bid to become a ‘self-financing’ institution.

One of the proposals being made if the autonomy is granted is to introduce Theology as a discipline in the college as a replacement to Philosophy.

Theology as a discipline isn’t taught in any Indian educational institution apart from Aligarh Muslim University. There too, the study is limited to Shia theology.

Reportedly, the college aims to introduce the discipline in place of Philosophy as it isn’t taught anywhere else. Additionally, introducing it would perhaps lead to greater income generation.

Other colleges in the country teach courses surrounding religion within the ambit of the social, political and economical, but not in its entirety.

THE STORY INSIDE ST. STEPHEN’S COLLEGE

In a conversation with The Print, a member of the faculty at the college spoke candidly about the developments taking place in relation to this shift.

The professor said “Internal discussions about discontinuing the philosophy department and giving way to a theology department have been happening for some time now. The number of Christian teachers in the department has clearly increased, which will suit them in case it metamorphoses into theology.”

He further added “There are only 10 seats in the philosophy department and the admission procedure is strict. The department is being ill-treated by the college for the past few years.”

WHAT WOULD THE COURSE ENTAIL?

It hasn’t been finalized what the course would entail. Whether it’ll simply be Christian theology or the wider ambit of theology as a worldwide discipline.

If the institution, however, restricts itself to teaching only Christian theology, it would be a little problematic. Just as the teaching of Shia theology at AMU is confining it to the study of one religion.

IMPACT OF SHIFTING TO THEOLOGY

Theology as a discipline is taught in some of the world’s greatest institutions. If St. Stephen’s aims to become a part of that bandwagon, there should be no stopping them.

However, the one thing that I cannot fathom, is that why does it need to replace philosophy? The two are evidently distinct and have varying methodologies of study.

Philosophy is more practical and application based while theology is more abstract and has varying interpretations. I believe the two should be allowed to coexist.

Speculatively, by introducing theology in the college, ultimately the course would primarily get inclined towards Christian theology considering the demographic of the institution, which would eventually become problematic.

Additionally, St. Stephen’s College is already a minority institution which is somewhat exclusive. If the college shifts towards Christian theology, the institution would become even more exclusive and lose whatever little inclusivity it possesses today. 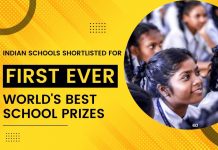 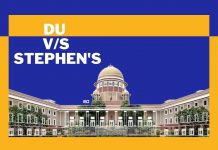 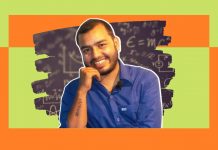 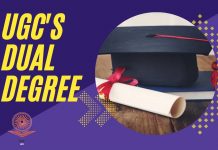 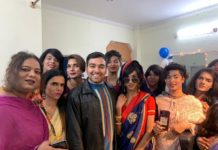 Lifestyle Sreemayee Nandy - June 29, 2022
Want some greenery in your life but don’t have the time to maintain it? Terrariums to the rescue! A Terrarium is basically your own mini...

Reviews Brand Voice - July 4, 2022
July 4: Vatsal Agarwal, 28 years old, is the founder of Simplex Coke and Refractory, which is an infrastructure service provider and manufacturer of met...