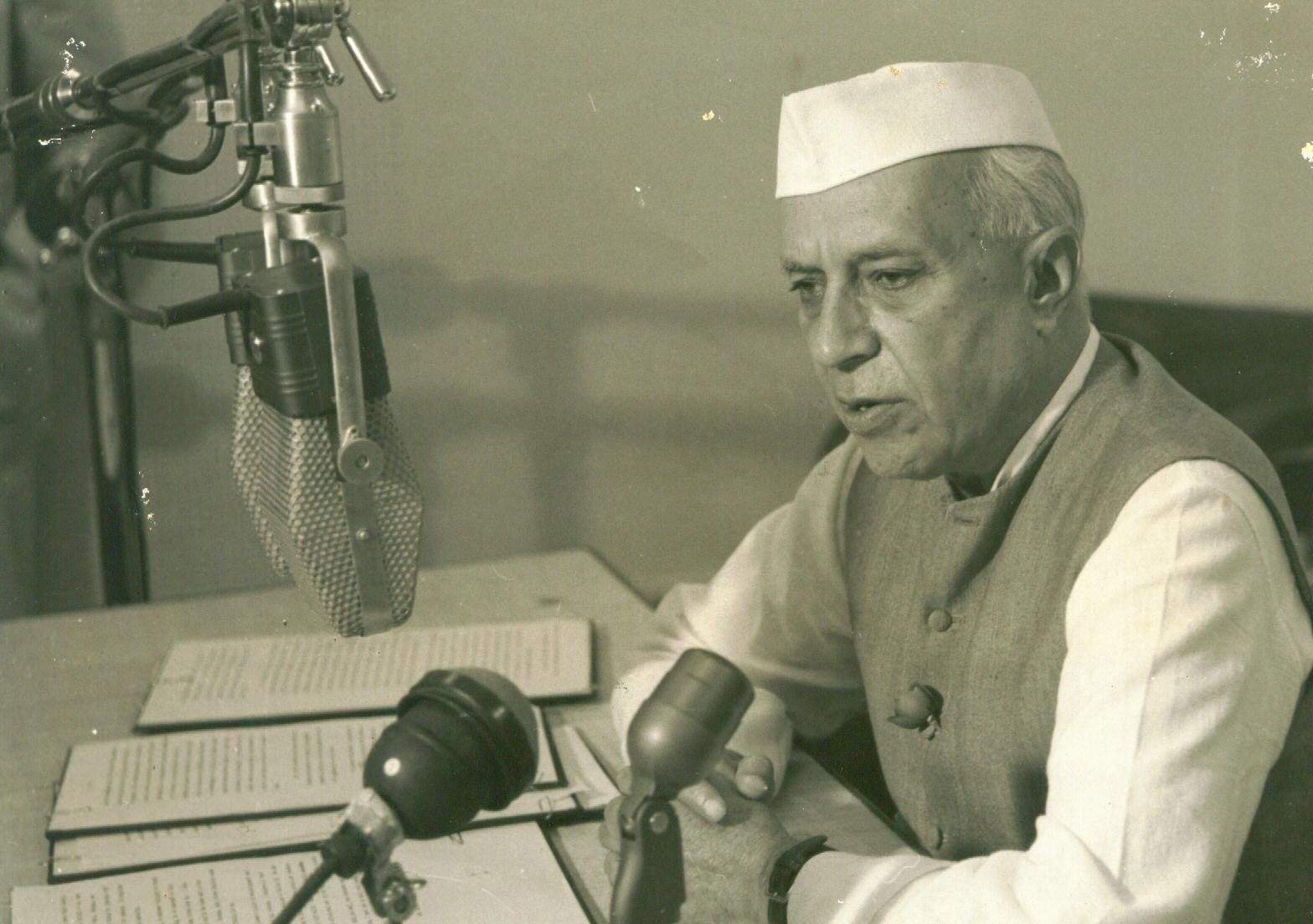 The preamble, which is a prelude to the Constitution of India, defines independent India’s goal as setting up a “SOVEREIGN SOCIALIST SECULAR DEMOCRATIC REPUBLIC”. 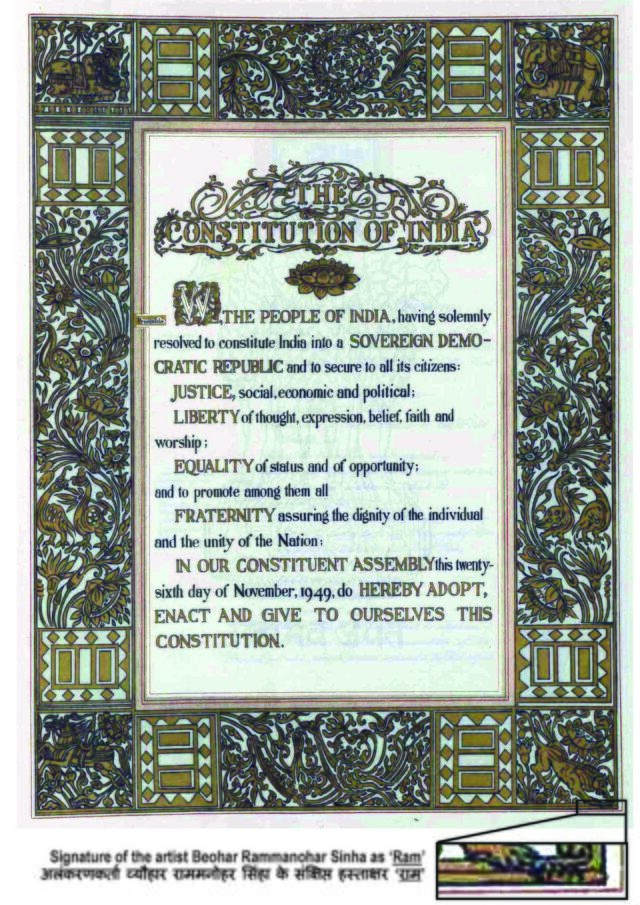 The policy decisions taken by our first PM Jawaharlal Nehru show a heavy inclination towards socialism. As in USSR, India adopted a centralized planning mechanism in the form of “Five Year Plans” for economic development and poverty eradication.

How and why Nehru became a socialist

While studying in Cambridge, Nehru was influenced by Fabian socialism, which resisted an armed revolution by workers and peasants for setting up a classless welfare state.

He believed in a slow and sturdy transition to socialism through parliamentary politics. It was based upon peaceful, rational deliberations and negotiations which played an eminent role in ensuring the welfare of the society as a whole.

During his visit to the USSR, he studied the Soviet social and economic experiment meticulously. He was deeply impressed by it but at the same time, it raised suspicions in him whether the Soviet model of development will work in the Indian context or not.

He expressed these apprehensions in his letters, which he wrote to the ministers of his interim government. These letters were later on compiled, edited and published as “Letters for a Nation: From Jawaharlal Nehru to His Chief Ministers 1947-1963”.

In one of the letters he asks, “Could (the communist) new economic approach, shorn of violence and coercion and suppression of individual liberty, be helpful in solving our problems or the world’s problems?”.

He said, “He came thereafter Stalin died in 1953 and, on the back of the Sino-Indian agreement on Tibet of 1954. Also, while India was mostly dependent on the U.S. for aid at the time, it was becoming increasingly clear that the U.S. was now putting its chips in with Pakistan for a military relationship. The visit also laid the foundation of India’s industrialization; while the U.S. focused on agriculture and food aid, Soviet aid came in for power and infrastructure”.

Read more: In Pics: Demystifying The Greatest Political Ideologies Of The World

Indira Gandhi and her left-wing programme

Indira Gandhi had accompanied her father, Jawaharlal Nehru in his visit to the Soviet Union and was perhaps also intrigued by socialism.

In a society dominated by misogyny and chauvinism, she took inspiration from the Soviet economic model to deal with the syndicate, a group of influential and powerful leaders within Congress as she faced the challenge of establishing herself as a national leader in the upcoming elections.

In May 1967, she got Congress Working Committee to adopt a Ten-Point Programme which was in stark opposition to today’s ideals of capitalism and liberalism.

She spoke in favour of nationalisation of banks and life insurance, abolition of the privy purse, ceiling on urban poverty and income, public distribution of food grains, land reforms, rural work programmes and provision of house sites to the poor for providing some relief to people living in dismal poverty.

Through her “Garibi Hatao” political programme, she amassed a following among the poor and disadvantaged sections of the society. Poor saw her as a saviour who would bring an end to all social and economic disparities and would provide them with dignity and opportunity to realize their full potential.

Her growth as a towering leader in the country is strongly linked with India’s victory in the 1971 Indo-Pakistan war and her political agenda which boasted a strong socialist inclination.

Socialism in decay in the present-day scenario

Slowly and gradually, socialism is falling into disfavour and ruin in India. Currently, Narendra Modi leads the government. He belongs to BJP, which is a known right-wing political organization, vocally supporting Hindutva, free competition and liberalism. 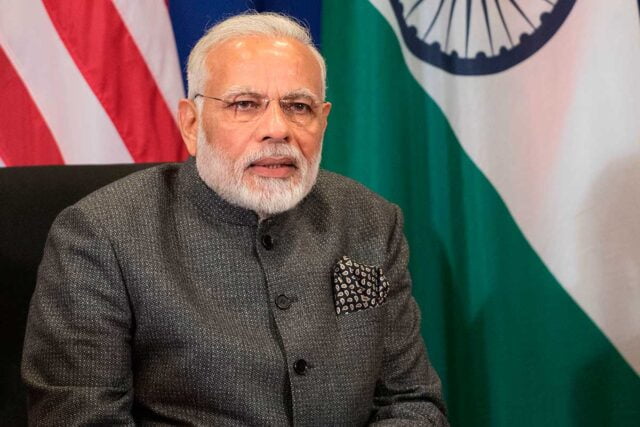 Many people put the blame of India’s early slow economic growth, which was below three percent, on Nehruvian socialism. Critics describe this realisation as a cold truth which is sometimes difficult to embrace.

State-owned industries produce poor quality goods and procurement of grains by the Food Corporation of India (FCI) was never successful in achieving its goal of food security. License Raj (reign via licenses and permits) left little opportunity for private companies and businesses to thrive and was definitely a dingy, baffling experience.

According to Matt Kilcoyne of Adam Smith Institute, a mixed economy introduced by Nehru paved the way for “corruption, cronyism, nepotism, investment, and divestment based on patronage and not profit”.

The failure of Nehruvian socialism in achieving high economic development was perhaps the most important reason for the ailing socialism in India.