Zoya Akhtar, Anurag Kashyap, Dibakar Banerjee and Karan Johar – the Four Horsemen-Esque directors of Indian Cinema are back with a third instalment to a series of movies. After ‘Bombay Talkies‘ and ‘Lust Stories‘, the latest one is aptly named ‘Ghost Stories’ dappling on the realm of the supernatural as well as the psychological.

The trailer of ‘Ghost Stories’ dropped on 13th December 2019. The release date was revealed to be on the very first day of the New Year 2020. Netflix announced that Ghost Stories will be released at the stroke of midnight.

As a horror movie enthusiast, I was looking forward to this. Judging from the promos, trailers and interviews, I gathered that it won’t be the particular ‘run of the mill’ Bollywood horror movie.

Akhtar and Johar’s stories do get predictable at the end while Banerjee and Kashyap’s will grasp you. This outcome is probably because this is the former duo’s first endeavour into the realm of horror. 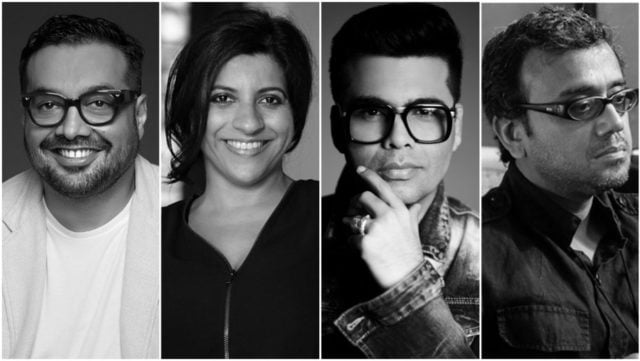 But if you are a keen watcher of movies, you’d notice the underlying imagery. Each one of the stories symbolizes a psychological or social disorder along with the supernatural element.

The anthology opens with Akhtar’s short, where nurse Sameera (Jahnvi Kapoor), comes to care for a deluded Mrs. Mallik (Surekha Sikri) who suffers from a bunch of illnesses. The old lady longs for her son, Armaan. In the end, it is revealed that the old lady died due to starvation, and Sameera was taking care of her ghost!

The story draws a parallel between the two women – Sameera is young yet longs for a married man out of love, while Mrs. Mallik is old and she too longs for her son to come and visit her. They both feel a sense of abandonment when the people they love do not reciprocate their feelings.

Mrs. Mallik (or the ghost of her) recognizes the abandonment, sorrow and advices Sameera to live her life for herself independently, something she could not do due to her fragile health.

This tale of a pregnant woman relies heavily on allusions and images where mirrors play a pivotal role. Neha (Sobhita Dhulipala) is an expecting mother and a housewife who takes care of her nephew after school.

It is later revealed that after her first child died within a few moments of its birth, she has been dealing with postpartum depression. She connects her fertility and pregnancy to an incident in her childhood where she unwillingly destroyed a bird’s nest. 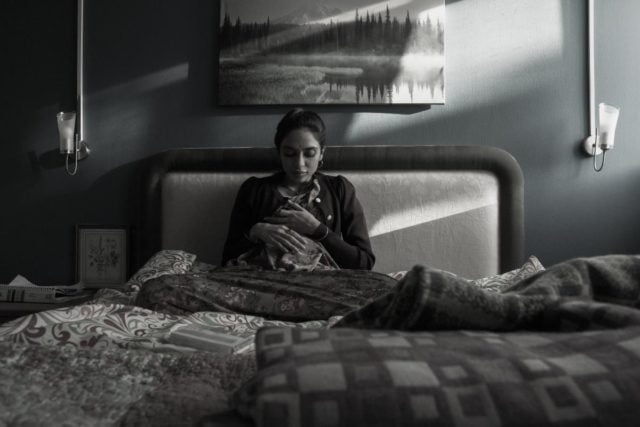 In this pregnancy, she cares for herself as well as tends to a bird’s nest. As soon as the eggs of this nest break, she has a miscarriage in a very gory and gruesome way.

This story is more of a psychological horror that deals with postpartum depression in women as well as childhood traumas. The nephew here is the source of supernatural as it shows that he might have some powers.

More symbolical and gory than the previous one, Dibakar Banerjee’s story explores the trope of a ‘zombie apocalypse’. An anonymous visitor comes to the small village of Bisghara to file a report on a school. But the town seems abandoned.

He gets to know two kids who tell him that the people of the big town ate the villagers and to temporarily survive, villagers started eating their own. The visitor does not believe the kids at first, but he has to when he sees one of the kids getting ‘eaten’ by the beast like leader (who was the councillor of big town and the girl’s father).

The story seems to end with the visitor begging for mercy from the zombie herd. But it looks like he was dreaming altogether in the abandoned Bisghara. He is rescued by the same people he saw in the zombie herd. 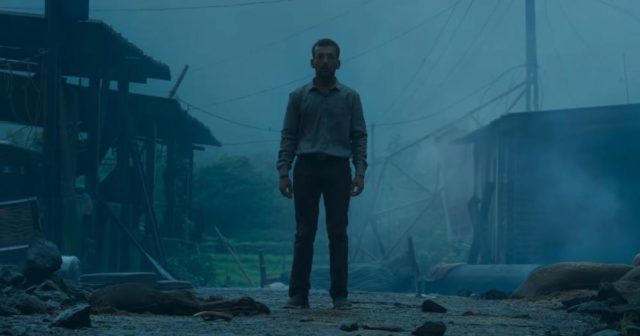 The end statement from the councillor, “We’ll be great again”, is something that is heard from politicians all over the world. The deadly herd is almost identical to mob lynches that will kill people who don’t follow the same ideology as them.

Banerjee’s ghost story is hard to understand and ambiguous making you watch it, again and again, to come up with better explanations.

Perhaps the most obvious of the four, ‘Granny’ has a visual opulence to itself but lacks a substantial plot.

Ira (Mrunal Thakur) gets married to Dhruv (Avinash Tiwary) who has an obsession with his dead grandmother. 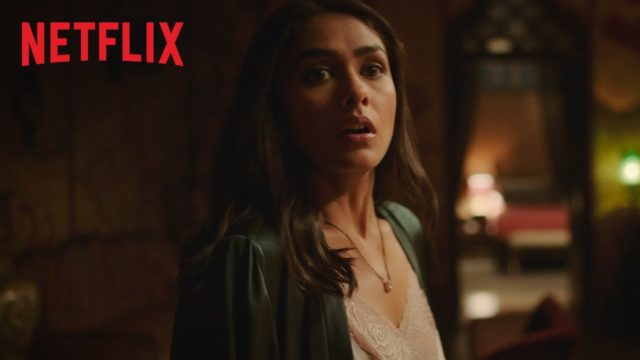 The story later reveals Dhruv was the reason that granny died, but she can not move to the next world due to her love for Dhruv.

The only thing I liked about this story is Kusha Kapila, who makes a cameo and comic presence in the role of Misha.

Whether Ghost Stories is a good film or not depends on the type of audience. I felt Ghost Stories breaks the stereotype of horror stories in Bollywood.

In a world full of movies like ‘Raaz’ and ‘1920’, Ghost Stories prioritizes psychological horror over stupid jump scares. It makes the audience think, which is a rare phenomenon in horror films of Bollywood.

Let me know what your thoughts about ‘Ghost Stories’ are in comments below!

If Netflix Is Tying You Down To Your Couch, Then This Movie App Will Force You Out Of The House: Here’s How

Facebook
Twitter
Pinterest
WhatsApp
Previous articleAn Artist’s Work Needs To Be Seen As Art, Instead Of Appropriating It To Serve Our Means And Spreading Hatred
Next articleIIT Roorkee’s Sports Fest, Sangharsh ’20, Will Brings Out The Warrior Inside These Future Managers

Angana Royhttp://edtimes.in
Sufferer of Existential Crisis and mother of problems