HomePoliticsAn Artist's Work Needs To Be Seen As Art, Instead Of Appropriating...
Politics

An Artist’s Work Needs To Be Seen As Art, Instead Of Appropriating It To Serve Our Means And Spreading Hatred

There are just a handful of times when Urdu poetry makes it to the headlines – one is Jashn-e-Rekhta, and the other when it is recited or sung by popular mainstream celebrities.

We have on the table another legendary Urdu poem, but for a ludicrous reason this time. A group of students at IIT Kanpur sang Faiz Ahmed Faiz’s ‘Hum Dekhenge’ during a peaceful protest against the on-going anarchy in the nation.

Shortly after, one of the faculty members of IIT Kanpur raised objections to it, claiming that the nazm propagates anti-Hindu sentiments. Following this, a committee was set up to investigate into the matter and ascertain whether it was against the Hindu sentiments.

After the silly claim, people took to their social media in defence of their beloved poet and his timeless masterpiece “Hum Dekhenge”. The IIT faculty weighed their options in time and saved themselves from further ridicule by stepping back, saying that there would be no inquiry into the matter.

Origins Of The Song:

The nazm is one of the most popular and most quoted ones by Faiz. Written by Faiz a long time ago, the revolutionary nazm has been eternalized by Iqbal Bano, when she defied the dictatorial regime of the Pakistani Zia-ul-Haq.

After assuming power in Pakistan, General Zia-ul-Haq imposed martial law as well as his subjective Islamization in his nation, which at its zenith, included a ban on wearing sarees by woman, owing to the garment’s Indian origin.

In open defiance, the well-known singer Iqbal Bano donned a black saree and sang this very revolutionary song to an audience of about 50,000. The lyrics of the song verbalized not only the suppressed voices of all present there, but also of all the other similarly subjugated people from around the world.

The song was written by Faiz Ahmed Faiz, an atheist and critique of fascism. He was given the Nobel Prize and the Lenin Peace Prize for his brave take on the tyranny of those in power. It is only ironical that his work is criticised for being ‘anti’ one religion!

The popular French phrase aptly sums up the way with which a work of art must be looked at. Art must be appreciated for what it is and what it tries to convey. Faiz, being an atheist, injected religious metaphor in his works so as to unite the people against despotism.

Even in “Hum Dekhenge”, the lines being offensive only use a religious metaphor to speak about a bigger issue.  The god being invoked in the nazm refers NOT to a deity of a particular religion but speaks of the Universal Almighty, and the “Khalq-e-khuda” talks not of one community or group, but of /every common man and woman who needs to unite and stand together in the face of tyranny.

Faiz’s daughter Salima Hashmi said to the PTI, “A group of people investigating the poem’s message is nothing to be sad about, it is very funny…Let’s look at in another way, they may end up getting interested in Urdu poetry and its metaphors. Never underestimate the power of Faiz.”

Notable Punjabi poet Amrita Pritam was once similarly criticised for employing a Muslim poet (Waris Shah; in her poem “Aj Aakhaan  Waris Shah Noon”) as her inspiration. She lashed out on people for communalising great poets and their works. 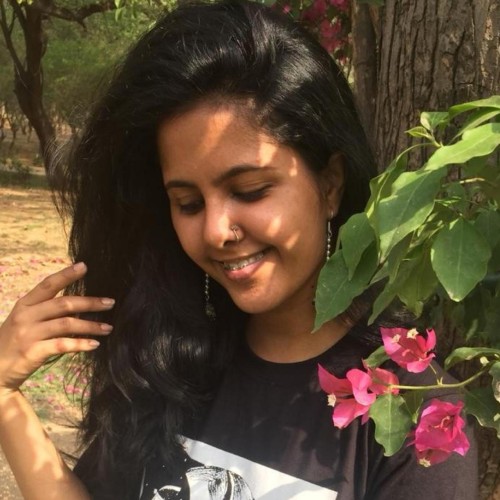