Home Entertainment Netflix Wants You To Stop Labeling Movies As ‘Chick Flicks’ And We... 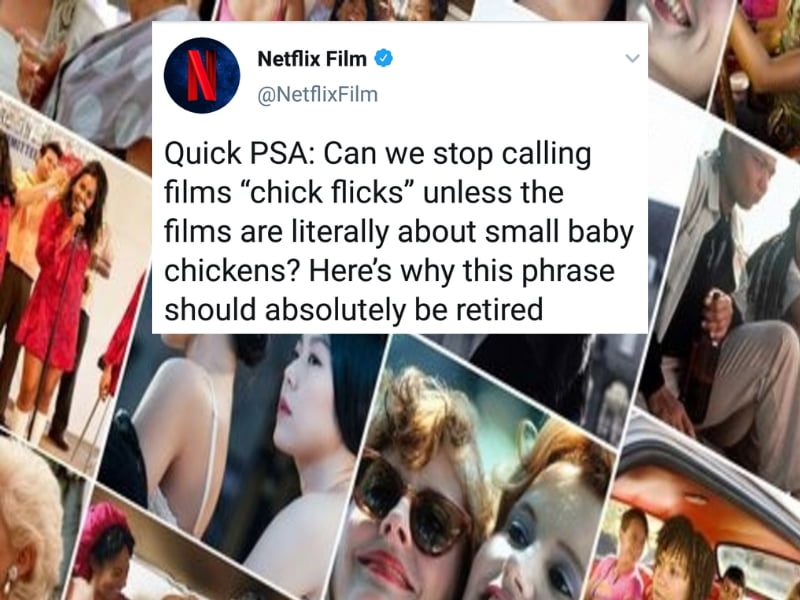 What is the first thing that pops up in your mind when you hear the words ‘chick flick’?

I’m guessing it’s a typical rom-com (romantic-comedy) movie with a female lead that is basically meant to be watched by females.

If this is exactly the first thing that came in your mind upon hearing the words ‘chick flick’, then here’s a little something from Netflix, the popular streaming service, you need to take note of.

Netflix’s official Twitter account for its movies, @NetflixFilm, called out those who call films ‘chick flicks’ in a Twitter thread and reasoned why this phrase should be retired forever.

In what was a PSA (Public Service Announcement), Netflix said that the phrase ‘chick flick’ should only be used when a film is literally about small baby chickens. 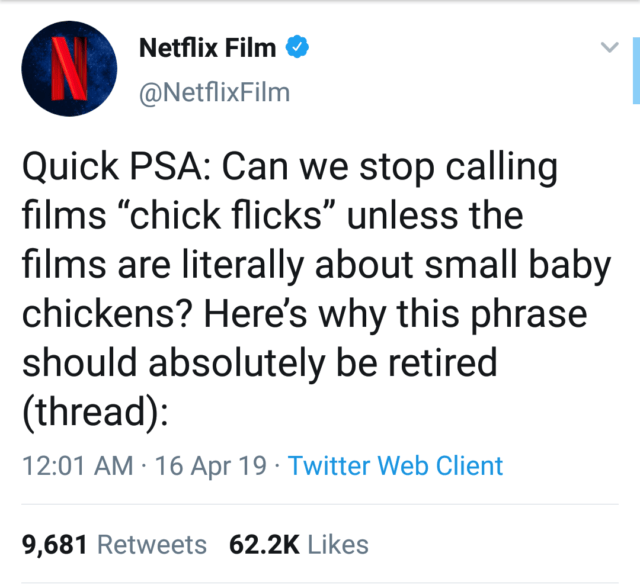 What Are Chick Flicks?

The account went on to explain what chick flicks suggest and how the term derogates the amount of hard work and effort that goes into making these films.

Chick flick is a slang term typically used for films that deal with subjects such as love and romance. The target audience of a supposed ‘chick flick’ is typically female and such films usually have female leads.

Also Read: 1000 Rs/Month Gone On Netflix, Amazon, Hotstar, Spotify: How To Get This Bill Down

Disrespectful To The Ones Making The Film

When you label a film as ‘chick flick’, you impliedly demean the film by calling it a film for chicks, or women, which is wrong in the first place for two reasons –

First, you suggest that films dealing with subjects of romance and love are meant for women only and that they do not appeal to men.

There are a countless number of men out there who are into romantic films and probably cry as much as the ladies do.

Second, you instantly berate the work of everyone involved in making such films and raise question marks over their ‘manliness’. 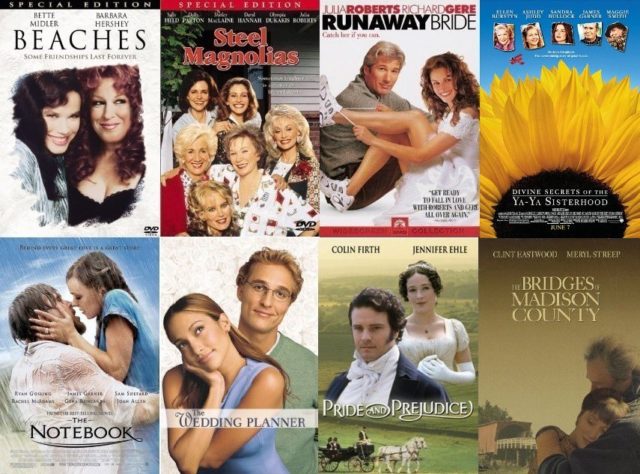 So when you label such films as ‘chick flicks’, you suggest that the director, as well as the actors in the film, are feminine and they do not deserve as much credit as someone like Anurag Kashyap, who is known to make ‘manly movies’.

More often than not, people develop pre-conceived notions about a film that has been labeled as a ‘chick flick’. It suggests that the film is more appealing to women and that men won’t necessarily enjoy the film.

Another implication of this phrase is that it suggests that while films with male lead are appealing to everyone, films with female lead appeal only to the female section of the society.

This habit of ‘gendering’ films is not healthy for the industry, especially at a time when films with female leads are starting to garner appreciation from the audience.

While it may be argued whether Twitter was the right platform for Netflix to talk about the issue, the fact that someone finally addressed it was a win for Netflix in my honest opinion.