A few days ago, I read an article written by my friend which essentially asked ‘Why is height a restriction in the Indian Army? Why is patriotism measured by how tall someone is?’

In this article, I aim to answer those questions and hopefully spread awareness by shedding light on the rigorous physical and mental standard tests that I’ve been through myself, to be selected in the Indian Armed Forces.

What Does My Height Have To Do With My Love For India?

Honesty, nothing. Your height is, in no way or form, a measure of how much of an Indian you are. You could be short or tall, slim to the bone or a bodybuilder, male or female, or any other gender – an Indian is an Indian regardless of race, religion, caste, body shape, size or political alignment.

But, your height has everything to do with the kind of training you’ll be put through to become a capable soldier or officer of the Indian Armed Forces. 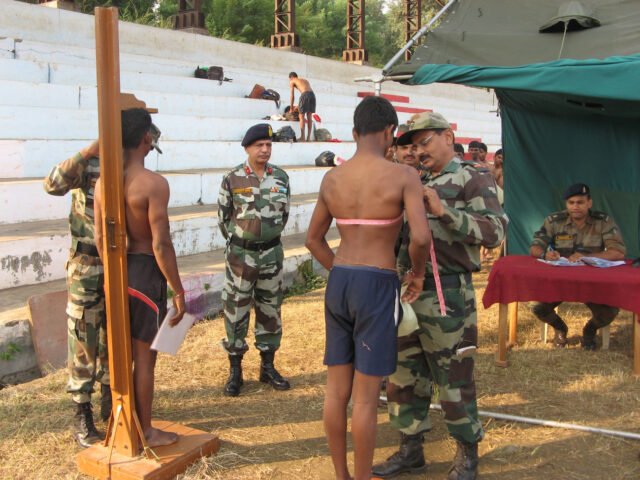 Take Indian Army for example. The weapons that are manufactured are of a certain shape and size. Weapons manufacturers cannot keep making different sizes for different people.

They make ammunition to match a certain universal standard and so, naturally, the capability of the person to handle such a weapon will depend on their height.

The Obstacles During Training

A person shorter than a certain height might fall and break bones while going through the obstacle courses. It is not that the obstacle course isn’t built only for tall people. It is built  to replicate real world terrains like mountains, ridges, rivers, big trees, etc.

If we don’t consider the real life scenarios during training, then what are we even training for? 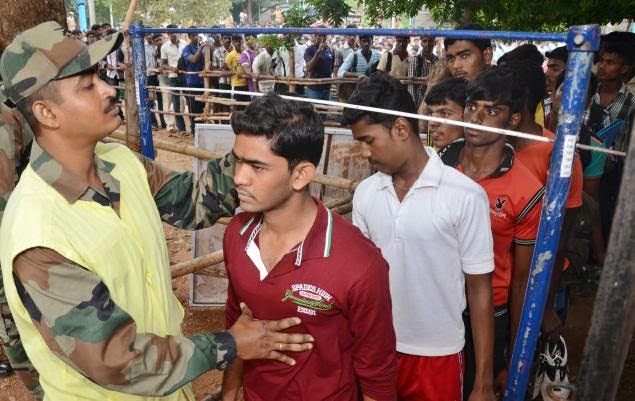 Vehicles like tanks, armored trucks, etc. are made for a certain standard human size. If not one size, a range at least. This cannot be changed as per the people recruited, again, due to manufacturing protocols around the world.

Being too tall, or too short is always going to hamper the operational capabilities of the team in the military.

For those wondering what the medical standards are, you can check them out here. After written exams and interviews, there is a series of medical tests that every soldier or officer candidate has to go through.

These tests go on for 2-3 days in a row and are really important so that we get only the best of the best men, physically and mentally, at the borders protecting our country.

Why do we need the best of the best, you ask? Because mistakes in the military come back home in body bags and cost the nation its respect as well as security.

This is why the Indian Armed Forces have very stringent physical standards for recruitment. If we compromise on any of the parameters of recruitment, which have been established after almost seven decades of recruiting the finest men and women into the military of this country, then we would be compromising directly with the security of this country.

Sources: Author’s Own Experiences And Thoughts