Home Politics Here’s What Shashi Tharoor’s Book, ‘The Battle Of Belonging’ Has To Say... 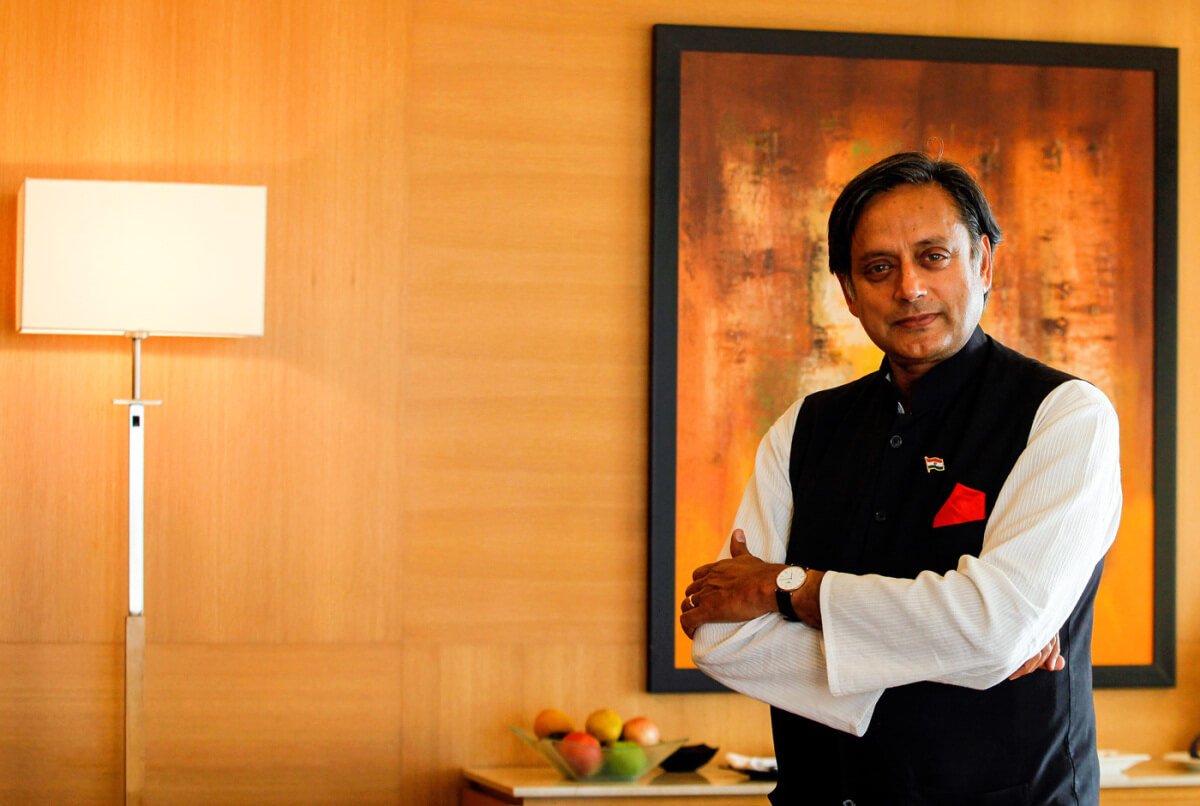 Recently, Shashi Tharoor released a new book, ‘The Battle of Belonging’ on Saturday, October 31, 2020. In the book, he talks about how the triumph of the Hindutva movement will mark the end of Indian era.

He says in his book, “Hindutva is not Hinduism; it is a political doctrine, not a religious one”. The entire book revolves around the political ideology which has become quite controversial in the last few years.

What is the new book all about? 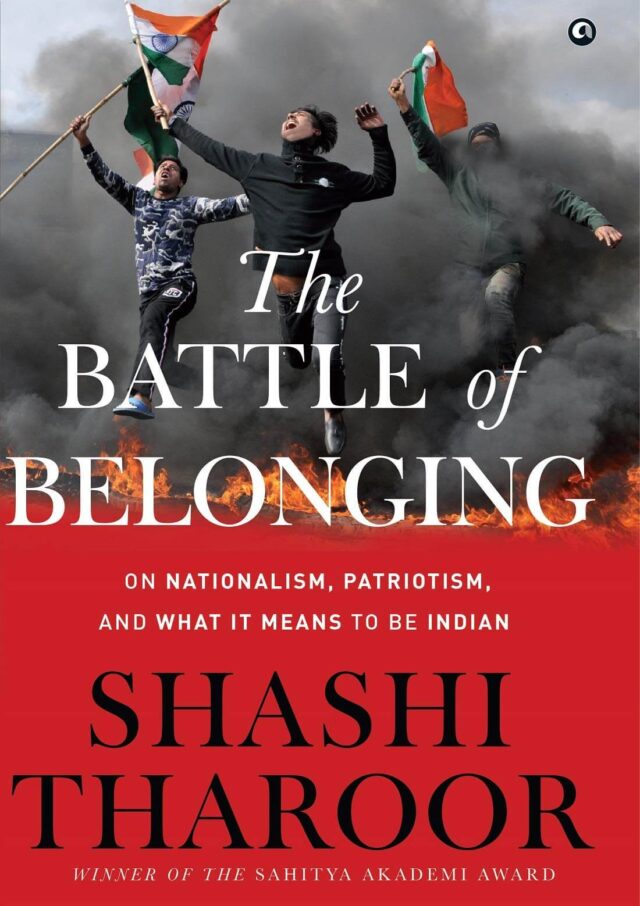 Dr. Shashi Tharoor is an author, senior Congress leader, former international civil servant and a member of parliament as well. He has written quite a few books previously as well.

In his latest book, ‘The Battle of Belonging’, he tries to explain what nationalism is and what it can be to give a clearer view of factors in play that give birth to the ‘Idea of India’.

The book is divided into six chapters that explore the historical and contemporary ideas of nationalism, patriotism, liberalism, democracy, and humanism that have emerged in the 18th and 19th centuries.

The book also gives Shashi Tharoor’s perspective on the predominant political ideology of Hindutva which focuses on a religion-based nation-state.

The topic has been quite controversial over the years. Hindutva has been advocated by the Bharatiya Janata Party (BJP) and Tharoor holds the view that the party will pave the way for the creation of a “Hindu Pakistan”.

The comments sparked a heated political environment. Even the Calcutta high court had stayed an arrest warrant against him.

Ashok Gehlot, the chief minister of Rajasthan said that “BJP is preparing a ground for a Hindu Rashtra.” But what exactly is a Hindu Rashtra that the BJP is aiming for?

Is it the ‘Ram Rajya’ that Gandhiji believed in or is it the ‘mirror image’ of a ‘Hindu Pakistan’? In his book, he explains that BJP is trying to make a religion based nation-state just like the concept of ‘Hindu Pakistan’.

It is quite disappointing as our freedom movement wasn’t fought for creating intolerant states. Our constitution too was written with the intention of creating a secular and tolerant state.

The Indian version of ‘divide and conquer’

The construction of Ram Mandir and abolition of Article 370 has changed the political climate of the country quite a bit, it has been especially of importance in the Bihar elections.

The Prime Minister’s comment, in his first rally, that the restoration of Article 370 would be an insult to the valour of the sons of Bihar are deftly being woven into speeches to gather votes.

He further added that when the CAA (Citizenship Amendment Bill) came, the opposition tried to mislead people by lying and creating fear in the minds of the public.

Tharoor staunchly opposes the Citizenship Amendment Act. According to him, the bill was nothing less of an easy way out which excluded members of a particular community. By excluding members of just one community, the law seems to be against India’s principle of secularism.

India’s former Foreign Secretary, Shivshankar Menon, stated that CAA was a ‘self-inflicted goal’ of the government that has isolated India and showed it as being intolerant as Pakistan. 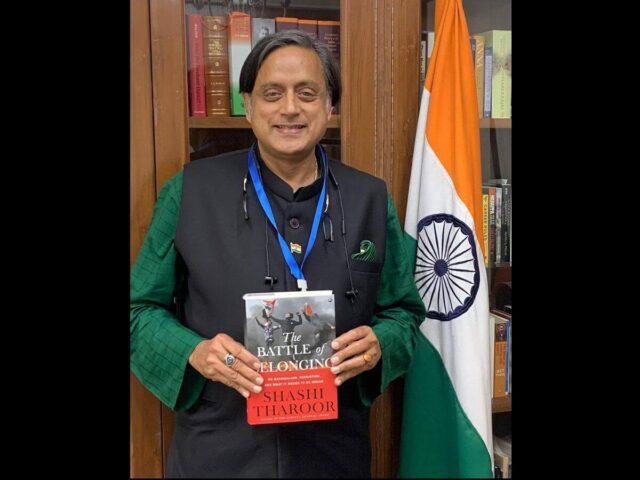 Shashi Tharoor related the current political situation to the troublesome situation of communalism at the time of independence in 1947. He says, “The Hindutva movement is the mirror image of the Muslim communalism of 1947.” He adds, “Its triumph would mark the end of the Indian idea.”

He further adds that ‘Bharat Mata Ki Jai’ is an alleged ‘acid test of Indian nationalism’, to which he says that just like our fundamental right of speech is respected and celebrated, our right of silence should also be respected.

He explains that the reason behind it is that some Muslims say, “Tell us to say Jai Hind, Hindustan Zindabad, Jai Bharat, we’ll do it — but do not ask us to say Bharat Mata ki Jai.”

He further explained that for him no other God exists than the one God of Truth and righteousness and even if the existence of Lord Ram might be just an imagination, the ancient ideal of the Ramayana is undoubtedly one of the pure forms of democracy, in which even the meanest citizen could be sure of swift justice without an elaborate and costly procedure.

The path to ‘Ram Rajya’ or a ‘Democratic India’

In the end, it all comes down to people, values and how we would like to shape a future that works for all of us by putting people first and empowering them.

In its most pessimistic, dehumanized form, the increasing bigotry and intolerance, where we are willfully driving sectarian wedges between ourselves and being overtaken by the intolerant majoritarianism that has no appeal, will deprive us of our glory as an Indian.

Today’s decision-makers, however, are too often trapped in traditional, linear thinking, or too absorbed by the multiple crises demanding their attention.

Thus, it is compelling on us all to make sure we lift ourselves and our fellow citizens into a new collective and moral consciousness based on the fact that we need to create a peaceful shared environment to live in.

However, to do this, we must develop a comprehensive and globally shared view of how the current rigidity and prejudices create a division in the society and how to tackle them. They are affecting our lives and reshaping our economic, social, cultural, and human environments. There has never been a time of greater promise, or one of greater potential peril.

Even with the controversial comments and topics highlighted by Tharoor, it is important to note the need for a healthy and secular environment in the country.