Home Technology Having Google Assistant In Your Home Can Be More Dangerous Than You... 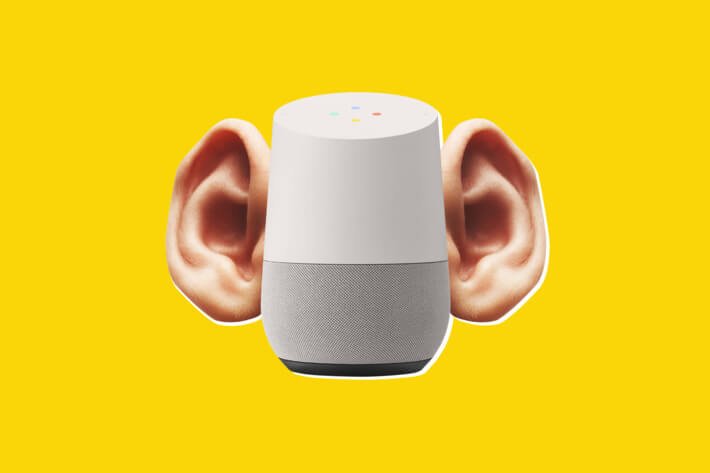 Google is coming with big plans to integrate artificial intelligence or AI into all its sectors and the first would be Google Assistant.

Google Assistant is perhaps the most impressive product from Google that comes integrated into all of its Pixel phones and is now available even on basic Android devices.

The intelligent and voice-activated computer software powered by AI is supposedly the solution to all our problems as it can give smart responses to almost all of our questions and queries and even predict your next actions.

What’s more: it can do a number of things for you like book an appointment, suggest you places to go, search out things for you, control the television and more.

Google Assistant is already available in Google Allo, Translate and Photo and is said to be so very useful that you will want to purchase any product that has it already loaded.

Along with that, another device by Google that we are seeing everywhere especially on advertisements on television would be the Google Home, a smart speaker, powered by Google Assistant that can hear your commands and carry them out.

These include connecting your Netflix to the television and operating it from there, singing lullabies and doing basic Google searches without you having you type in the words and just speaking it out to your Google Home device. But, there might be more dangers to these two than we think, here let us take a look at what all they might be:

According to sources, in order to give the most accurate response to the user’s command or question, Google Assistant will need access to all the data on the device.

In order to fully reap the benefits of Google Assistant you will need to give it entry into contacts, storage and even your Google Allo app, the platform’s own messenger application.

After this Assistant will be able to see and record everything you type and any other contents on your screen.

Through this, it will map out your daily activities and gather data from your habits, what you are sending and all in order to be as specific and correct in finding out your likes and dislikes.

But in order to use Assistant to its full abilities, a big drawback will be the lose of encryption from the Allo app. Turning on Assistant means to provide it permission to peek into whatever you are doing on the device and that includes the messaging app.

Encryption of Allo is said to be of the highest level, and hides messages and content on the app from the provider, government and most importantly any hackers that could exploit your data. Turning it off just to use Assistant will also mean making your data vulnerable to hacking and misuse. Read More: Indian Govt. Rejecting Google Street View Makes Sense Considering How Dangerous It Can Be For Us

Easy for Family To Snoop

Being a multi-user gadget, it is possible that it could get confused between the voices and reveal information about another user.

Anyway, it is possible to keep a supervising eye over kids with Family Link option where parents can oversee what their child is doing.

The last but not the least thing it does it make one overtly dependent on technological things for even the smallest of tasks.

Instead of doing it manually, one will get so accustomed to getting Google to do it that they will forget how to use their own brain.

This could spell trouble for future ages.