The world of technology just received its latest gift from the world’s favourite video-sharing website, YouTube. After the conclusion of an event in Los Angeles, YouTube announced the launch of its very own streaming TV service –YouTube TV.

Since streaming TV services over apps is a becoming a major trend nowadays, it would be interesting to see how well does this new venture of YouTube survives against already established streaming TV based apps such as SlingTV, Hulu, Netflix and Playstation Vue.

What Exactly Is The Trend Of Streaming TV Service?

Our generation is one that wants everything at the tips of their fingers. Hence there’s no wonder why these entrepreneurs and developers who come up ‘just a click away’ apps, are doing so well.

Television has always been a crucial part of one’s everyday life. You go home, you take the remote and you spend hours staring and switching channels from one crap to another. I mean that’s just how it works.

Now, replace the troubles of getting up your tushy to get the remote with being able to watch TV on your phone. Yeah, that’s it. That’s what streaming TV service brings to the table. The entire world is conspiring us to make us lazier every day, I tell you!

The methodology of streaming TV over the internet is termed as Internet Television. With YouTube entering this section of the business venture, it’s pretty evident that Google doesn’t want to be left out from the rat race of generating revenue from the streaming TV services.

YouTube TV will be launched with a mix of broadcast and cable television with the free addition of YouTube Red services. The $35-a-month service can allow up to six user accounts for each member of the household, offering recommendations on the basis of their taste.

The array of broadcast networks is considerably huge including channels such as ABC, CBS, Fox, NBC, CW, ESPN, Syfy and Disney. Add-ons such as Showtime would also be available.

The downside is that it lacks some notable cable channels such as HBO, CNN and Cartoon Network. But another perk that YouTube TV is providing its user is an unlimited amount of DVR storage space. Nice!

The service will be first rolled out for the US and then soon it’ll start operating in different markets. As of now, Google hasn’t revealed any plans of launching it in India, but it can be expected since YouTube receives over a billion page views every month from India.

Does That Mean TV Is Soon Going To Be A Passé’?

According to Google, users watch as many as 1 billion hours of video a day on YouTube. With such a great number on their sides, it would be shocking if Google didn’t think of employing it to launch something such as YouTube TV.

And there’s no denying that not only millennials but even the people belonging to Gen X have made themselves familiar and comfortable with the concept of the internet.

Sure, there are going to be some loyal fans of TV who wouldn’t leave it for the world but then, those people would eventually have to catch up with the running trend of Internet TV at some point or the other.

But nevertheless, it is going to happen. Streaming TV services would gradually mean the end of cord based traditional television.What would be more interesting to see is how this currently nascent internet TV would actually wipe out the traditional TV. I think the internet is going to take over the existence of humankind, one day. Jeez! 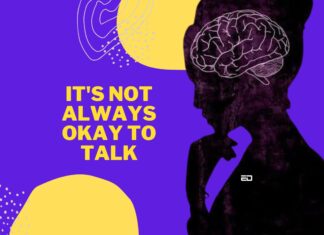