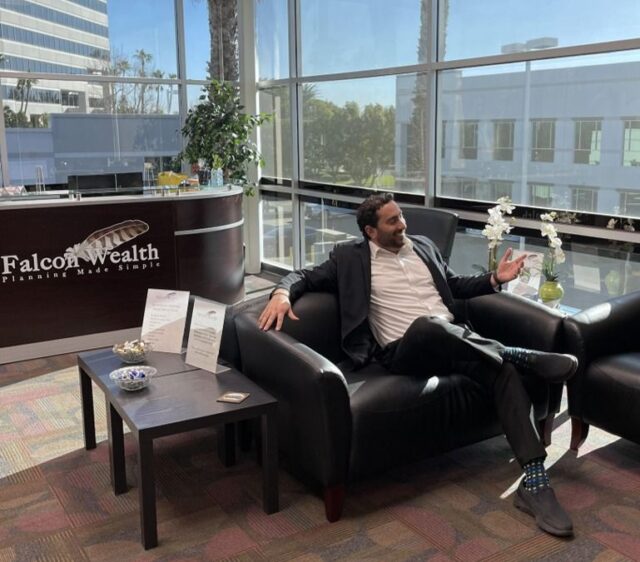 From a young age, Gabriel Shahin knew he wanted to pursue a career in finance. The oldest of four kids, Shahin excelled in school, and though he was small in stature, his drive and competitive nature contributed to his success on the football field and basketball court. He applied to Arizona State University with hopes of being accepted into their accounting program. Their rejection came as a crushing blow, but he persevered nonetheless and went on to obtain his bachelor’s degree in Business Administration. However, finance was still his passion, so he was thrilled to land a position with the US Bank upon graduating. He thrived in this position, and at just 21 years old, became the youngest branch manager in the company’s history.

Unfortunately, a year later, tragedy struck the Shahin family when his father passed away unexpectedly. In an instant, Gabriel Shahin’s life changed and as the eldest, he was shouldered with a great deal of responsibility. He decided to take a few months away from his management job to focus on getting his father’s affairs in order and spend time with his family. During this time, he began coaching his youngest brother’s basketball team, eventually leading the team to the state champion. Over the next few years, Shahin worked with several large financial institutes, including Wells Fargo and Ameritrade, but he never felt they were the right fit.

So in the Spring of 2015, he decided to take the leap and set out on his own to found Falcon Wealth. “The timing was insane,” Shahin recalls with a chuckle, “My wife was 7 months pregnant with our first daughter and I had just started my MBA program. That first year was really difficult.” As Shahin navigated starting a new business and fatherhood, he never lost sight of his vision for the company. In many languages, Shahin means ‘Falcon.’ “We have a saying in my family, ‘We are Shahins (Falcons), we fear no storm. We fly over the storm,’” says Shahin. Looking back, he believes every trial he experienced was preparing him for the man and leader he is today.

Based out of Los Angeles, California, Falcon Wealth is a comprehensive financial planning firm with a heavy emphasis on tax planning. They are a fee-only, true fiduciary, meaning they do not make any commission off of products and are ethically bound to do what is in the best interest of their clients. “My decision to be fee-only instead of fee-based was an absolute no-brainer,” Shahin explains, “I want to be able to look my clients in the eye and know I am doing what is best for them.” Aside from his commitment to integrity, Shahin also has a competitive nature that motivates him to pursue a challenge. Shahin comes from a long line of leaders, who taught him to do the right thing from a young age. Indeed, Shahin was named after his grandfather, the Mayor of Bethlehem Israel, and a father of 12 children. Shahin recalls his commitment to ethics and seeks to model those same values in his leadership and parenting style to this day. “I believe that if you selflessly help people, it will selfishly benefit you. Just be a good human being, and good things will come your way,” says Shahin.

His advice to individuals choosing an advisor? “Make sure you have a strong connection with your advisor,” he says, “Understand the type of firm they work for and their motivations.” Unfortunately, not every advisor is going to have their client’s best interest at heart. “There are few situations in which you have to put more trust in another person, so take your time, do your research, and make an informed decision,” advises Shahin.

To learn more about Falcon Wealth and their strategic approach to wealth accumulation, retention, and tax planning, visit https://falconwealthplanning.com/.