Home Politics Fridays For Future: Why Are Teenagers Protesting All Around The World? 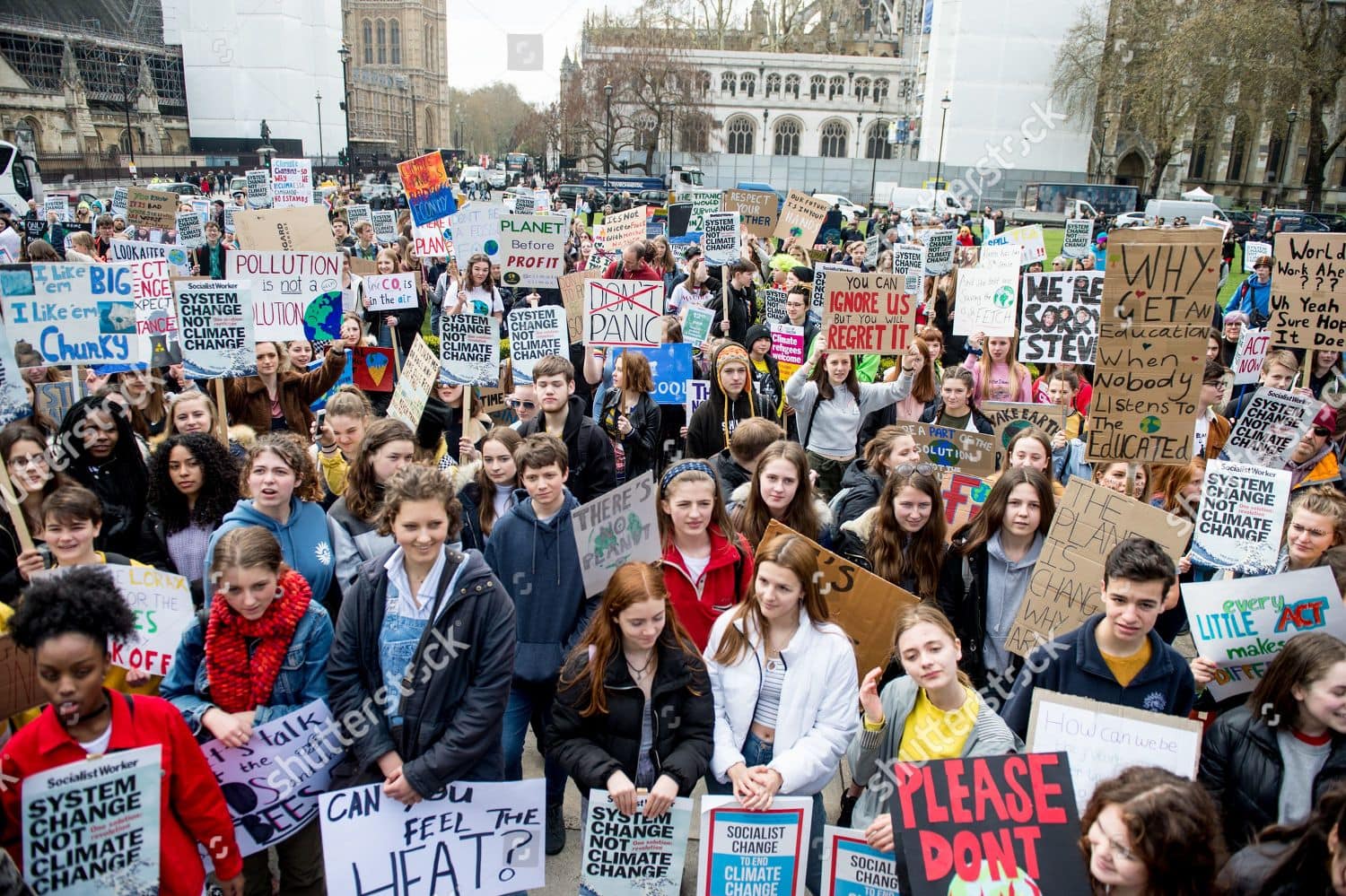 The calls of our friendly neighbourhood Swedish climate activist, Greta Thunberg, were heard all around the world, as teenagers lined up in parks and public places all over. The call for a better, safer and more climatically viable future had rallied the entire student fraternity together.

The Fridays For Future initiative has been at the forefront of climate activism, as Thunberg came unto the United Nations’ platform to speak about it in 2019.

Thus, on Friday, the movement was last seen in London, as scores of students flocked all-around numerous public parks, calling for the administrative powers to take note.

The beck and call for them to look upon the climatic red flags for a safer future for the teenage students illustrated a sense of deep concern. Thunberg’s movement had begun and how!

What Is The “Fridays For Future” Movement?

The movement spearheaded by Greta Thunberg was initiated as a way for future generations, specifically the Gen-Z, to fight for their climatic future.

Owing to the deteriorating state of our natural world, Thunberg’s idea was to demand answers from the upper echelons of our society concerning the question of combating climate change.

The entire movement had begun in 2018 when Greta Thunberg, then a 15-year-old, waited outside the Swedish Parliament for well over three weeks to protest against the “lack of action on the climate crisis.” After the movement gained traction, she made it a habit to sit outside the Parliament every Friday until and unless the Statespeople did something.

The succeeding year, in 2019, as the United Nations Climate Action Summit was about to commence, students in 2000 cities, all around the world, took to the streets questioning their government on what they had planned to fight the climate crisis.

The Fridays For Future commenced on the 20th of September, 2019 and continued till the 27th of September of that year. The Climate Action Summit had Greta Thunberg as the primary speaker and it provided us with one of the most influential speeches of our generation.

“You have stolen my dreams and my childhood with your empty words. And yet I’m one of the lucky ones. People are suffering. People are dying. Entire ecosystems are collapsing. We are in the beginning of a mass extinction, and all you can talk about is money and fairy tales of eternal economic growth. How dare you!”

It is an excerpt from the speech that sparked hope in the minds of the million students and working adults alike, who took to the streets the world over. Even in India, the movement saw citizens protesting in the major cities.

From the northern metro of Delhi to the far south city of Bangalore, the protest rocked the length and breadth of India in a manner that hadn’t been seen before.

The protest in Delhi was a sight to behold as students from all sections of the society walked from Lodhi Gardens to the Ministry of Environment, Forest and Climate Change in Jor Bagh.

All people singing the song of climate change in unison, their hearts placed upon their sleeves. It is possibly one of the major takeaways of 2019 that struck a chord, not just nationally, but internationally.

Also Read: In Pics: Some Young Unknown Greta Thunbergs Who Are Doing Some Amazing Climate Change Work Too

What Is Happening With The “Fridays For Future” Movement Now?

The Fridays For Future Movement has now sparked off in spectacular fashion as people from all around the world took to the streets, once again, in tandem. The beauty of this movement is not just the fact that it is about our climate but the fact that it is not limited to a certain continent or only to the developed nations.

This time around the movement sparked off a conversation from the ground up in countries such as Brazil, Bangladesh, Pakistan’s Gilgit-Baltistan, Sierra Leone and such other countries. The previous time around, the movement had mostly limited itself to the developed nations.

The movement began with Germany, as the Germans have begun to gear up to choose the successor to the present Chancellor, Angela Merkel. With the elections knocking at the door, Greta Thunberg took to the streets in Germany herself and addressed the crowd protesting outside the Reichstag, the German Parliament.

“Yes, we must vote, you must vote, but remember that voting only will not be enough. We must keep going into the streets.”

Although the overall attendance in the protests was high enough, the climate activist had to employ other strategies to protest owing to the pandemic to ensure maximum participation, including digital protests.

The protests were meant to coincide with the opening of the United Nations General Assembly as they discussed climate change in totality, in New York. Activists are also gearing up for COP26, or the UN Climate Change Conference, which is to be held in Glasgow, Scotland, under the presidency of the United Kingdom.

The waves had been felt everywhere, which a few pictures can provide a basic idea of everything that went down, the world around.

The future shall be in safe hands if we choose to trust our succeeding generations with the baton of progress. And, in all fairness, they might just do a better job than what the ‘grown-ups’ have done with the reins of the game.