A media trial is when a variety of publications—newspapers, magazines, television networks, and social media platforms—interpret the facts of a certain case and present them to the public. The main goal is to serve as an investigative mechanism crucial to a fair trial.

In several cases, however, the nation has seen “Media Trials,” in which the media portrays an accused in such a way that the public feels he is guilty of the offence before the Indian judiciary renders its decision.

Needless to say, media trials have a huge set of pros and cons.

“Temporary as these allegations were, the scars they left behind are permanent.”

Violation Of The Presumption Of Innocence

Every person is innocent unless proven guilty. This convention is often ignored in media trials. In a few instances, the media play a crucial role in convincing the general public that someone is the victim and authoritatively naming someone as the perpetrator before the inquiry is complete. This not only challenges the justice committee’s decision but also damages the accused’s reputation.

Gossips For A High TRP

In a fierce rivalry to provide the most compelling stories that draw viewers in and increase their TRP, many news outlets compete fiercely with one another. They end up conveying incorrect information at the expense of making it sound engaging as a result.

It interferes with the effective execution of court orders. Simply put, media trials dominate and cast doubt on the CBI teams’ and justice courts’ judgments. People believe in the media and its independent investigations.

An infamous example of such a scenario is the Aarushi Talwar murder case. Rajesh and Nupur Talwar who were arrested in charge of their 14-year-old daughter Aarushi and domestic help Hemraj’s murder received huge media coverage.

Not only did the media declare them guilty even before the court proceedings could start but they also spread accusations and gossip about the family’s personal lives.

In 2017 the parents were declared free of all charges but by that time their reputation was completely ruined by the media. Imagine the grief of having to lose your daughter and be alleged for something as heinous as murdering your own child. Imagine their psychological condition. Temporary as these allegations were, the scars they left behind are permanent.

Spreading Misinformation And Tormenting The Accused

In other instances, legal action was taken against a number of publications and websites for spreading misinformation to the public that would lead people to believe that a specific person is to blame. Biased information can traumatise those who have been falsely charged.

Although the court hasn’t stated explicitly that a trial covered by the media is unconstitutional, the courts in India may nonetheless find it to be so because, in accordance with the Indian Constitution, the media is violating the right to privacy.

Also Read: Why Is The International Court Of Justice A Misnomer In Itself?

“But eventually the media and the public together displayed strength and solidarity with Lal’s family, and got Manu Sharma imprisoned on 20th December, 2006.”

In today’s world of fast-paced information and technology, the news is at our fingertips. Media organizations turn to every possible method to catch our attention, so there’s a general notion that media trials do more harm than good. But some instances still exist to prove that trials by the media helped the victims in need of justice.

Media has woven its web onto the minds of virtually every citizen who comes into contact with such resources thanks to the growth of news-gathering smartphone apps as well as more traditional media like news channels on TV, the internet, newspapers, and radio transmission.

Through this amazing outreach, individuals from all over the world are routinely informed about public issues and made aware of the events taking place throughout the world.

The current generation’s attitude is heavily influenced by the media, which also performs an amazing job of catching the criminal. Everyone, from the most powerful corporate mogul to a typical college-going youngster, is now conscious of their acts and the implications of their actions due to the fear of being revealed and publicly chastised.

It somewhat reduces the volume of crimes committed each day. Trials in the media might be a disincentive.

Rich conglomerates, corrupt ministers, and other ‘famous’ people frequently avoid going to trial by paying off the police to not make a formal complaint against them. By displaying the timeline and most recent updates to the public, the media exposes them and stops their easy escape. This can ensure that the victims receive justice and a fair trial.

For instance, in the Jessica Lal murder case, the accused Manu Sharma being the son of an influential politician, could manipulate the judiciary with his political and financial clout. His status scared some witnesses out of giving testimony, and also enabled him to conceal the murder weapon.

All this information was made public by the media, which led to further investigation. A sting operation led by Tehelka magazine led to getting more witnesses. The case hung in the air for some years, with proper investigation getting sabotaged by political power.

But eventually, the media and the public together displayed strength and solidarity with Lal’s family and got Manu Sharma imprisoned on 20th December 2006.

Acting As A Watchdog Of Democracy

The media has fulfilled its role in some cases as the fourth pillar of democracy by keeping a watch on the other pillars- the judiciary, the legislature, and the executive. It has brought officially undisclosed facts and inside information to the public’s attention and can work on particular cases for the good of the general public. 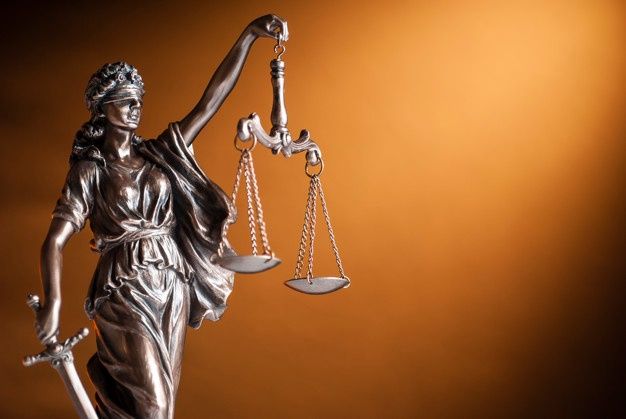 Do you feel media trials do more harm than good?

FlippED: Is Nudity In Indian Movies For Cheap Entertainment Or Empowerment?