Award shows now are more than just a celebration of talent. These days, they have an extra aspect attached to them – that of the ‘righteous’ acceptance speeches. Whether or not they should begin preachings on these occasions, remains a debated and subjective issue.

Why actors should preach on such events, and why they shouldn’t, here are two takes on the issue.

Actors Should ‘Preach’ At Award Functions:

“Award functions are a great platform for stars to get their fans to do/not do something.”

Whether they acknowledge it or not, actors (and actresses) definitely wield a great influence on the common masses. People look up to them for not just their movies, but closely follow everything they say off the screen too.

They definitely have the verbal power to move the people towards a positive goal or cause.

An apparent example is that of celebrities in advertisements, who can easily get the people to buy or not buy a product, or simply get them to perform a noble action or refrain from a harmful one by endorsing a certain product or action. In the same way, award functions are a great platform for celebrities to nudge people to do or not do something.

People’s Expectations Of Them:

Keeping in mind the kind of celebrity-worship that abounds in our country, it is obvious that whatever they do and say matters a lot to the people. They are raised to pedestals where they no longer remain just movie-stars but are treated sort of like, demi-gods.

People then, look at them with reverence and expect certain gestures and words from them. Statements given at award functions make headlines in newspapers the very next day. Every ‘good’ or ‘bad’ thing they say influence the people and makes sure-shot news. So, it becomes quite necessary for them to send out a positive message out there.

A bland and ‘uninspiring’ speech at an award function by a celebrity would be in his/her own disfavor. People might view them differently for not addressing a concern that they were expecting him/her to address.

Also Read: Here’s The Saga Of Sindhutai Who Adopted 1400 Orphaned Children Despite Being A Beggar Herself

“These preachings are just limited to award shows.”

The key issue with such speeches is indeed the hypocrisy of the crowd at these shows. Donning in the most exquisite designer clothes, decked up in jewellery that can amount to millions of dollars sometimes, these actors are the last people to be preaching ideals like equality.

Consider the 2020 Academy Awards where Natalie Portman strutted down the red carpet wearing a cape embroidered with the names of 5 female directors whom she felt were not given a fair chance at being nominated. The irony is that of all the seven films produced by her production company, only one was directed by a woman, who as it turns out, was Portman herself!

The ‘Preaching’ Is Reserved Only For Award Shows

What I find extremely unsettling is the fact that most of the actors who speak for causes such as equal pay, animal cruelty etc., only seem to be concerned about these issues during the course of the award seasons. 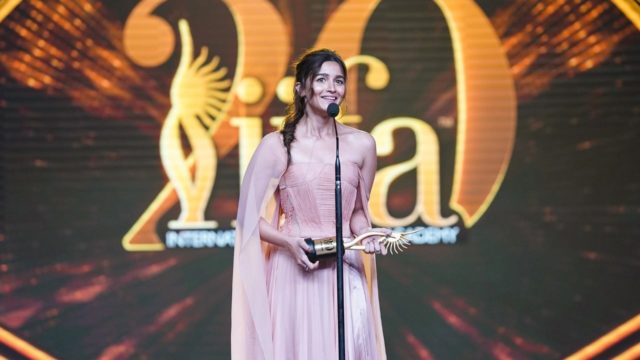 Think about it. Barring very few exceptions, almost all of the actors who make such impactful proclamations seem to be silent elsewhere.

The average viewer, and especially one who tunes in to watch these shows, is often concerned only with the awards themselves or the glitz and glamour they exude. Even more ironic is the fact that the audience present at these functions, the actors themselves, barely seem to be impacted once the show’s over.

If this is truly the case, then what even is the relevance of these speeches in reality?

Give us your views in the comments section below!