Large patches of Joshimath, the old magnificent town situated at an altitude of 6150 feet in the state of Uttarakhand, is sinking day by day. An expert panel founded by the state government of Uttarakhand has cautioned the residents of Joshimath that the areas are sinking because of natural as well as human-induced reasons.

The Uttarakhand expert panel established by the state government has discovered that a number of areas in the Joshimath town of Chamoli district are sinking due to both natural calamities and man-made causes. Joshimath town is a place of rich heritage, acting as a doorway to the India-China border, the Hemkund Sahib Gurudwara, the famous hill station of Auli and the holy Badrinath Temple.

Therefore, the government has decided to arrange a plan of action to prohibit all constructions and relocate inhabitants from the local areas that pose a threat to their lives.

The town is sinking as a consequence of seismic grounds, landslips, rainfall and surface runoff. This slow subsidence or abrupt sinking of the surface of the earth due to uprooting or shifting of subsurface matter has led to tectonic cracks and erosions in almost all the districts of Joshimath.

“We have to resort to engineering methods for prevention of soil erosion and slope stabilisation of the town lying above the Alaknanda river,” Ranjit Kumar Sinha, disaster management secretary stated. 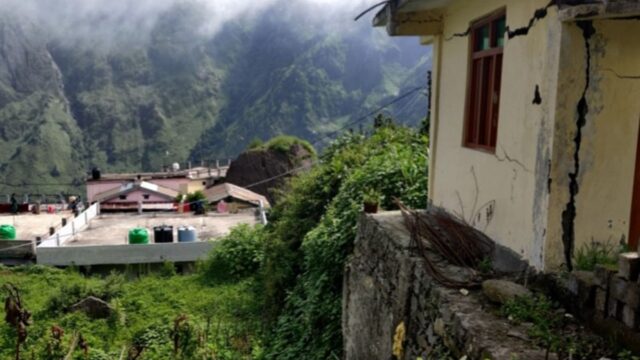 The expert panel’s report states, “Chamoli district of Uttarakhand that houses the township of Joshimath falls in zone V of the seismic zonation map of India and is particularly vulnerable to landslides. Joshimath is located over a thick cover of landslide material.”

It added, “sinking of roads and extensive cracks in houses are observed along Joshimath-Auli Road. Increased construction of residential houses, tourist resorts and small hotels are seen all along Joshimath Auli Road. The same was reported first by the Mishra Committee in 1976.”

Also Read: The Bhuli Duo From Uttarakhand Uses Traditional Art To Highlight Pahari Issues And Other

It was also mentioned in the report that besides other factors, 9 dirty streams flowing into the Alakananda that broadened on their sides, were a major cause of damage to the land and homes built near them.

Some of the inhabitants of the Joshimath town claim that the state government and the assembly formed by him, have overlooked the primary factors behind the shifting topography.

They asserted that the National Thermal Power Corporation Limited’s construction in progress is one of the key factors behind the destruction of properties. 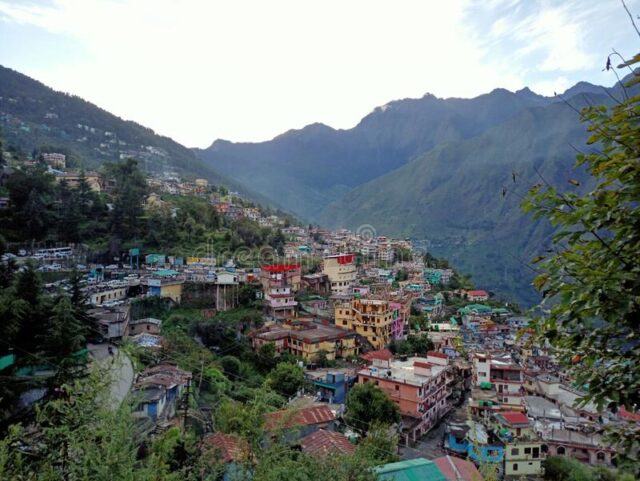 Bharat Kunwar, former Municipal Council Chairman of Joshimath, said, “it’s true that Joshimath town has had this issue for a long period. At least two hotels have submerged partially and crumbled in the past few years.

Seismic activities and the fragility of the Himalayas are well-known reasons, but the huge under-construction tunnel of the Vishnugad power project passing underneath Joshimath town is an important factor. However, the government has been ignoring it. It can lead to major decisions in coming days.”

Joshimath, also known by the name Jyotirmath, is a town of great significance holding the heritage and culture of India. It should be preserved and protected at all costs.

Let us know what do you think of the situation, in the comment section below.

Source: The Print, The Times Of India & The Hindu

That One Phone Call Which Saved 12 Lives In Uttarakhand: Survivor’s Tale

Social Opinions Ekparna Podder - September 27, 2022
A Twitter video goes viral where a police officer at the University of North Carolina, Charlotte, confiscates a kirpan from a Sikh student and...