Our boundaries of black/white and good/evil are so restrictive that we do not allow deviations to permeate. These binaries constitute what we know as normal and everything between them is gone for a toss.

With the judgment from the Supreme Court which decriminalized the 158-year-old colonial law under Section 377 of the IPC, celebrations have been all around however, the battle has just begun.

De-stigmatization is the next step and before that more clarity on some basic concepts of sex, gender and sexual orientation is required.

Sex and Gender and all between

Firstly, the terms sex and gender cannot be used interchangeably. The term sex can be defined as the biological characteristics (internal and external sex organs) and the hormones.

Scientifically speaking it is on the basis of sex that we classify one as a “male” or a “female”. Unlike sex, gender does not have a basis in science and is usually considered to be a social construct.

The construction of masculinity and femininity give rise to these gender roles being assigned to us which are social constructions that classify us as “man” or  “woman”.

Now in case, one’s sex and gender are aligned they are known as a “cisman” or a “ciswoman” (read “normal” as per our societal standards).

Transgender (Transman, Transwoman) is independent of sexual orientation and is the state of gender identity that does not match the assigned sex of an individual.

The identity of such people does not fit into the conventional notions of female or male gender roles and they feel that assigning the sex, based on their genitals, is an incomplete description of themselves. 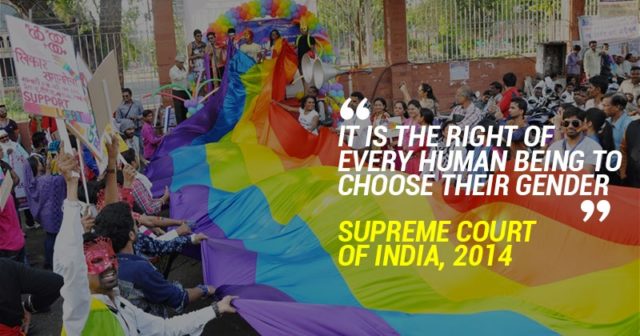 Also Read: After Decriminalising Section 377, Can We Expect LGBT Tourism Or Gay Tourism To Take Off In India Openly?

Sexual orientation is sexual or romantic attraction towards any sex or gender. Within this spectrum stand homosexuality, heterosexuality, bisexuality and other permutations and combinations.

Within this spectrum lies one’s attraction towards the same sex or the opposite sex or towards both the sexes or the person might even be asexual. It is a way more nuanced spectrum and cannot be held rigid in any manner.

India’s trans women community or Hijra community which was recognised as the third gender by the Supreme Court is a social community in the South Asian region. Similarly, in different areas, different communities like Thailand’s ladyboys or the Indonesian Waria exist. These are regional communities which have their own symbols and ideologies. 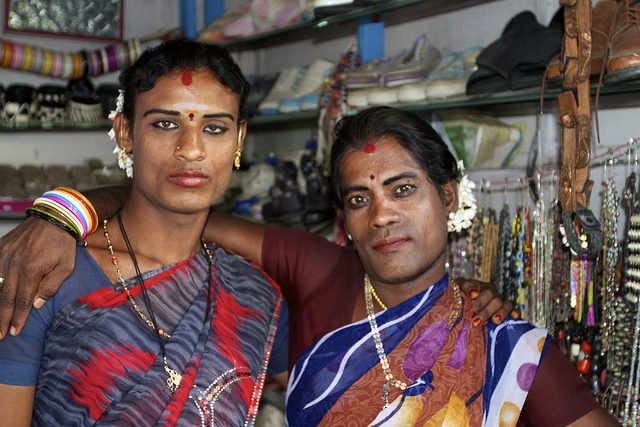 “A flag is more than a cloth, it proclaims power” – Gilbert Baker

The rainbow flag is very often used to promote the LGBT movement worldwide, but the flag has a history and is still evolving.

Gilbert Baker (LGBTQ activist) is the artist who devised the emblem in 1976. He was greatly drawn towards these colorful stripes of colors stitched together in a flag accurately symbolising the community.

The symbol changed from a pink triangle to the colourful rainbow. Initially, Baker’s flag consisted of 8 stripes, two more than the current coloured stripes-

In 1998, Baker took down pink and turquoise from the flag and so what remains today is the result of evolution over the years. Today, the flag is everywhere and it is a symbol of common social consciousness 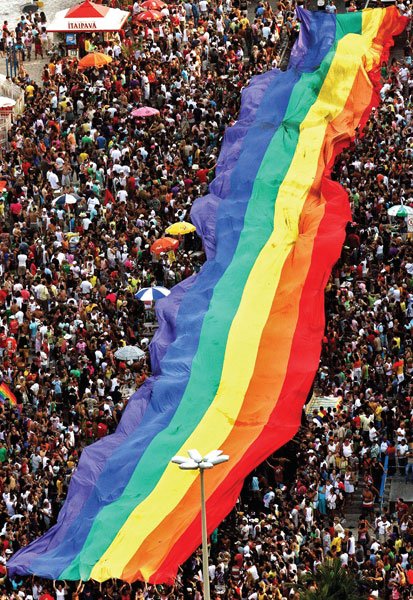 The LGBT was thus a movement advocating for the rights of these and stood for one’s individuality and sexuality which wasn’t derived from any of the societal constructs.

This social movement does not stand for any rigid binaries of gender or sexuality as this cannot be bound into one clear term and therefore the fight to explore has just begun.

Maa Ka Ladla Is No Longer Bigda Hua: This And Other Jokes That Are Dead With Section 377 Abolished