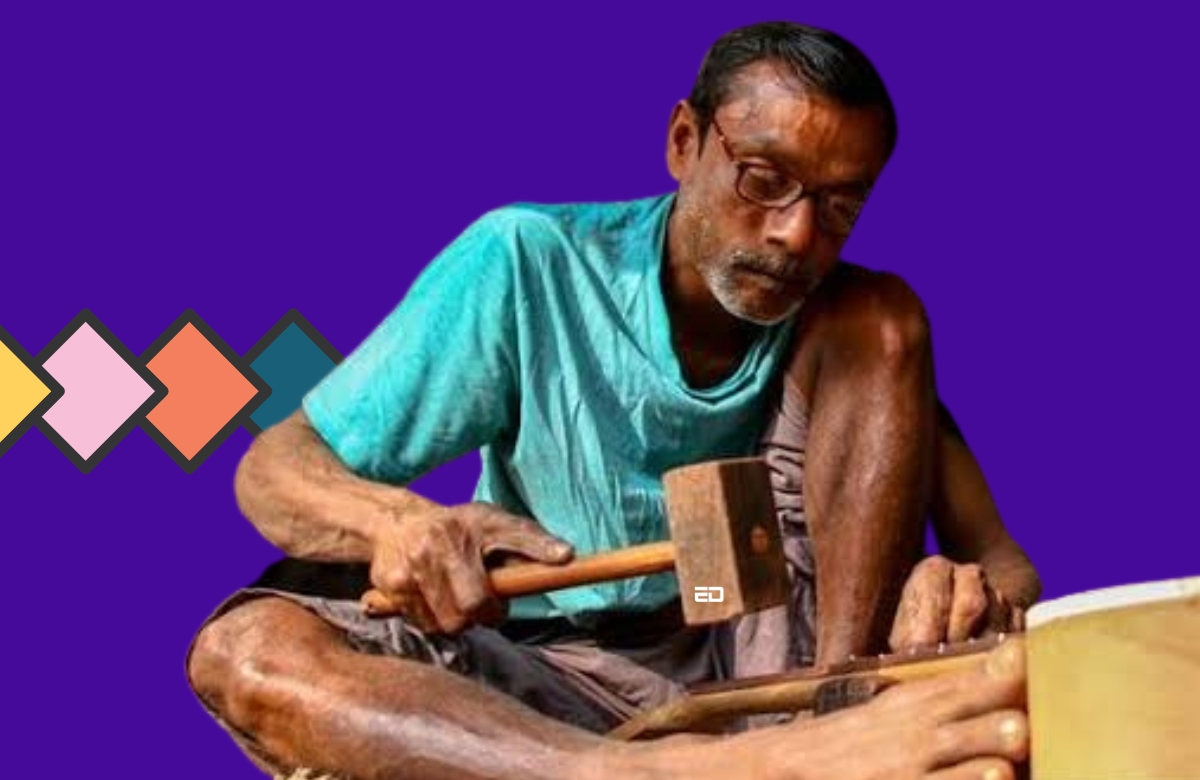 The guitar is one such stringed instrument that generates tonnes of emotion in people from all across the world and of all age groups. From college canteens to musical events, the guitar plays a very essential role in entertaining and amusing the audience. 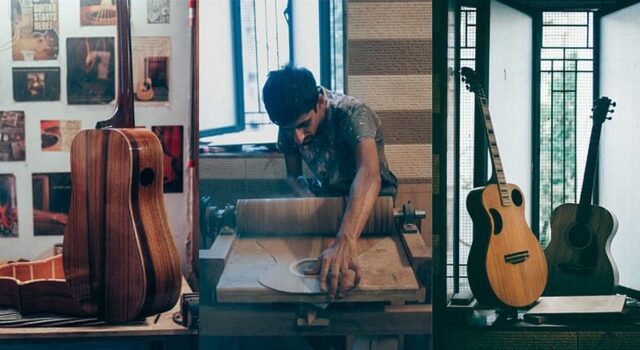 But did you know about Chanditala Kaugachi, the village in West Bengal where every house is found making and selling guitars?

Chanditala Kaugachi, located in West Bengal‘s North 24 Parganas district, is a village that is famous for having guitar making as the profession of almost every family there. The guitar is not just a mere musical instrument to the people of this village; their livelihood depends on its production. 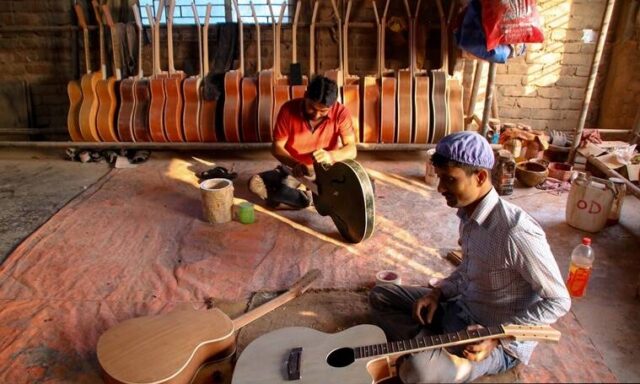 The sound of manufacturing guitars echoes from every house and lane in the village of the Shyamnagar area. There are a number of factories located here, and shops selling guitar tools can be seen on both sides of the roads. It is often referred to as the “guitar village” of India.

Guitars Making Is An Art

The villagers of Chanditala Kaugachi describe the act of guitar-making as an art. Most importantly, they enjoy making guitars for people from all over the world. 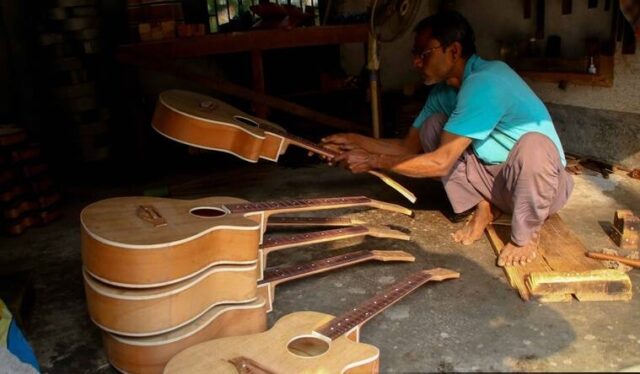 Babu Mondal, a 35-year-old worker in the village of Chanditala Kaugachi, explained to the reporters, “The first step of making the guitar starts with its neck. It is cut to the right size and arrives at the fittings room. On the other hand, the main body is made in a separate place and comes in different shapes, according to the type of the guitar. After the body is made, a piece of plywood is glued on both sides and bolted with nuts and screws, after which they are left for drying in the sun. Then comes the fittings, that is, the work of joining the neck with the body. Once it is complete, it goes to the polishing room. There it is painted and polished and sent to the main room. This is where the tuning of the guitar starts. String fittings are done here. Then the whole guitar is completed and packed and sent to different destinations as per the order.” He also said, “Earlier the village boys used to go outside to work. Ever since the guitar factories have been set up in the village, everyone is able to earn well whilst working from here. The villagers had no idea about making these musical instruments. Now everyone knows.”

Khokon Roy, an owner of a guitar factory in the village, said, “Earlier, most guitars were made in factories of Dumdum area. Over here, the guitars were primarily painted and polished. Then gradually the laborers learned to make these guitars all by themselves. From one person to the other, at one point the whole village started making guitars like this.”

Also Read: K-Pop Group ‘The East Light’ Was Beaten With Baseball Bat And Tortured With Guitar Strings Tied Around Neck For Almost 4 Years

There is a high demand for guitars manufactured in the village of Chanditala Kaugachi, both across the state as well as internationally. They are exported all over the globe, especially to neighboring countries like Sri Lanka, Bhutan, Bangladesh, and Nepal. 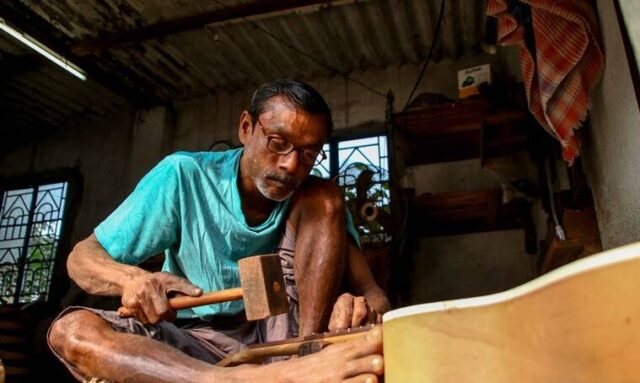 There are several types of guitars sold in the market. Among them, only five or six kinds of guitars made of Ghoranim wood from Assam are manufactured in Chanditala Kaugachi.

The villagers claim that there are more international traders than local buyers, who even purchase orders at wholesale rates. The residents of Chanditala Kaugachi are highly benefited from their guitar-making business, and this profession has become a core identity of the village.

Let us know your opinion in the comment section below.