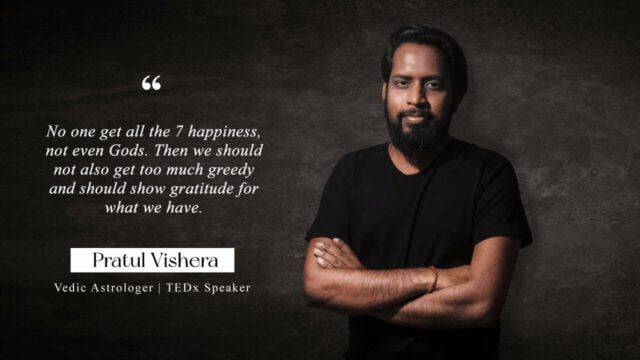 August 27: Today, we have the Youngest Astrologer invited to the TEDx event from India and across the world. He is serving people from all over the world. Even some celebrities from Bollywood are also in his clientele. He is an Astrologer and a fantastic Music Producer who has made Music for brands like Zomato, Gomechanic, Real Juice, SpiceJet & many more.

Question: Every story has a beginning; tell us how it all began? What inspired you to study astrology?

Reply: It began in my late teens, precisely during my boards. Back in Agra, I was always a good student, and astronomy fascinated me. However, my mark sheet never supported my diligence or intelligence. One day, my parents decided to take me to an astrologer to find out the cause of the not-so-impressive mark sheets.

The astrologer pointed many Doshas or malefic combinations in my chart and held them responsible for the unfair results of the exams.

He took a substantial amount from my parents to perform “remedies” for me. I still remember it was a chilly and foggy January morning, and I woke up to take a dip in the river to perform the veneration or Hawan. My hands froze during the ritual, and my digits ached with numbness. Hahaha! I was wondering why I am being subjected to this torture.

But I didn’t see a speck of improvement in my academic scores. After a while, I found another astrologer who rejected the existence of any Dosha in my chart. Instead, he gave a pragmatic and straightforward remedy which helped me more than anything else. And I realized that astrology is not fake but finding a genuine astrologer is one of the hardest nuts to crack.

Q: I see! However, we all know that you’re an engineer and a musician too. How did that happen?

Reply: Honestly, I aspired to be a musician, but I was equally good in science (as you know Middle class me Doctor, Engineer se upar nahi sochte, to un me se main Engineering mein acha tha, so I chose engineering and started exploring the world of Music. Later I started studying astrology too (as I had a varied interest) with total devotion and then I realized that my interest in Music wasn’t accidental. I was destined to be a music producer.

Meanwhile, I started giving random predictions to friends and family. I was testing my knowledge, but to my surprise, people started coming back to me saying that my prediction hit the bullseye. During this time, my predictions reached one astrology enthusiast, who invited me to the “TEDx Talk.” I am the youngest astrologers to speak at TEDx Talk. It encouraged me to start pursuing astrology professionally. 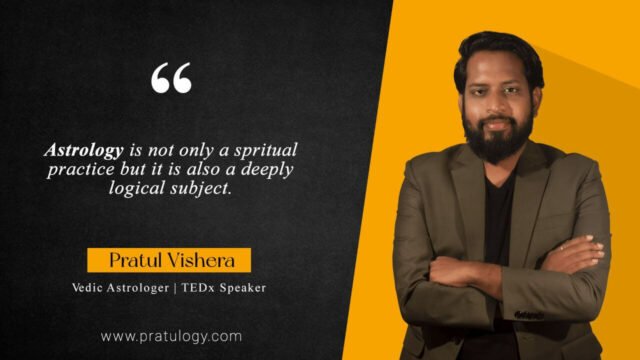 Q: That was indeed a magical story. And during my research, I came across your Instagram. I was genuinely impressed with your take on Indian mythology. Would you like to tell us about it?

Reply: Honestly, it can be called a by-product of my astrological experiments. I was taught a lot of mythical stories by my mother when I was growing up in Agra. But the astrological texts fueled my curiosity to explore more. My YouTube channel is another effort to educate the youth about our rich heritage.

Q: So, how do you describe yourself as an astrologer, a musician, or a mythologist?

Reply: (Giggles) I think being an engineer or science geek has always helped me keep myself practical and logical towards Vedic science. Music has helped me understand people’s emotions, and astrology has given me the knowledge. So when you have all these three “Logic,” Emotion,” & “Knowledge”, then I think you can become a better person and guide.

Q: That was very smart! What are your plans ahead?

Reply: I want to produce more Music, and I want to show the authentic Vedic Astrology and depth so that people can recognize the potential of this ancient science of India.

Q: Where have you learned Astrology & Music? Do you have or had any gurus?

Reply: Initially, I started with self-study, and later, I began learning Astrology from Late Shri Santlal Kumar but right now, I am under the guidance of Shri Shubham Alock only. As I believe, you can’t excel without Guru’s blessings.

I learned Music under Ustad Mohsin Niazi from Agra Gharana.

Q: What irks you most as an astrologer?

Reply: Inability of people to accept the truth and inability to look beyond Money & Relationship.

Q: A message for our readers?

Reply: According to our Vedas, life is perishable, which is the blunt truth. But Humans are accustomed to seven blessings in life, but nobody has them all, not even Gods. So whenever you feel discouraged, remember this thought and keep progressing in life.