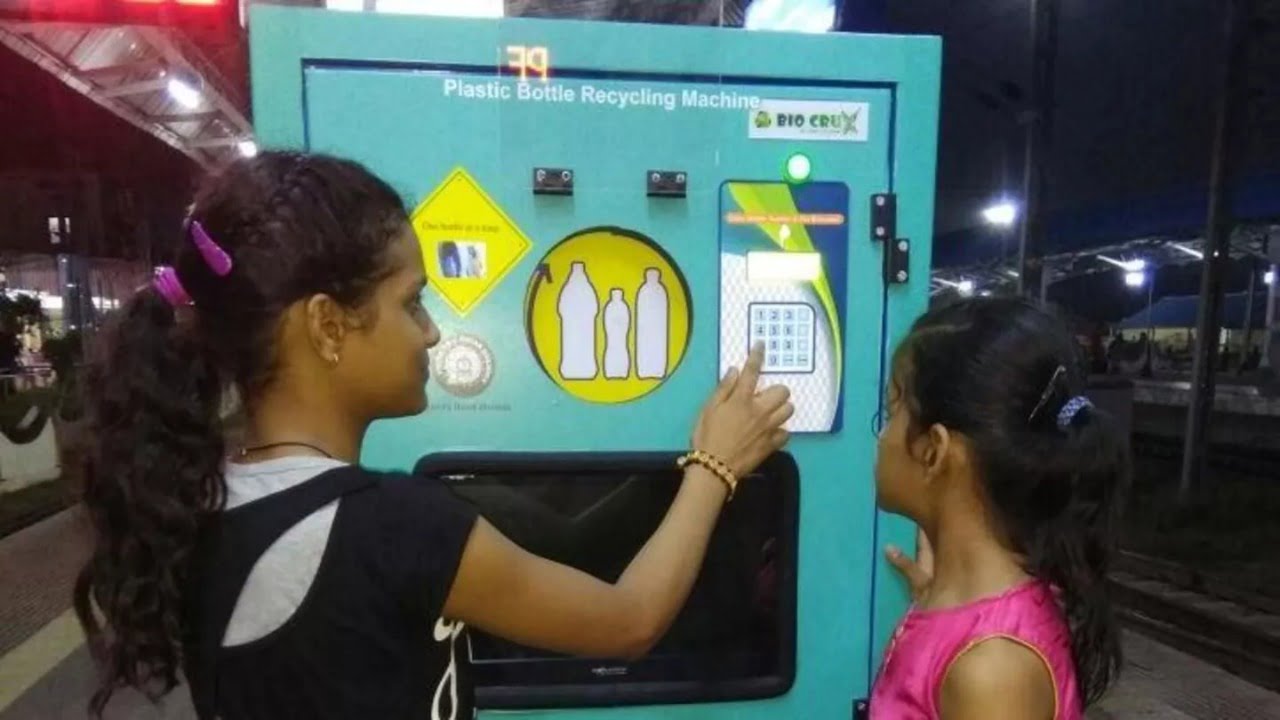 The Bhubaneswar Railway station has come up with an innovative and laudable measure to decrease the huge chunk of plastic bottles at their station.

As reported by NDTV, a bottle recycling machine has been put up on two platforms on the Bhubaneswar railway station. On depositing a discarded bottle, a person gets a mobile talk time worth Rs. 10 and the surprising part is that this facility can be availed unlimited times. “We have noticed that people would often casually throw plastic water bottles on train tracks, which would soon accumulate into tiny heaps of garbage. Though people would throw discarded bottles in dustbins sometimes, the habit of casually throwing a plastic bottle anywhere within the station premises remained. We thought that if something could be given to them in return for recycling plastic bottles, the habit might change,” said Jaideep Gupta, Divisional Railway Manager, Sambalpur Division, East Coast Railway.

The installed machinery at the railway station can dismantle and crush bottles with capacity ranging from 200 millilitres to 2 litres. As soon as you put the plastic bottle inside the machine, you will be asked to provide your contact details.

A message by the concerned authorities of the East Coast Railway will be sent to you and you can use the received code in the message to earn the Rs. 10 worth of talk time.

Also read: The Greatest Champions league Comebacks Of All Time

The waste collected will be used to manufacture cutlery, carpets or bags and be sold them within the station premises. It aims to make toilet cabinets in future via plastic.

As per government reports, more than 15,000 tonnes of plastic waste is generated in India every day, of which 6,000 tonnes remain uncollected and littered. It has innumerable problems and the lackluster attitude of the government in regards to the menace is alarming.

As mentioned in ‘The News Minute’, the recycling industry has been severely hit from the huge blow of rupee demonetization and GST rollout which has hampered our desire and motive to eliminate or at least decrease the problem of plastic. From November 2016 to July 1, 2017, when 12-18% GST on scrap material was implemented  (the current rate hovers around 5%), the businesses involved in recycling hit a roadblock and the number of tonnes of plastic that they used to collect dwindled and moreover, as this industry is heavily dependent on hard cash, it suffered immensely during demonetisation.

All Is Not Gloomy

Chitra Mukherjee, Head of Programmes, Operations at Chintan Environmental Research & Action Group has said, “We are one of the top recyclers in the world. In a way, we are teaching the West how to recycle.”

Thus, initiatives like in the Bhubaneswar Railway station and other measures across the country are moving India in the right direction. We need to fill up the loopholes and attain our mission of a Clean India.

The Cauvery River Dispute Is Disrupting IPL Matches In Chennai