Reading The Catcher in the Rye has been a cathartic process for me because it leaves you feeling liberated after you’re finished with it. I read this book two years ago and it has stayed with me forever. It holds a very special place in my heart because I read it at a point when I was having an existential crisis of my own (mind you, this entire question of Oh-My-God-You-Are-In-Eleventh-Are-You-Going-To-Be-A-Somebody-Or-Not is, pretty daunting).

Adults have this habit of making the last two years of your school life quite honestly, the most painful and the fact that Holden didn’t have a care in the world about his future gave me this license to imagine myself to be him in real which led to countless hours of ‘important discussions’ with my best friend and an overdose of Lana Del Rey and Nirvana in equal parts. Like I said, I was having an existential crisis.

And the best part about this book was that it somehow made me feel that my struggles where as important as a corporate honcho who is about to invest in a new venture and the good thing about knowing your struggles and acknowledging them is that you can actually start thinking of ways to tackle them. Speaking of Holden Caulfield and the teenage anxiety which Salinger portrays so beautifully, it doesn’t come off as much of a surprise why so many young adults identify so strongly with the book. It is Salinger’s ability to talk about the harsh truths of life and his ability to make readers understand that sometimes it requires a seventeen year old to point out how ‘phony’ even seemingly do-gooders can be.

I remember quite starkly an instance where Holden chastises his headmaster because of his differential treatment towards parents who belonged to a not so well off background and herein lies Salinger’s genius of drawing our attention towards class distinctions. I also found the book fascinating because of its use of dark humour and how Holden talks about greed not so subtly and puts it quite succinctly while talking about a man who has a business of cemeteries – ‘’He told us we ought to think of Jesus as our buddy and all. He said he talked to Jesus all the time. Even when he was driving his car. That killed me. I just see the big phony bastard shifting into first gear and asking Jesus to send him a few more stiffs.’’ Crony capitalism? Check.

The Catcher in the Rye undoubtedly is a book which addresses issues of identity crisis and alienation which is something every teenager goes through but at the same time it is Salinger’s capacity to talk about it in a language which can be easily reckoned by adolescents.

The book was extremely controversial when it got published, mainly due the use of profanity which was considered a taboo at that particular time, but Holden using such colloquialism is testimony to the fact that teenagers have been and continue to use such language and there’s a need to come to terms with it and start talking about it instead of subjugating it to the mockery of adults.

As far as alienation is concerned, we see Holden trying to cope with it slowly yet steadily and he does succeed in it at the end which ignited a tiny flicker of hope inside me while I was riling in fury at a world which was ruled by ‘corny’ humans. It also made me realize that you ought to take your failures with a pinch of salt and the so called ‘existential crisis’ is one of the many phases in life. However, at the same time, it is not a bad idea to take a day off and ponder about ‘the ducks which swim around in the lagoon down at Central Park’ and that, I assure you, is quite liberating.

So, if it’s one of those days or phases when everything seems ‘phony’ and you feel like nobody understands your angst I’d suggest you get yourself a cup of coffee, catch hold of this book and lose yourself in Holden’s world. Trust me, it would be worth it.

Feel free to share what you think about the book in the comments below and keep reading!

Perumkulam, Kerala’s ‘Village Of Books’ Is A Bibliophile’s Heaven 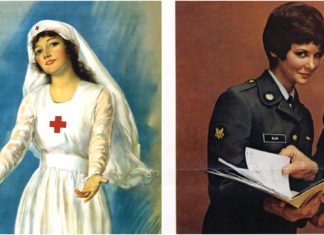 Divija Jain - July 26, 2021
Just like there's a woman behind a man's success, there is a nurse behind every successful surgery. While doctors, surgeons, and physicians need to be...

“Everytime I’d Want To Leave Him, He’d Threaten To Leak My...