Home Lifestyle Did Santa Claus Truly Exist At Some Point? 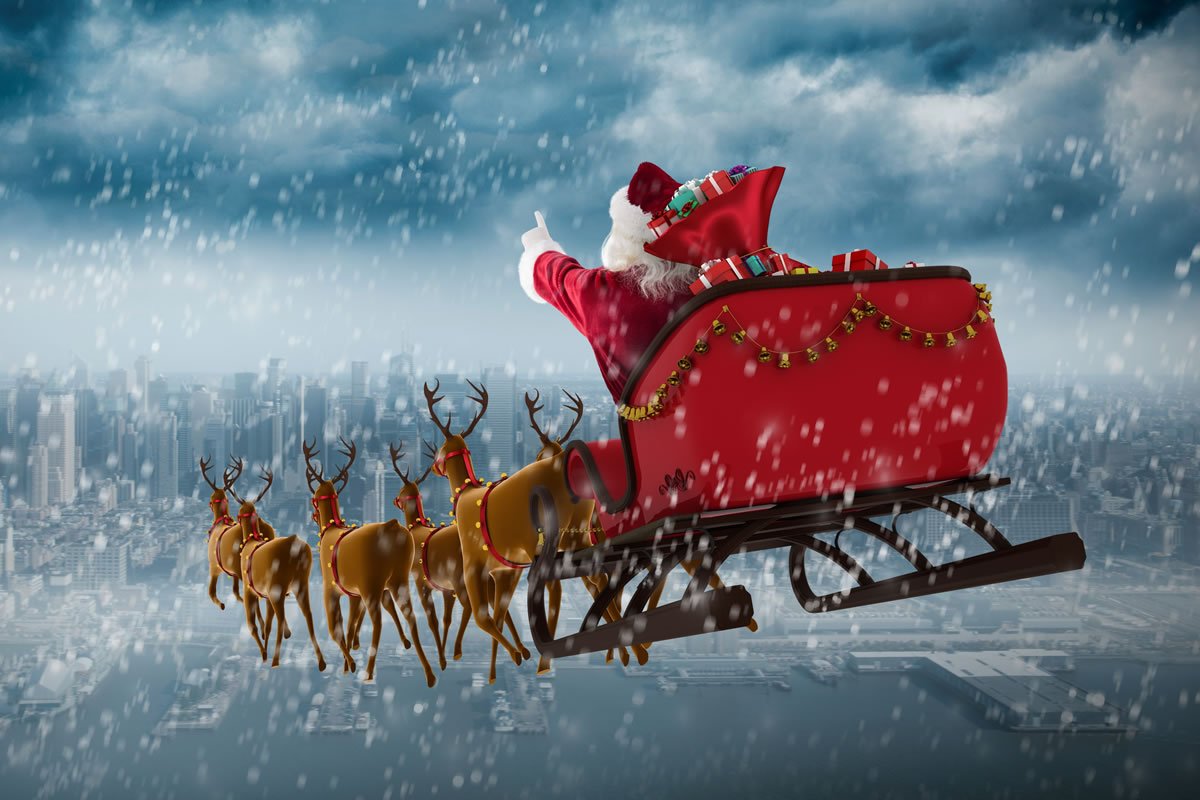 Growing up, I have always believed in the idea of a Santa Claus. Not the traditional Santa Claus might I add—an old man with a huge tummy wearing red overalls and white beard arriving in a sledge pulled by reindeer but a person who grants wishes secretly.

Ever since I was a kid I remember writing letters to Santa and asking for a Harry Potter DVD one year and a list of books the other. But as I grew up, the story of Santa Claus begged the question of its origin.

Santa Claus was the alias of a monk named St. Nicholas, who, to this date, remains to be one of the most endearing saints revered by Catholics and Orthodoxes.

Nicholas of Bari was born in the 4th century in the town of Myra located in Asia Minor which is now our modern-day Turkey. His parents were wealthy Christians who had trouble conceiving a child for years. However, his parents prayed arduously and soon baby Nicholas was born. But sadly, soon after his birth his parents passed away owing to an epidemic that had taken over the entire city of Myra.

He was raised by his uncle who was the Bishop of Myra and didn’t have kids of his own. Nicholas grew up to be quite well-mannered and polite and soon his uncle announced that apparently, he had a vision that Nicholas would grow up to bring joy to many people.

The prophecy did come true as Nicholas was very kind and went out of his way to help people.

Though wealthy, Nicholas always had sympathy for the poor. A poor man had three daughters who couldn’t get them married as he didn’t have money for the dowry. Nicholas went to the house of the oldest daughter with a bag full of gold and dropped it through their chimney which ended up in their socks which were kept near the fireplace so they could dry. 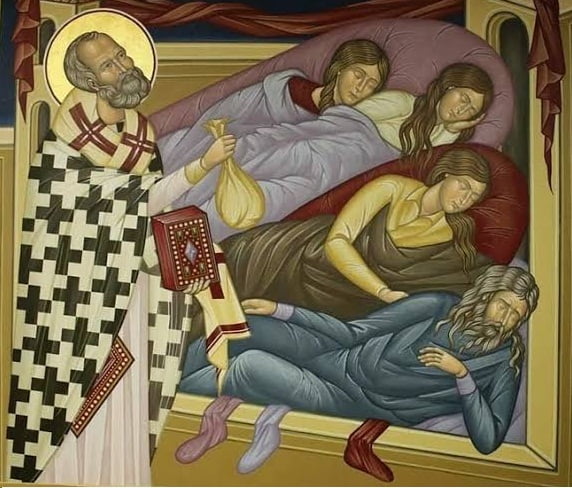 The father’s joy knew no bounds as he thought God had finally answered his prayers. However, when Nicholas tried doing the same with the other two daughters he got caught in the act. Nicholas didn’t really care much about his inheritance and liked to give it away to those in need.

Once word spread, everybody would keep socks in the fireplace in hopes that they would receive gold from Nicholas.

Soon everybody began receiving anonymous gifts all over Myra and they spread the rumor that if Nicholas could be in two places at the same time then he is so much more than just a devout Christian. They believed that he had been blessed with magical powers.

He was seen as such a holy man that he was later canonized as Saint Nicholas, the patron, Saint of children and surprisingly of sailors too.

Read More: Christmas Drinks From Around The World

Saint Nicholas loved to travel, and for years to come, sailors would pray to him if they were in great peril. Legend has it that one day Turkish sailors were out at sea and the wind and waves were so strong that the men were afraid their boat would capsize. They prayed to Saint Nicholas for help and he appeared before them, with his arms outstretched. He was able to control the weather and calm the ocean for the sailor to go back to the land safely.

The fantastical stories of Saint Nicholas lasted far longer than just one lifetime. It would seem that the magic behind his generosity was so inspiring and powerful, it was enough to keep him alive in the hearts of mankind for generations to come.

The name Saint Nicholas evolved into Santa Claus from his Dutch nickname Sinter Klaas and that’s how the name came into existence.

How Is Santa Claus Associated With Christmas?

In the spirit of celebrating the generosity of Saint Nicholas, the tradition of giving gifts was carried out even after his death.

Saint Nicholas was extremely fond of children and would often bring them presents and candies, which is why to this date, kids are very fond of Christmas. Be it parents or relatives, they make sure to stuff in toffees, candies and presents in the socks of children so when they wake up, they’d know that Santa Claus was there when they were asleep and brought them presents. 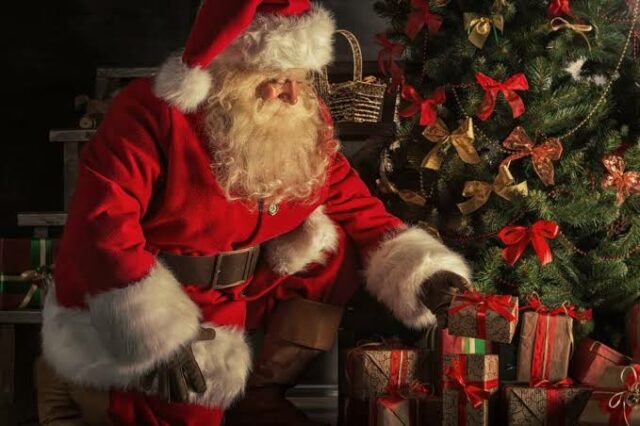 Saint Nicholas did exist at one point in history even if Santa Claus is sewn in fiction. And that’s what makes Christmas so much more than just the birthday of Jesus Christ. It is the celebration of the two kindest and warm-hearted entities to have ever walked the Earth.

In Pics: Kolkata Is All Decked Up To Celebrate Christmas And Ready To Welcome The New Year 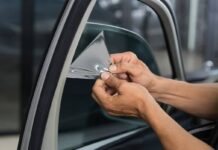