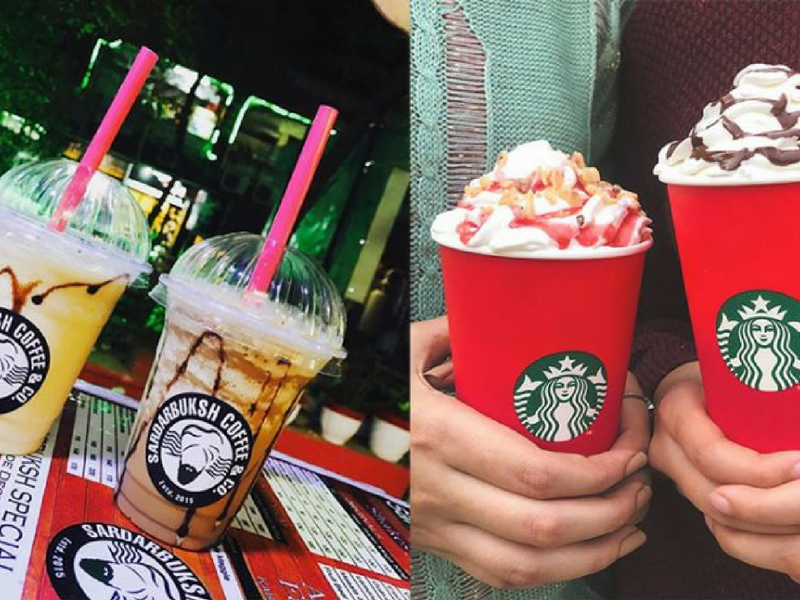 If you’re a Delhiite, I am sure you know about Sardarbuksh coffee shop. For those of you who are new to the city or are based somewhere else in the country, Sardarbuksh is a popular coffee outlet amongst the youngsters in the capital city.

If you’re thinking that you’ve heard the name somewhere or whether the chain is related to the oh-so-popular Starbucks, let me just tell you that it’s not.

This is the very reason why the global coffee giant has sued Sardarbuksh, a coffee chain fondly known as the ‘desi version of Starbucks’ in the city.

As reported in Economic Times, the case was filed in Delhi High Court in July by the US based company when they found the name and logo of Sardarbuksh coffee chain oddly similar to that of Starbucks!

Also, read: Our World Would End If Starbucks Disappeared

The Delhi High Court in an interim order has asked the Delhi based chain to change it’s name to ‘Sardarji Buksh’ for the 30 outlets that are yet to be opened.

Although the 5 outlets that are already running in the name Sardarbuksh are free to carry out business with the same branding until the final verdict of Delhi High Court.

When ET approached both parties for comment, Starbucks maintained that any trademark infringement, if found, would be addressed and that they are ready to resolve the issue amicably with the Indian coffee chain.

The owners of Sardarbuksh, on the other hand, claimed that they have never been to Starbucks. The business partners expressed their wish of sticking to the old branding!

This looks like a hot IPR battle where none of the parties wish to back down. Kalra and Kambhoj, the two business partners of the local coffee chain, have engaged senior lawyers to look into the matter while Starbucks is being represented by the popular law firm ‘SS Rana’.

The partners of Sardarbuksh also revealed that they had changed their logo after receiving a legal notice from Starbucks last year. Despite this, the US-based giant which entered India in 2012 through a joint venture with Tata, filed a case against them.

The next hearing date has been fixed for 18th September, let’s wait and find out who wins the ultimate battle to brew some coffee for you!