Do you believe in the existence of ghosts in real life? If not, then these real-life scary stories narrated by popular YouTubers will make you question your rationality!

The Haunting Of Loey Lane

In 2017, Loey Lane moved into a complex in Los Angeles. She had purchased a 100-year-old Ouija board to add to the creepy aesthetic of the apartment. Although the board was never used yet it had set off a weird chain of events.

It started small like catching the glimpse of shadows from the corner of the eyes and what’s even weirder is that the Ouija board vanished the moment these occurrences began.

Once Loey came home to find the washroom flooded with a hairdryer plugged into the socket even though she hadn’t used it. Loey shifted to another unit in the apartment but the experiences never stopped.

Things would go missing and reappear in the strangest of places and she would hear noises when she was alone. One night she woke up to Siri listening to something even though her phone was on silent and she lived alone. This case remains unsolved as she moved out the next month. 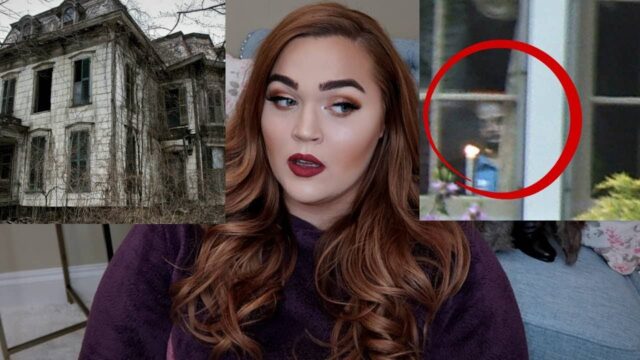 Jake Webber in one of his videos had narrated a story about his cousin and her son. His cousin had recently bought a new phone and her son was always playing on it. One night when he wanted to play she asked him to go off to sleep instead as it was already very late.

When she went up to her bedroom she saw her son sleeping on one side with the phone in his hand. No major changes were made until she went to her gallery. She was deleting the photos until she arrived at the last one which chilled her to her very core.

The picture was of her son sleeping but had been taken from above and there was an old woman in the picture.

The Haunting Of The Witches Forest

Located around Langholm Castle, Scotland paranormal YouTubers Sam and Colby along with Jake and Corey decide to spend a night investigating the Witch’s Forest.

The forest has a history of witchcraft, Satanism, murder, and sudden unexplained deaths. The first night all they heard was growling although there were no animals in the forest.

None of their cell phones had services but Jake’s kept getting random calls and on picking it up they would hear a random woman wheezing and crying. Soon somewhere into the night, they lost Colby.

But they ran for their lives back to the tent when they saw something moving in the woods. They went out again to look for Colby when they found him emerging from the woods.

He was following a lead and thought they were behind him because he could hear footsteps but he was all alone.

They huddled in one tent but the sounds grew louder until they saw something move outside their tent. When they went out all their belongings were scattered. They left the tent and literally ran for their lives.

Read More: QuoraED: Most Chilling Holocaust Stories That Are Even More Important To Be Told Now

The YouTuber Bad Mood Rude is particularly obsessed with haunted dolls. She has over 50 of them and all belong to different eras. Some go back even to the 1940s.

Most of her dolls are docile but some are pretty violent. The violent ones are mostly very possessive. At first, nobody believed that the dolls were haunted until you could see a glimpse of a shadow in one video and it wasn’t just some glitch in the camera.

Terribly Underrated Tales Of Horror Are On The Radio In Bengal