With the onset of the pandemic, several people have shifted towards digital payment modes. However, there are still people who prefer cash for payments. In such a case, finding ATMs near you can become tiresome. Even today, people have to travel long distances to find ATMs.

But, no more worries, because Chandigarh based startup, PayMart, converts your nearby retail shops, petrol pumps, pharmacies, restaurants into virtual ATMs from where you can withdraw money. Isn’t this fascinating?

Let’s Get To Know About The Startup

The startup was conceived in 2018 by Amit Narang in Chandigarh, and at present, they are connected with 50,000 merchants residing in Mumbai, Chandigarh, Ambala, Mohali, Indore, Ahmedabad, and Delhi. They are also linked with reputed banks of India, which makes the entire process effortless.

The users can withdraw cash without any debit or credit cards. “PayMart also helps merchants to use excess cash to give credit to individuals. This additional feature provides merchants to earn some extra income through commissions and incentives”, Amit told Inc42.

Previously, Amit had also founded FX Mart, which was later acquired by Flipkart. It is rumoured that Flipkart renamed FX Mart as Phonepe, which is now one of the largest payment companies in India.

PayMart involves three key players, namely the cash holder, a bank, and ATM software. Here, the ATM software is swapped with the merchant’s mobile phone that has the PayMart application. A customer who wants to withdraw cash sends a request to the bank that generates an OTP code.

Now, the customer can take this OTP to any nearby merchants who have the PayMart software on their mobile phones. The merchant will then process the customer’s request and, when the bank approves it, the merchant can hand over the cash to the customer.

Also Read: How Flipkart, Paytm And Amazon Are A-Rated Startup Institutes On The Side

On every cash withdrawal, the platform receives a fee, 70% of which is shared with the merchant. By the end of the month, the merchants accumulate a certain amount of commission which is credited into their bank accounts at the end of every month.

Speaking to YourStory, Amit said, “We are the world’s largest cash economy and an ATM deficient country at the same time. The current cash withdrawal mechanisms are inadequate to satisfy the extensive demand for cash across the country. A pan-India virtual ATM network can help in correcting the existing mismatch.”

A Look Into Their Achievements

PayMart believes that it will soon become India’s first virtual ATM. They are working towards making India financially literate, and, for the same, they organize Digital Literacy Programmes in rural India in collaboration with the banks.

They are planning to cease a deal of $2 million by the next quarter and also wish to capture 10% of the cash out industry and to form a network of over 10 million merchants by 2026.

Amit stated, “We will be in a position to break even in the next three years of operations and expand our suite to offerings such as payments, insurance, loans, and remittances to build a full-stack fintech platform.”

HelpUsGreen, A Startup From Tier 2 City Of Kanpur Is Revamping Floral Waste 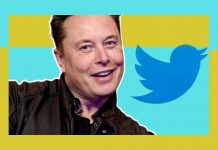