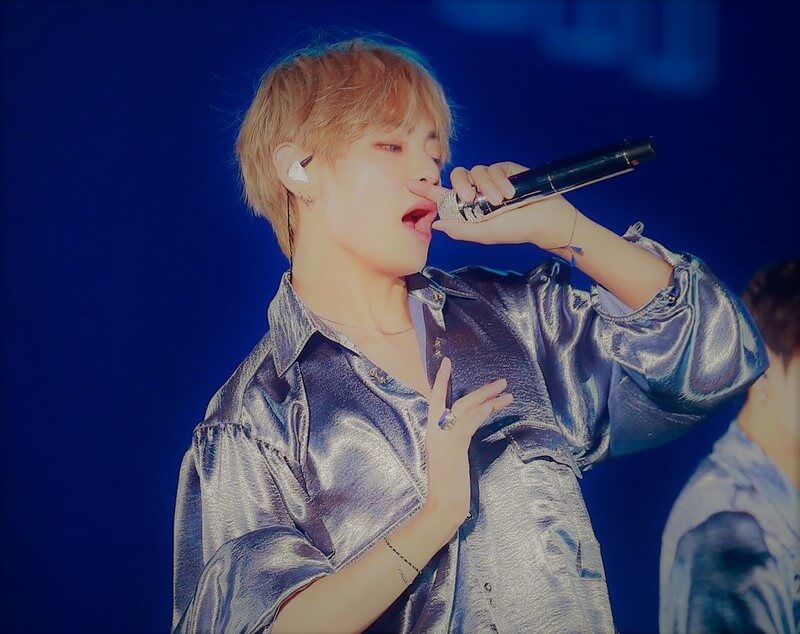 BTS, the South Korean band has certainly got almost the entire world wrapped around their finger with their musical brilliance.

Their popularity further gets cemented when you realise that it’s not just social media play, an extremely loyal fanbase and such that got them their, instead, its been purely their own talent.

A way to often gauge that is through the solo projects of the members and the latest one to join the bandwagon is the second youngest of the group, V or Kim Taehyung who recently released his first self-composed and written song Scenery.

The was posted on the official BTS SoundCloud page and blog on 30th January around 10 pm KST/6.30 pm IST.

Where the rap line of the group including RM (Kim Namjoonn), Suga (Min Yoongi) and J-Hope (Jung Hoseok) have each released a solo mix-tape where they composed, wrote and even produced their own songs in some cases, V had yet to release a wholly self-composed song.

The youngest member Jungkook had also released several covers of Korean and English songs while Park Jimin had just come out with his own first solo project ‘Promise’ that was composed and written by himself last year on 31st December 2018.

Prior to this V had participated in the co-producing and writing along with leader RM for the unofficial song “4 O’Clock” during their anniversary celebration in 2017. 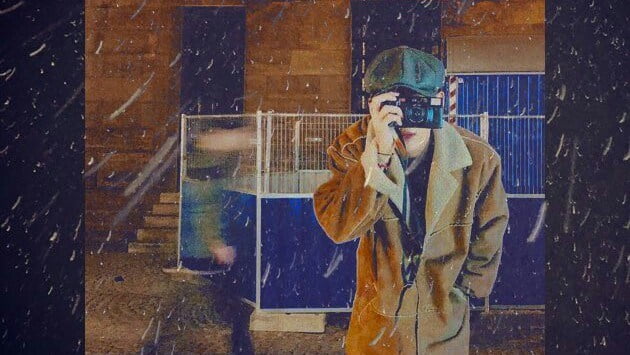 A teaser for the song was first released on BTS’ official Twitter by V himself on 24th January 2019. A 19-second short clip with just a hint of the piano music from the song was enough to create a buzz on what was cooking.

The song was officially released yesterday and touching almost the 5-minute mark, Scenery is a soulful ballad that talks about a person walking through a park and how they are reflecting on past and present memories and the person walking with them.

V, who is known for his deep bariton-like voice sings it in a slow and soothing manner with soft backing coming from instruments like piano, violin, and cello.

It is the lyrics though that really catch one’s attention, with lines like

“In the streets full of flowers, I see you today too.”

“If you leave footprints, I’ll keep it warm. I’ll stay in black and white.”

The song is even more enhanced with the use of natural sounds of wind chimes, the cold wind that rustles through fabric and probably V’s breath starting off the song with the click and whirl of a camera sounds coming in later during the song.

The start of the song especially works hard to transport you to the place where the artist wants you, perhaps at a quaint cafe or a train station, somewhere where its only you, with wind chimes blowing, cold gusts of air blowing and flapping your coat, you standing there and breath out air in order to control the shivers.

It creates a strong visual stimulation where you can imagine yourself being in that setting and going through the course of the song.

The cover art was also taken by V himself and represents the artist taking snapshots of life to keep them in his memories.

The song also reinforces V’s strong love and appreciation for nature with the incorporation of flowers, moon light, walking through a park and more being a part of the lyrics.

With DOCSKIM producing the song and Pdogg and Hiss Noise doing other work like vocal arrangement, editing, etc, it is certainly a beautiful piece of music. 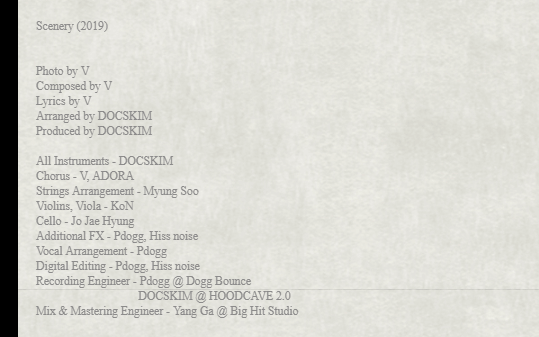 As soon as the song came out it was already trending on Twitter under almost 5 different hashtags worldwide and in India both.

Fans from all over the world poured out their love for the song and the artist in a flurry of tweet.

if you listen closely you can hear the sound that the camera makes when taking photos because taehyung is the photographer and as he said "you're all part of my story, memory and scenery"… we are his scenery… this is so- I'm not crying, you are#ProudOfYouTaehyung #Scenery pic.twitter.com/6Tw596P3gB

#ProudOfYouTaehyung
Words will never be able to explain how proud we all are of Taehyung. It is something we always feel but whenever he does something remarkable, it makes all of us unite with so so much love for him with pure support. Everyone fighting !

WOW. Scenery just amazed me. But that's no surprise. I've BEEN proud of tae. Proud of him for pushing hard. Proud for him overcoming the loss of his grandma. For inspring millions. For working to make his voice one of the best in the world. For everything.
#ProudOfYouTaehyung pic.twitter.com/CMsM5jI6Gf

listening to Scenery is honestly like drinking a warm cup of coffee in a chilly winter night and that's the only way i can express what listening to it feels like. through scenery.#ProudOfYouTaehyung #SceneryOutNow #풍경OutNow

But perhaps the biggest fans of V would be his own band members Jimin and Jungkook, who both posted videos reacting and lip-syncing to the song. 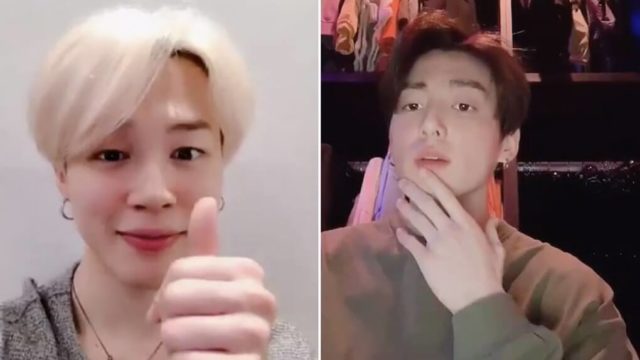 Social Opinions Chirali Sharma - October 11, 2021
Its been a turbulent week for Shah Rukh Khan's son Aryan Khan after he was arrested by the NCB in a drug consumption and...