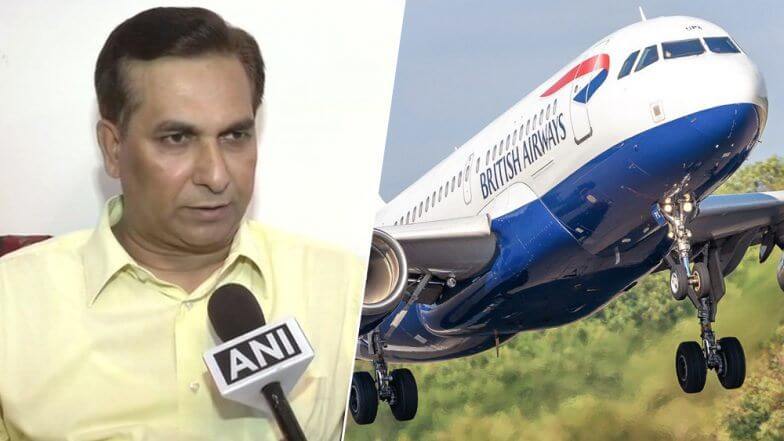 British Airways is in hot water currently after news came out that they asked an Indian family to leave the airplane after they could not console their crying child.

The incident initially happened last month on July 23rd when A P Pathak, an IAS officer was boarding the British Airways flight BA8495 that went from London to Berlin. Pathak had his wife Manjubala Pathak and his 3-year-old son Puranjay Pathak along with him when this harrowing experience happened to him and his family.

Pathak, who is the Joint Secretary in the Ministry of Road Transport and Highways thus wrote a letter to Suresh Prabhu who is the Civil Aviation Minister on August 3rd and called out British Airways for “racial discrimination” and “rude behaviour”. Were The British Airways Crew Racist?

As per Pathak’s letter, the crass behaviour by the crew started as soon as the family boarded the plane and had a bit of problem finding their seats.

Once they did find them the family quickly arranged themselves and the child was also put on his seat with his seatbelt on. However, due to some reason or another, their son started to cry and in order to make him stop, Pathak’s wife took him to her seat and tried to pacify him.

This apparently irked the crew to no end and they scolded the 3-year-old asking him to return to his seat which only managed to make the child more frightened and cry even harder.

According to the letter,

As the plane started to move towards taxing, the child could not stop crying and so the same crew member again came out to their seats and started to shout that, “You bloody keep quiet or you will be thrown out of the window and offloaded from the plane.”

Pathak said that, “We were petrified with the rude and aggressive behaviour of that crew member.”

The crew member then proceeded to request the pilot to take the plane back to its station and not only that but also called security staff who took away their boarding passes and deplaned them.

They also deplaned another Indian family that was sitting behind the Pathaks and tried to make the child feel better by offering some biscuits.

And while the other family was at least given tickets for a flight the following day (but no accommodation), Pathak in his letter stated that, “We had to make our own arrangements for staying and travelling to Berlin the next day by paying a very hefty amount.”

According to the letter they also reached out to the airline’s customer care service manager but were not given any reason for their offloading and neither did the company take any action against the crew regarding the racist and insulting treatment they received.

Pathak said in the letter to Prabhu that,

“I would like to reiterate and emphasis that the said crew member made racist remarks and used hatred word like bloody for Indian’s which is highly undesirable and contumacious to the respect of myself and nation. I would request for strict action against the crew member and officials of British Airways.”

The only thing that is a little strange here is that as per Pathak’s letter, the plane had started to taxi and was then brought back where the family was deplaned.

Having been flying my entire life, I can safely say that once the plane starts to move, it is next to impossible to bring it back to the waiting station and is only done when it is a matter of national security or a passenger has some grave medical emergency.

The plane usually does not move only, if there is some situation with a passenger and only once it is resolved that the plane starts to taxi. Read More: Racist BBC Coverage Of India Is Sick & Needs To Stop Right Away As They Continue To Show India In Bad Light

British Airways Stupid Reply To This

British Airways after all the buzz around this incident finally stated that, “We take such claims like this extremely seriously and do not tolerate discrimination of any kind. We have started a full investigation and are in direct contact with the customer.”

They also sort of tried to explain away what happened by saying that, “It is a safety requirement for all airlines that passengers are seated and have their seatbelt fastened for take-off. We are investigating the complaint and will liaise with our customer.”

Which is just a bunch of bs that British Airways is now spouting in order to clean up their image what with the racist and rude tags that are flying all around them now.

Their excuse also makes no sense since sure it is a safety requirement but if a child is continuously crying then the parents will understandably take them onto their seat in order to console them. The crew further acting all high and mighty and in turn, terrifying the child further is just unprofessional and inhumane.

It is also interesting that the airlines nowhere stated the rude crew member behaviour or offer any kind of apology if something like that did happen. Nor did they promise to take any action against the crew member if the claims by Pathaks are found to be true.

It is high time that we called out British Airways on the bs they are offering and ask them to train their staff to not be rude and racist professional idiots.

We will have to see how the investigation goes and will certainly need some more proof of the claims made by Pathak as well as something from British Airways on what exactly happened.