I would probably be called an idiot for writing out such an article which criticises a legendary motorcycling company like Royal Enfield Bullet straight on the face. But am I the only one to do so? No.

Some words that ring in your ears when you hear the name of ‘Royal Enfield Bullet’ must be: the official road-trip bike of India, the macho symbol for men in India, and the bike one would buy to impress girls. Sigh.

The company took the macho symbol so seriously that they went on to name one of their models, well, Machismo. Thanks to this, a girl riding a Bullet in India would surely make the headlines.

You must have seen Bullet lovers taking pride in the typical sound that the Bullet makes, which is very irritating. Sometimes it just feels like a bomb has gone off and you have to anxiously wait till the next one will go off.

Kudos to the Bullet owners who modify their exhausts on their bikes to an extent that they can be clearly heard from miles, something which makes me question why god gave me ears. 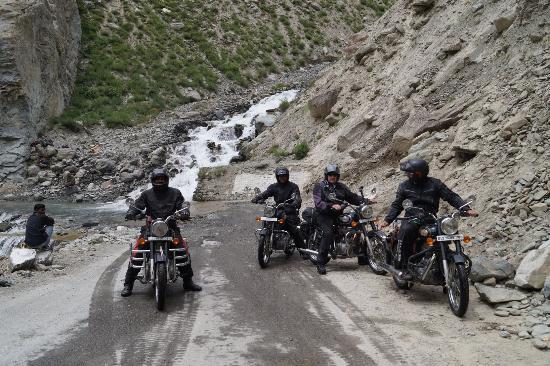 I’m sure we all have met at least one of those Royal Enfield riders who brag about their 200 kg piece of metal. Also make sure to remember the many times, when this old technology and hand-crafted part bike has driven them crazy.

The hand-crafted bike also troubles you a lot during service. Bullets have a very high maintenance cost and the parts come in after a long wait.

The bullets that are still on sale today, uses the same stone-age technology they were built decades ago. Even after paying close to Rs 1.5 lakh average on a Royal Enfield, you don’t even get an ABS and that is quite depressing.

Also, one thing that a bike always delivers on is mileage. But obviously, a Royal Enfield Bullet doesn’t. If you buy a Bullet, get ready to keep refilling the tank.

To those people who want to fulfill their ideal road-trip on a bullet, have you ever tried pushing one? With a Bullet, the chances of having to push it in your hilly excursions, as opposed to any other bike, increase. I’m sure all that machismo would come into play to keep you motivated for this task.

All said and done, buying a bullet seems to be born out of love, and that love is beyond logic. One might think that it makes them look so cool in front of everyone, but trust me it’s the complete opposite.

Breakfast Babble: I May Sound Crazy But Oscars Don’t Make No Sense Anymore