I came back home from University abroad a few weeks ago. Almost two years abroad for my Masters, and not one small trip back home. Not for Christmas, not for Easter and not even for the extended summer holidays because well, you lose a lot of your hair when you’re researching and typing up your dissertation.

It’s not that I didn’t miss home. I did. More for the company of my parents and friends than anything. And to be honest, until I had met them back home, I hadn’t realized how much I had missed them.

It was different when I caught up with my friends though. As someone who did his schooling from Delhi, Gujarat, and Kerala, I did make a lot of friends. But, meeting them now isn’t the same as it once was. You see, meeting with friends, whether it is tomorrow or ten years after, is supposed to be easy. You’re comfortable with them and around them. And conversations should come easy, whether it revolves around dissing each other’s football teams or pulling silly pranks on each other.

But, that isn’t happening. You see, once that initial euphoria after meeting a friend after such a long time had worn off, there was nothing to talk about. Exchanging a few pleasantries and being polite to each other isn’t what I remember about being around with friends. It’s odd. The friends you once had, become strangers quicker than you realize.

Read: Breakfast Babble: Don’t Tell Me To Chill When I Am Angry

Why is that? I dunno really. But, maybe it’s because over time, you voluntarily or by accident, lose touch with people. As much as one would like to believe, your friends become less so with time. And for someone like me, moving around from one place to the other, the distance between friends becomes deeper than just the literal. 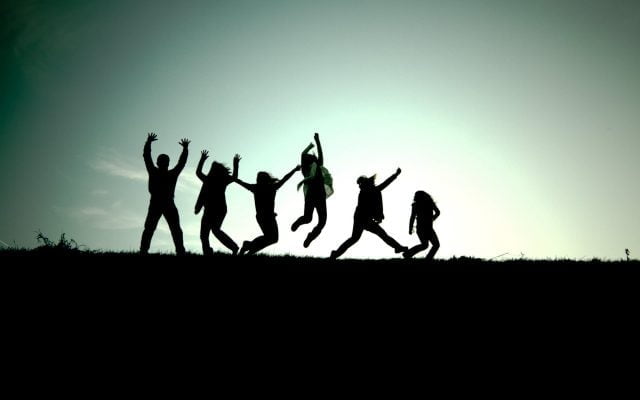 Take Facebook, for instance. Over seven years of having had an FB account, I have just over 400 friends. I don’t really friend people I don’t know but even so, how many of those 400 odd ‘friends’ on Facebook can I actually count on. A handful, maybe. Friendship on Facebook is a myth. There are few. Only acquaintances. Even in life, most of the ones you once had, soon become acquaintances. It’s just that like me, you may realize it only after you meet them after a long time.

You may not have the classroom full of friends you could hang out with every evening like back in school but, that’s alright. I for one, cherish the great friends I have, even though they are more likely to push me into a fight than save me from one. I think everyone is better off having a few great pals they can talk to in the middle of the night than a few hundred ‘friends’ they can cautiously poke on FB.

Breakfast Babble: We Have Become A Generation Of Couch Potatoes And Social Media Addicts And It Irritates The Hell Out Of Me

Breakfast Babble: The Art Of Striking Conversation Is Not Everyone’s Cup Of Tea!