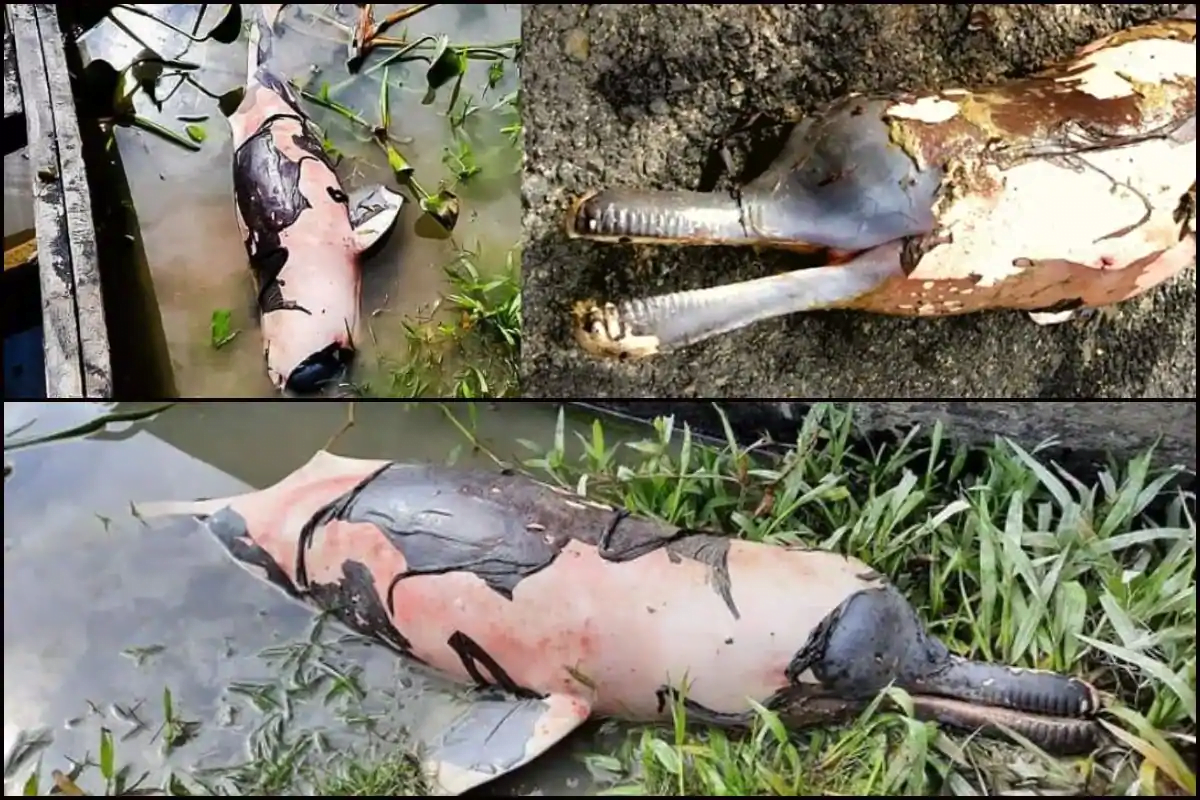 A country usually preserves its national animals. Well, that’s not the case here. The Assam oil spill has been going on for more than a week now, and its disastrous consequences are right in front of our eyes.

Images of the carcass of a Gangetic River Dolphin show how downright cruel mankind has become, in order to fuel “our development”.

The Gangetic River dolphins have already been declared endangered, and such incidents not only result in their death, but also in the destruction of their habitat.

The photos initiated an uproar online, with people questioning the Ministry for Environment, Forest and Climate Change (MoEFCC) on how OIL (Oil India Limited) got the permission to drill near a national park.

It all started when an oil well exploded in Baghjan, releasing a continuous stream of natural gas into the atmosphere. The well is owned by Oil India Limited (OIL) and is extremely close to the Dibru Saikhowa National Park.

The oil leak has also resulted in the displacement of over 3,000 locals to relief camps. Still, there have been reports of the locals complaining of headaches, burning of eyes, etc. 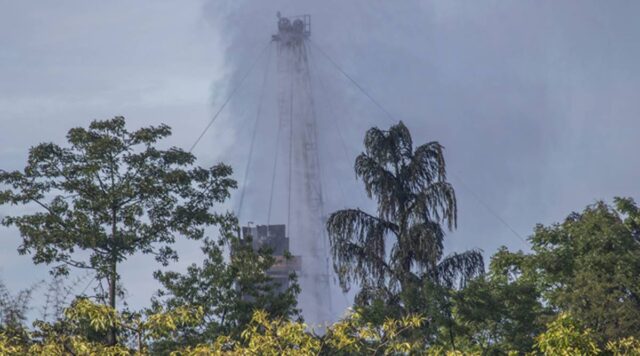 The Current Line Of Action

OIL had contacted Singapore’s Alert Disaster Control for assistance in controlling the oil spillage. Their experts were supposed to inspect the Baghjan well today.

The required protocol is being followed, and the condensates along with the gas are being water sprayed and collected in a pond near the well.

The harsh weather conditions are making the job even more difficult for the authorities. However, history does not back them here, with the last oil leak lasting a staggering 45 days.

Also Read: This Japanese Practice Lets You Soak In The Environment To Reduce Stress

What’s The Effect On The Surroundings?

As one can already imagine, the aftermath of this event has been disastrous. Apart from the sufferings caused to the locals in the area, dolphins and exotic species of fishes were also killed.

With the oil well being at a meager distance of 1.1 km from the Dibru Saikhowa National Park and 1 km from the Maguri-Matapung Wetland, condensates of the gas are reaching these sites, causing severe harm to the environment. One can see the traces of condensate in the area, which has already started affecting the wildlife. 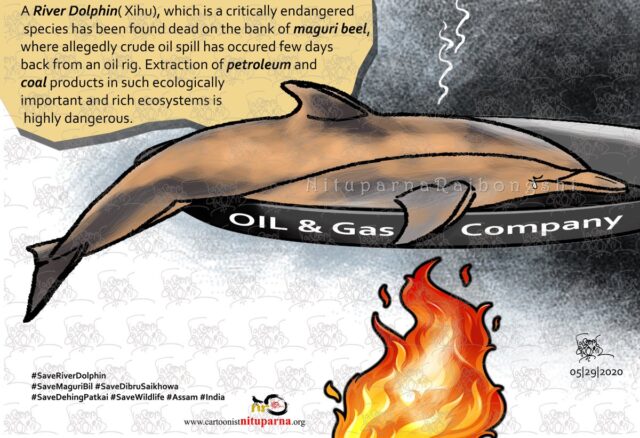 Wildlife is an integral part of the ecosystem. Humans have already invaded the majority part of the earth, stealing the habitats of other animals.

Now, it is indeed a shame if we can not even live co-operatively with other organisms. The families of the affected locals will be compensated with Rs. 30,000, but the lives of the animals can only be compensated with strict measures, which ensure that our development would not come at the cost of their lives and habitats.

Watch: 5 Indian Environmentalists Who Are Working To Make The World A Better Place