Home Politics As A First Time Voter Myself, Let Me Tell You Things To... 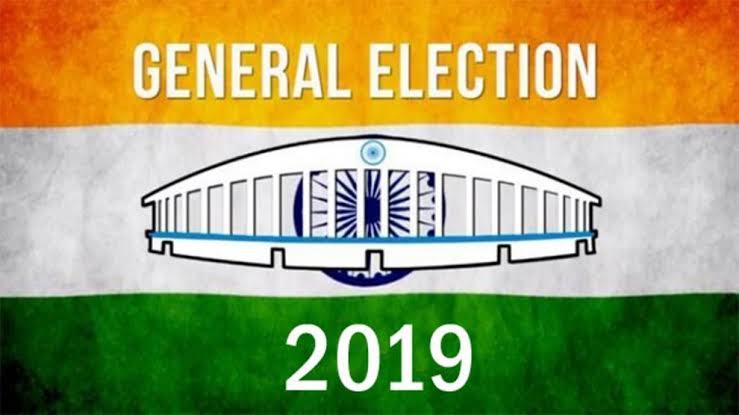 The upcoming Lok Sabha elections will mark a watershed moment in the Indian politics- the advent of the “GEN-Z” in the country’s political front.

This batch of 140 million new voters, born at the turn of the millennium, look ahead to make their voting debut this year, to elect the government of their choice.

What are the factors that frame their choice? Do they really correspond with the ‘lehar’-mindset of their ‘experienced’ counterparts, or are they on a lookout for something else?

What about the big looming, existential and political question- Which side of the ‘siyasi’-court do you belong? Who will catch the millennial votes?

WHO SHOULD YOU VOTE FOR?

Keep in mind that ours is a Parliamentary Democracy, where one votes for the political representative from their constituency, aka the MP/MLA of your area.

Regardless of the appeal of the star-campaigner or the leading face of a political party, one should vote for the ground-level representatives, who will be the ones catering to your concerns and will represent the youth in the policy-framing council meetings.

So what we advise to the young voters is to know who their MPs are, to look up for their educational, criminal, political background, find out what their agenda is for public welfare, for youth welfare, is.

See if they are talking about issues like educational, infrastructural, economic and social development. See if their history speaks of translating their policies into realities, or if their strategy is simply to spurn the popular religious sentiments into favorable votes. Decide accordingly.

Related: As A First Time Voter Note The Importance Of NOTA, The Right To Register “None Of The Above”

SOCIAL MEDIA IS COOL, BUT SHOULD YOU LISTEN TO IT?

Don’t just rely on trending hashtags. Popular sentiment may look cool, but it isn’t always the right one. Renaming of cities, vehement communalism, and the pseudo-nationalism may get one ‘likes’, but they certainly aren’t going to get people adequate meals, proper education, employment, and civic amenities, regardless of any claims to the contrary.

If twitter claims that a particular political party has created jobs and has made India the world’s ‘fastest-growing-economy’, don’t just swallow it up with salsa sauce. Do your research.

Fun Fact1: India has the world’s largest working-age population at 730 Million which demands at least 1 Million new jobs every month. While China creates 0.1M jobs a day, we struggle to keep that number up to 1,000.

Fun Fact2: Unemployment rate stood at a 45-year high of 6.1% in 2017-18, according to NSSO’s periodic labor force survey. However, the governments have, since decades, denied any decline in employed population, and claim that we are on an ‘economy-boom’. BOOM?

Fun Fact3: In 2018, 3700 Ph.D. degree-holders along with 90,000 super-educated candidates took the exam for the post of a messenger in UP Police, where the minimum eligibility was “Class V passed”. Well, the figures speak for themselves.

Long story short. Don’t get manipulated. Do your own judgement.

WHAT IS THE POLITICAL VISION FOR THE YOUTH?

Irrespective of whatever political party takes over the Lok Sabha, we notice a conspicuous absence of the youth in the policy framework. In a place where we are increasingly served middle-aged men touted as ‘yuva netas’, the utter dearth of actually ‘yuva’ netas is a matter of utmost concern.

This huge communication void between the youth and the lawmakers, this lack of political vision for the youth makes them feel starkly under-represented and disregarded.

The noveau-adults of India crave for a better lifestyle- a free and healthy lifestyle, better educational opportunities in both rural and urban expanses of the country, a basic pay assurance after mandatory studies, a non-toxic and healthy competitive environment where mental health is a priority, a more socialist state which encourages a just and proportionate dissipation of economy, freedom of expression without any threat to their integrity, the right to speak and be taken seriously. They need better public policies and policymakers who care about youth interests.

FINALLY, WHERE DO WE STAND?

We’ll get to know the BIG VERDICT in a couple of months. But so far, we still don’t see any candidate who can even remotely be considered to be one who actually cares and caters to the youth interests.

Increasing dissatisfaction and a sense of having to chose the ‘least-worse’ candidate continues to dominate Election scenario, and presently, we are not looking at any change.

NOTA is increasingly being considered as a viable option to display the discontent and helplessness the people face today. I think its high time the youth takes a sensible political initiative or they’ll continue to choose for the ‘least-worse’.

But what’s more important is the fact that you vote, because first, the Universal Adult Franchise is like a validation of your ability to make decisions as an adult.

Secondly, it’s your right, and lastly and emphatically, it is your duty to your nation. So weigh in your options, and regardless of everything, Vote!

Who Is Really An Anti-Nationalist In Saffron Clad India, Today?