Elections are like a battle. But this battle is fought in a peaceful way (let’s hope). It’s not a battle of bullets but ballots and you have the right to vote in the world’s largest democracy, India.

General Elections are due to be held in India between April and May in 2019 to constitute the 17th Lok Sabha.

As a first-time voter, the entire process of voting seems too intimidating and huge. The nervousness and the excitement are too real. 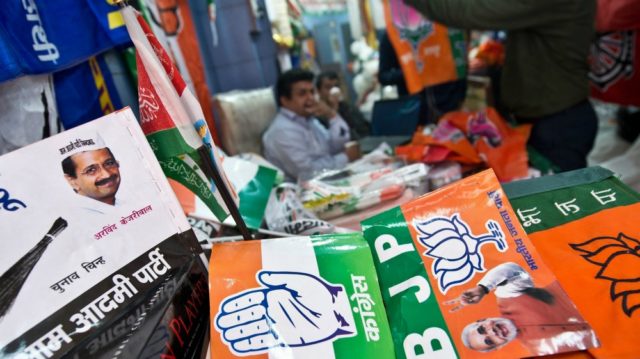 To Vote Or Not To Vote?

The 2014 Lok Sabha Elections was a historic event as it recorded the highest voter turnout ever at 66.4%.

It’s unfortunate that in our country half of the citizens have either given up and choose to remain unaware of the political scenario and the other half lives in the delusion of being informed political citizens, feeding their thoughts with incorrect information and party-funded propaganda.

We have the option of choosing a candidate of our choice or the historic, “None of the above”: NOTA.

It usually happens that if a voter does not support any candidate in the elections, he/she has no choice but to select another candidate.

In 2013, NOTA came to our rescue. This option on our EVM (Electronic voting machine) is based on the principle that, consent also means the ability to withhold consent in an election. 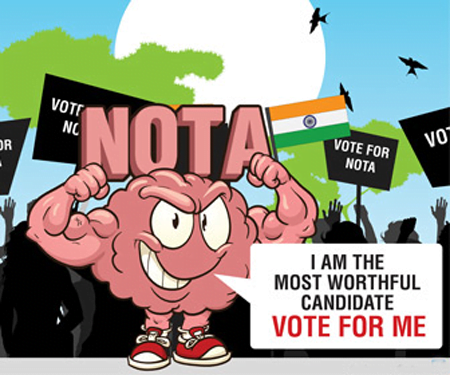 NOTA empowers the voters to reject the candidates and enforce one’s choice.

Earlier also a voter could cast a negative vote under Section 49(O) of the Conduct of Election Rules, 1961. However, this did not protect the identity of the voter.

Also Read: As A Young Voter, Am I Happy With The Work Of The Government In The Past Year?

What happens when NOTA wins?

If the maximum number of votes cast are for NOTA, the candidate getting the majority of the remaining votes would be declared a winner which means that NOTA has no electoral value.

But the Supreme Court of India welcoming the introduction of NOTA as negative voting would encourage people to reject the candidates they are not satisfied with. 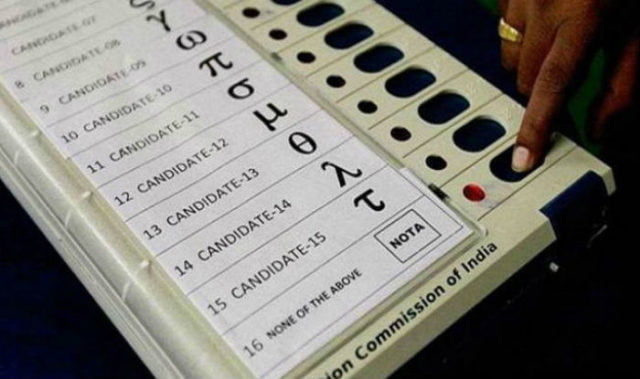 According to the then Chief Justice of India, P Sathasivam, “Negative voting will lead to a systemic change in polls and political parties will be forced to project clean candidates. If the right to vote is a statutory right, then the right to reject a candidate is a fundamental right of speech and expression under the Constitution.”

As mentioned by Gareth Adamson, NOTA is not a voting system but one more option that can be chosen along with the rest of the candidate options.

NOTA is a really useful tool to gauge the level of dissatisfaction amongst the voters. It maintains the sanctity of elections taking place and preserves our freedom of expression as it allows us to express dissent.

NOTA can encourage greater participation in the democratic process as it disapproves all the candidates nominated. It is also expected to bring about a gradual and systemic change in the quality and integrity of candidates that are fielded by political parties.

This option respects one’s choice of not settling for the given candidates but demanding only the best.

We live in dark times where the right to cast an informed vote or reject the candidate is a privilege enjoyed by a few.

The need of the hour is to wake up the apolitical and the pseudo-political citizens of our nation and make them realise the importance of their vote.

‘Boys Who Cry Passionately On Musical.ly India’ Is The Greatest Page Known To Mankind