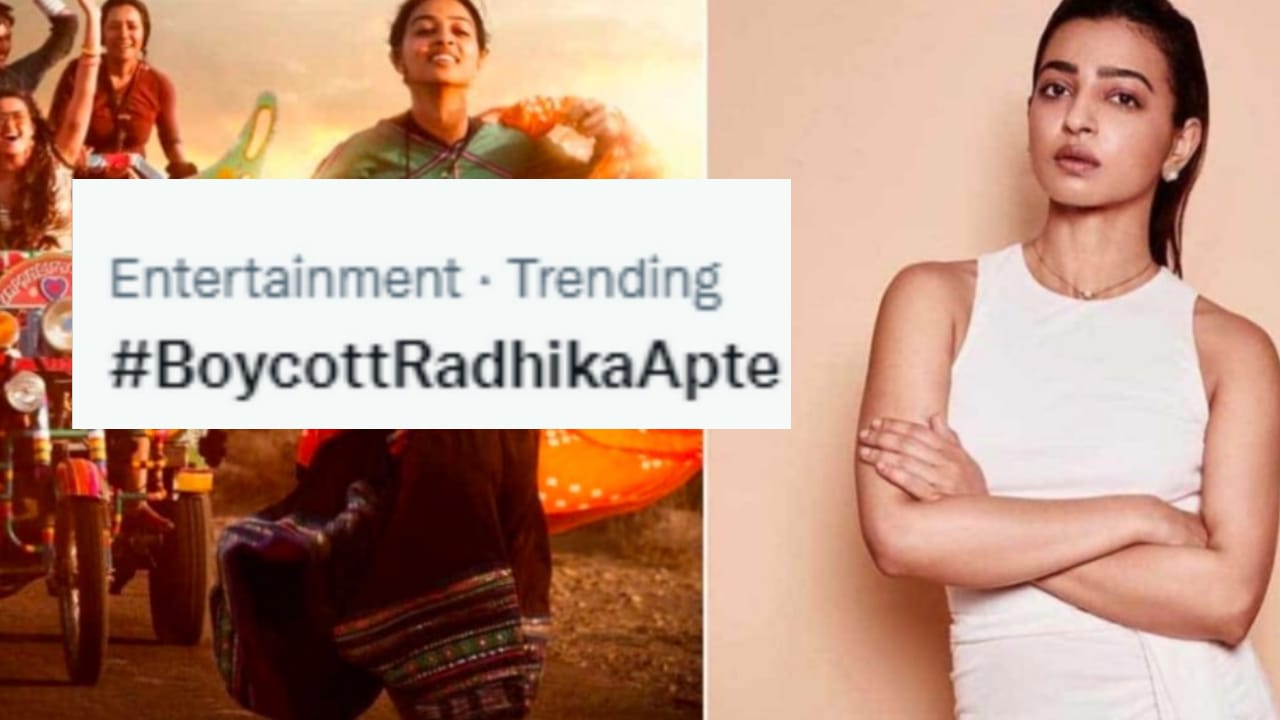 ‘Boycott Radhika Apte’ trends on Twitter after her old pictures surfaced online from her film Parched. This popular Indian actress finds herself amidst all this controversy.

She has made quite an impact on the OTT platforms with her list of movies and series. And these often hit the headlines, for several reasons.

The hashtag trend started on Friday when nude photographs were being leaked from her film Parched. This did not sit well with Twitteratis, who are always ready to jump the gun for any occasion.

Most of them had complaints that Bollywood films are “insulting” and “destroying” the Indian culture. Take a look at their reaction. 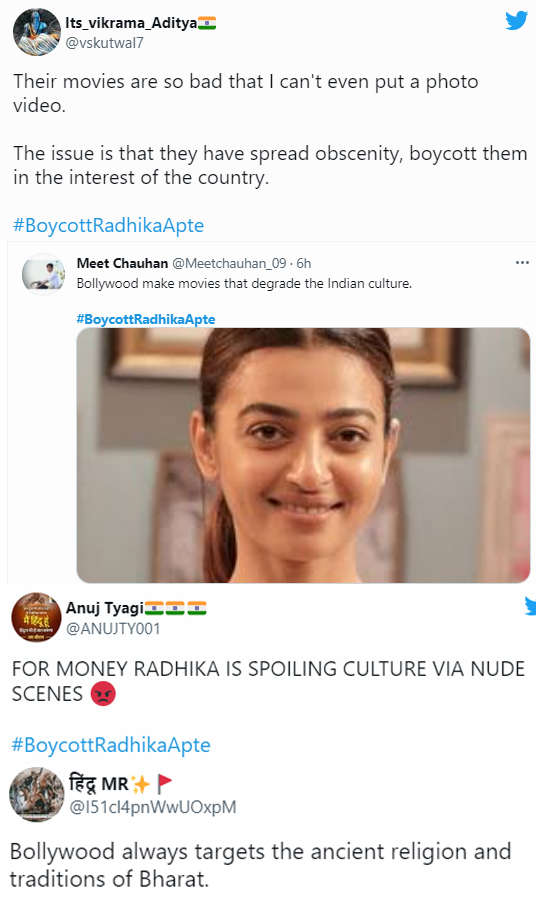 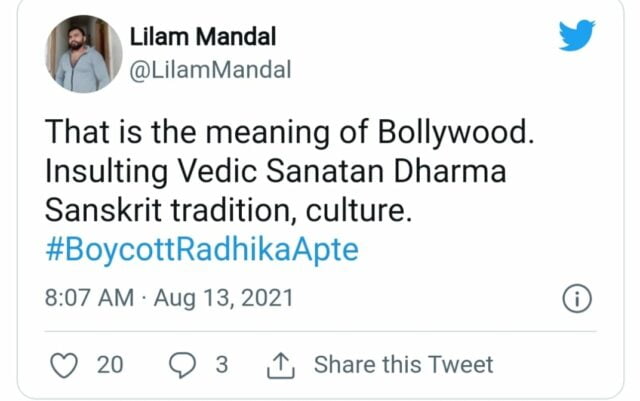 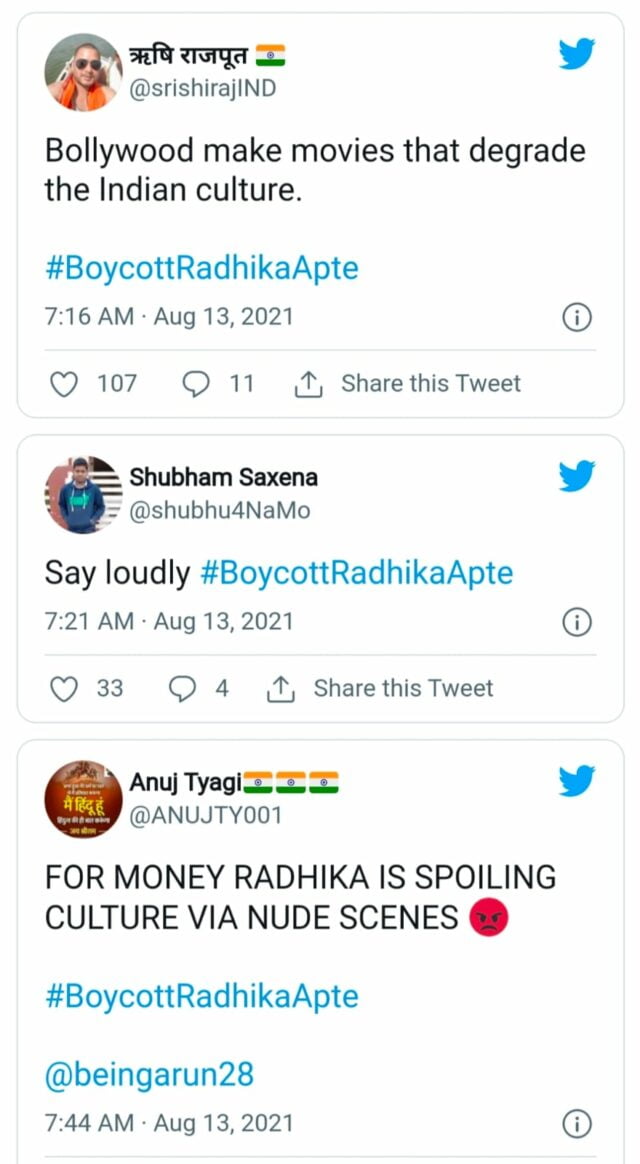 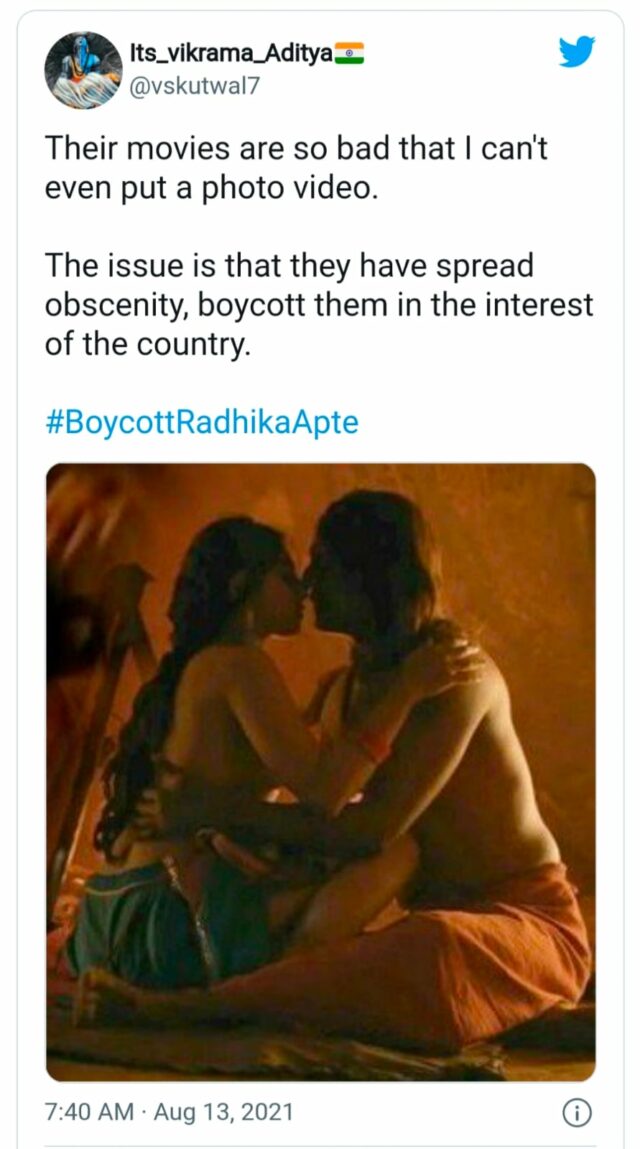 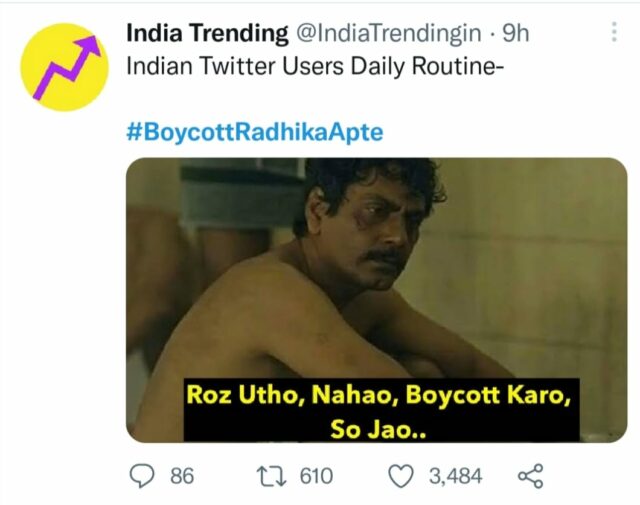 These pictures were the talk of the town back in 2015 too when the film was released. Directed by Leena Yadav, the film revolved around four women from Gujarat and talked about societal issues, such as child marriage, dowry, marital rape, and abuse.

The pictures of Radhika Apte’s lovemaking scene have stirred up social media again. And people are up and about to start making the whole “nude-clip” leak a stressful ordeal.

The actress earlier when asked about her scene with co-star Adil Hussain she said, “Having to be nude on screen was a little intimidating. Now, I can bare it all anywhere. I’m proud of my body shape and size. Of course, that film went to so many places and that led to more work and appreciation”. 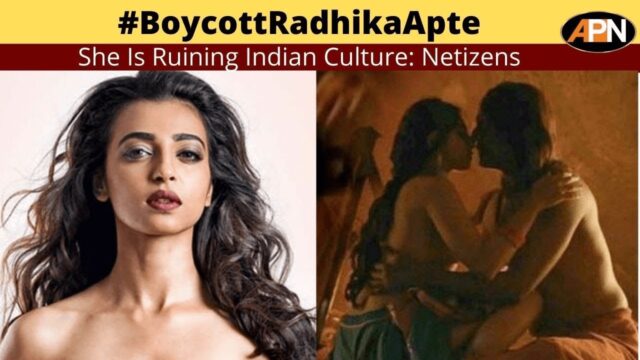 What Is #TwitterBJPSeDarGaya And Why It Is Trending