Should Agricultural Income Be Taxed? 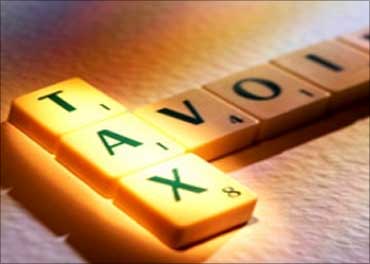 The agricultural sector is already a very sick sector with people moving out of this sector because of the unreliable weather and the low prices offered to the farmers by the middlemen and traders. The farmers who are still engaged in cultivation are struggling to make ends meet. Even though the government is providing seeds and fertilizers at a subsidized rate the benefits of it never seem to reach the ones who deserve it.  Taxing the income of these poor farmers will be a death blow to this sector, which is already struggling with the nature’s mood swings and the lack of knowledgeable workforce. Farmers  going to cocktail parties in Mercedes are a very few cases or maybe their real source of income may not be from agriculture. Then why are most people in the rural areas moving out of farming, if it is so lucrative? Food requirements are not that rosy and the present context requires that more and more people need to be brought to agriculture and for this more sops need to be given to the farming community.

Once on the slippery slope of taxing the whole population there is no going back. If it`s possible for farms to be split to avoid taxes, then that can be done by wealthy farmers and not so wealthy farmers. By taxing the larger farmers it will automatically increase the cost of food to those who buy in towns and cities. If tax rates are 30% that`s how high the food bill of an average household will be. It is correct that while the people with high income will be unaffected, it is the average Indian middleclass family which will suffer from the high, as they will less income to dispose off in savings. Inflation is already high and rising. When the cost of food rises, so does the tax being levied by government from food combined with manufacturing – government rakes in more money in that tax so manufactured food costs rise, it is a never ending cycle. They use themes like buying a Mercedes to leverage minds – so what if somebody drives a Mercedes, maybe he can’t take a holiday off the farm, which one would you rather have?

The problem of government officials wanting more cash is how they choose to spend what they already have. Billions of the tax payers money is being spent on unproductive schemes. The question here is not whether this taxation will help the government and the country in progressing, the question here is whether the government will utilize the extra cash it has for the development of the economy or will it fill the pockets of the already corrupt officials.

If the idea is to tax only the rich farmers and have a separate slab for agriculture then, the use of this collection of revenue should also be limited to the development of agriculture, education and subsidies given to the farmers. This way the service sector will not have to subsidize the agricultural sector. It is not the question of whether the income should be taxed or not, the debate is what good comes out of it, if it is only going to increase inflation and put pressure on the small farmers then the scheme is another way ensuring the dismissal and death of the sector.