OYO Rooms is known across India for providing travellers accommodation on a budget.

It might not be the best, the safest or even the most well kept, but the wide spread nature of the company has made it possible for people to travel even if they cannot afford to spend a lot on the accommodations.

Even business trips or quick weekend getaways are possible with the help of such cheap and easy lodgings available in various parts of the country.

However, it seems with all the success they are enjoying, they too are going the usual path of ignoring to listen to the customers.

An interesting LinkedIn post popped up that made me realise the seriousness of it all and how it was not one isolated incident. 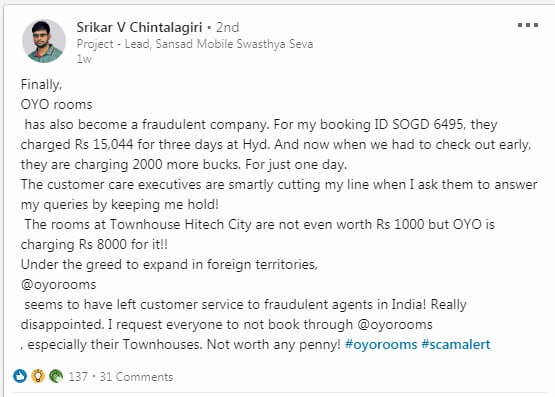 Srikar V Chintalagiri’s post on LinkedIn explaining how OYO Rooms swindled money out of him while he was staying at Townhouse Hitech City, Hyderabad.

He also revealed that the customer service executives were not only keeping him on hold but also using that as a way to cut his calls, possibly to get away with not answering his questions.

He ended with asking people to not use OYO Rooms as according to him it was all just a big scam. 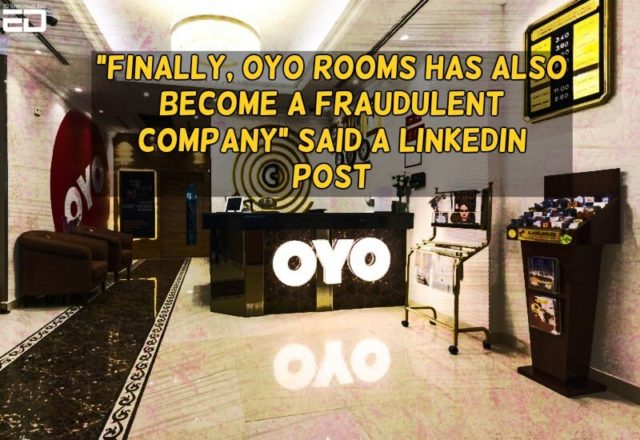 The Response To It All

That one post got a lost of response, with almost 31 comments and most of them not only agreed with the original poster (OP) but also shared their own similar experiences with OYO Rooms.

One person, Vidur Yash Ahluwalia reached out to us on email and recounted his own story.

I checking in an OYO on the 7th of last month and paid INR 2880 for it. On getting in the room I was horrified to see that the room was completely different from the pictures and there was something on the floor that seemed like sperm.

I called up the helpline and they said to wait for an hour for resolution. After waiting for several hours I left the property as it was too unhygienic to stay there. I actually booked another OYO and went there.

You will see on the tweets that I have been trying to address this issue for over a month now but every-time I get an inmail or comment saying– ”Sorry for the inconvenience, our team is looking at this on priority”. It has been over a month now without resolution.

To give a full backstory, he had even attached images of the room along with screenshots of his tweets and the email interaction with OYO Rooms representatives, as proof.

He further told how he had even posted about it on his Twitter page, but besides a common automated response, they have not followed up with him or given him any type of timeline for when the issue will be resolved. 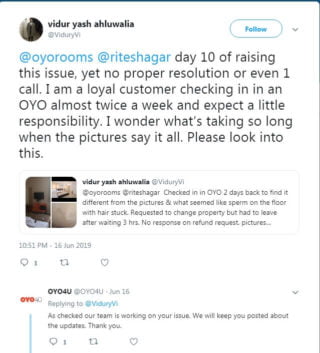 Read More: An Uttar Pradesh Startup Called ‘Goyo Rooms’ Has Set Up Luxurious Gau-shalas For The Protection Of Cows 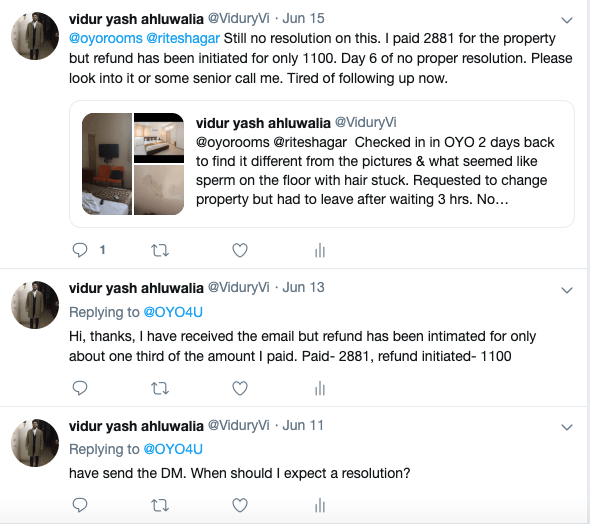 In one of the tweets, he stated how although the OYO Rooms representative had stated he would get a full refund, he only received Rs. 1100 instead of Rs. 2881. 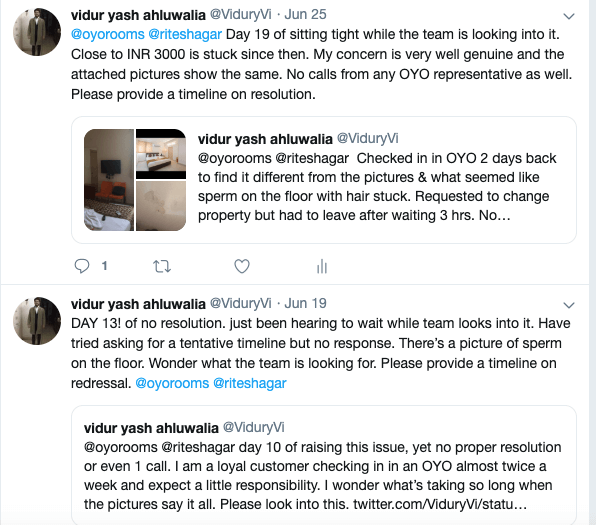 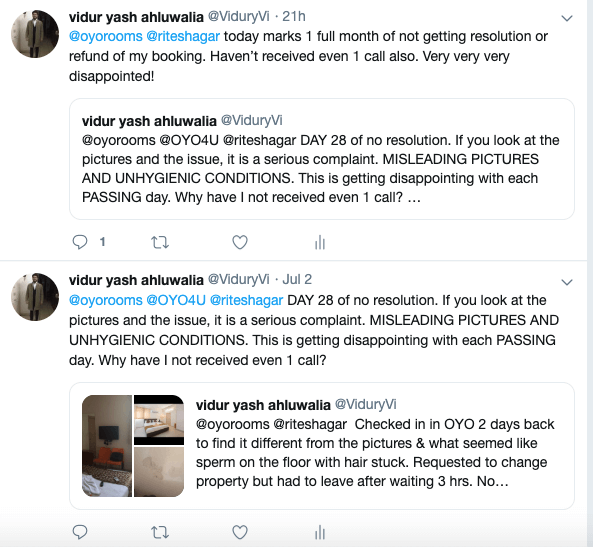 It was not just this one person, but another also shared an experience they had with an OYO Rooms in Raipur. 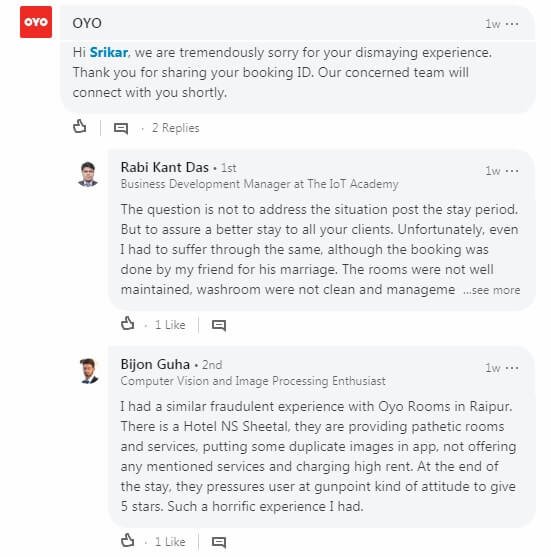 It is concerning, if OYO is not giving attention to such complaints, as it can create bad image of the brand for other customers.

The trust of customers is very important for any brand that is putting out product in the market. Ignoring them can result in the brand losing that and lose of business too.

Hope OYO Rooms is able to work this out and create a better platform for its customers.