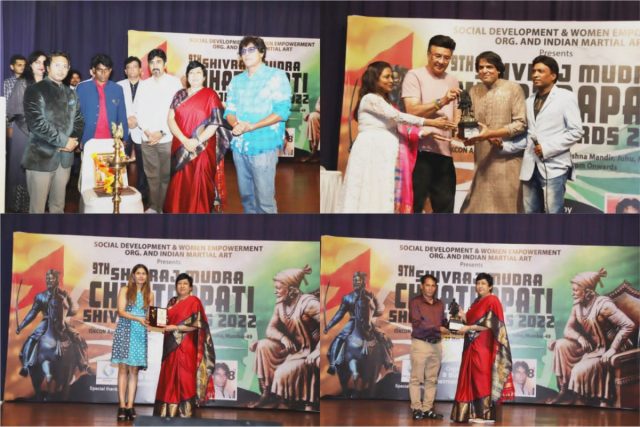 The 9th Chhatrapati Shivaji Maharaj Award was presented at ISKCON temple auditorium Juhu, Mumbai on 27/May/2022.

The award was given by the Great music director Anu Malik and Padma Bhushan great singer Udit Narayan. Actor CHUNKY PANDEY and MLA Bhartiya Lavekar were also present on this occasion.

The audiences were well entertained by Comedian Sunil Pal. Sarangi Maestro Ustad Kamal Sabri ji showered his melodious drops of music on the show. It was an all inclusive entertaining and educational event where all the felicitators and the awardees were proud of each other’s achievements.

The organisers and the awardees expressed their special thanks to Mr S.SUDARSHAN Co-founder of SOCIAL DEVELOPMENT & WOMEN EMPOWERMENT  ORG AND  INDIAN MARTIAL ART for organizing such a wonderful event and recognizing real talentfrom various industries and honouring them with the prestigious award.

Politics Sreemayee Nandy - June 21, 2022
Food crises are being caused by the ongoing conflict between Russia and Ukraine, which has escalated since it started in February. Existing situations have...