For years, civilization has bloomed amid a patriarchal society and has successfully conditioned minds to think and act in the same patriarchal way regardless of their gender and sexual preferences.

Yes, when I say regardless of gender and sexual preferences, I do include the women. Contrary to popular belief, you might be a misogynist even if you are a woman.

You might be a woman who is considered to be a free independent individual working her way through life and still have misogyny deep rooted in you because that’s how centuries of conditioning works. In other words, you might be a victim of great internalized misogyny without your realisation.

Cultural Bridge to Justice defines internalized misogyny as the involuntary belief by girls and women that the lies, stereotypes and myths about girls and women, that are delivered to everyone in a sexist society, are true.

To make it easier for you to understand what it is and if you or anyone around you is a victim of it, here’s a list of tell-tale signs.

Every girl is different, every individual is unique and there’s no doubt about it. But when you start constantly feeling like you are ‘not like other girls’ but superior to them, you might want to take a step back and reconsider your thought process. 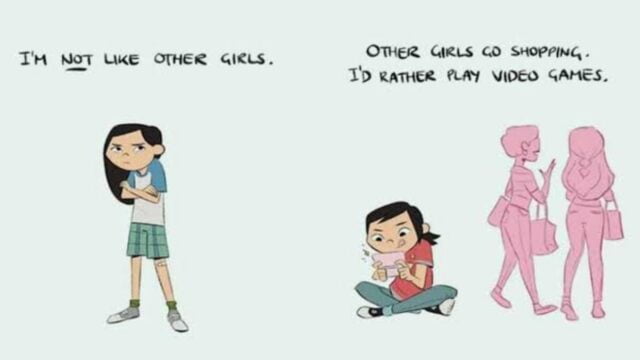 Other girls are smart, beautiful, strong, talented, kind and everything you are, with also features that are just unique to them. But that doesn’t make them any less than you. If the only time you are feeling confident about yourself is when you are looking down on other women, you might not be as self-confident as you thought you were.

Rather, you are a poor victim of internalized misogyny and that has moulded you to think that the only way you can be set apart is by pulling others down.

But here’s a fact for you. Female friendships are as precious as they can get and there is nothing more empowering than supporting one another.

In cases of violence or sexual assault on women, if your mind instinctively goes on to find ways to blame the victim, you have a serious case of deep-seated misogyny. 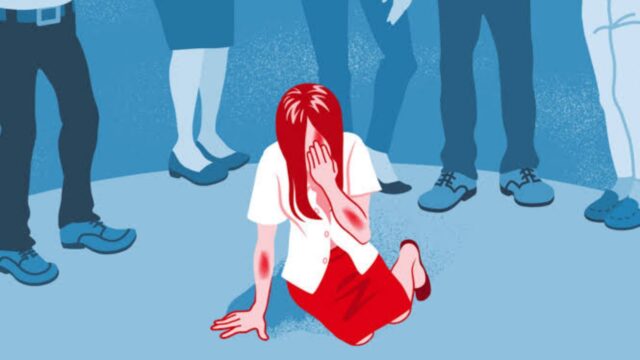 Our society is so notoriously sexist and toxic, that to justify men’s privilege and their actions, even in cases of horrifying abuse on men, they have blamed the victim and not the abuser. And surprisingly, this has somehow become normalized and okay. But it’s not. It’s not okay at all.

So, here’s a myth buster – no matter what, the victim is never at fault in cases like these. No matter what she was wearing, or how she was speaking or where she was going and when she was going, nothing justifies the actions of the abuser. Period.

Society invariably teaches us that girls should not be too vocal, too assertive, too independent or too strong-minded. Lest anyone does become any or all of these things, they are labelled as spoiled.

As we grow up, the terminology starts to change, and the spoiled girls are now called sluts. Even more so, when these women are in control of their personal lives and sex lives. 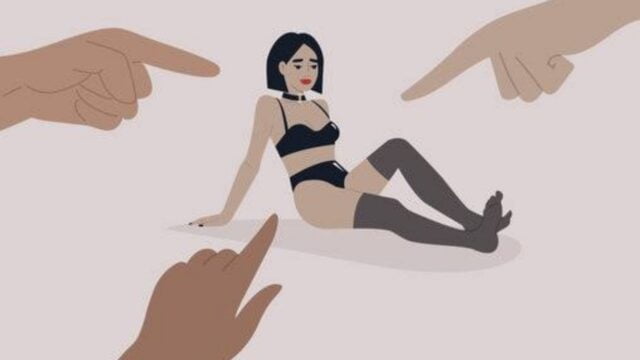 What someone does under the sheets is nobody’s business at all and no one should be judged on the basis of that. Sexual preferences and choices are personal aspects of anyone’s life and they can do whatever they wish to as long as consent is present from all the parties involved.

4. Body Shaming Or Resenting Your Own Body

Body shaming other women or resenting your own body is a significant indication of internalizing misogyny and looking at women’s bodies through the male gaze.

Thinking women should look one certain way and hating your or others bodies when they don’t conform to those standards or specifications is something that should be taken seriously and dealt with care, because if not, it might lead to lifelong body image issues. 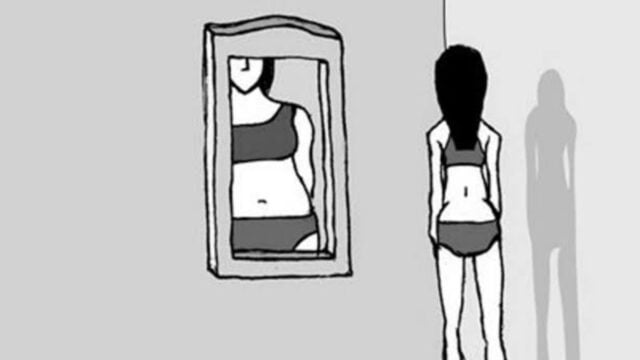 All kinds of bodies should be normalized and celebrated without any holds barred.

It’s 2021 and if you still believe in the long list of gender stereotypes that our society has silently managed to establish in our day to day lives, it’s time to take a small wake up call.

Stereotypes like women belong in the kitchen or that pink is women’s color and blue is men’s are age old ideas and have no business being still relevant. 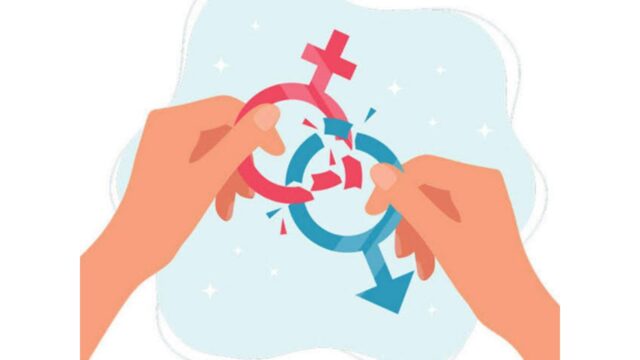 Conforming to these ideas is not just misogynistic but also homophobic and queerphobic. Gender fluid and non-binary people are daily shamed for being the way they are just because they are far above these meaningless stereotypes.

Time To Unlearn And Learn Again

So take a look at these signs and identify if you find them familiar in you or the people around you. Because the first step is to acknowledge the problem.

Years of conditioning and generational patterns can mould you into ways you don’t even recognize. So if you have internalized misogyny, it’s not your fault. Really, it’s not.

But what you CAN do, is try to unlearn the sexist stereotypes, press a refresh button and learn the way of life once again – one free of judgements and love.

Fake Friendly Fridays: In Conversation With Kartik Aaryan About His Misogynistic Films