Yesterday, former Chief Justice of India, Ranjan Gogoi was nominated as a member of the Rajya Sabha by the Hon’ble President, Ramnath Kovind.

The President has been bestowed with the power-cum-duty by the Constitution of India of nominating members to the Rajya Sabha. He can nominate a total of 12 people for a term of 6 years each. The nominees should have contributed remarkably in their fields like art, literature, science, law and social service.

Ranjan Gogoi was the 46th Chief Justice of India who retired recently. He has been credited to have presided over some very important cases and passing landmark judgments, including the Ayodhya case verdict.

Various names were floated in the media for the nominations but the name of the former CJI was not one of them. His nomination came as a surprise for all and as a shock for the opposition parties.

Despite the contribution made by the former CJI Gogoi, his nomination to the Rajya Sabha is wrong at multiple levels and here are the reasons for the same. 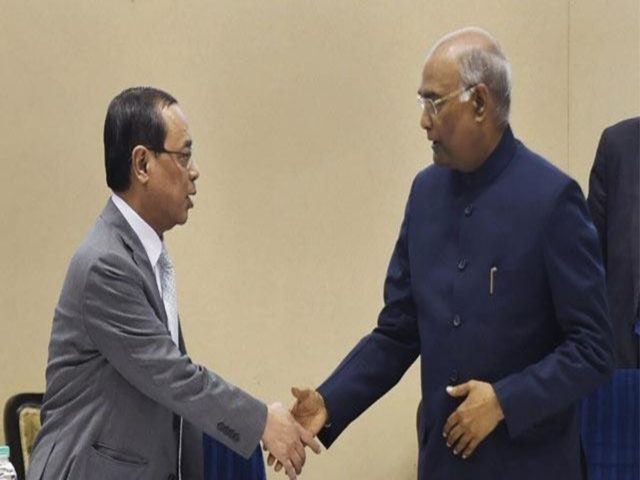 1. Difference of Position in Hierarchy

Have you ever heard a former Prime Minister contesting the election of a state assembly with the dream of becoming a Chief Minister? Of course not! This is because the post of PM is way above than that of a CM and no one likes a reverse gear in their career.

His reputation as a former Chief Justice is unmatched by the membership of Rajya Sabha.

2. The Defeat of Theory of Separation of Power

Indian Constitution talks about the separation of power between the three organs of democracy- Legislature, Executive and Judiciary. Though there is necessary overlapping, safeguards against any possible prejudice are put in place.

However, if a former Chief Justice would be offered the membership of Rajya Sabha, it would lead to difficulties in the separation of judiciary from the legislature and executive. Rather, it may act as bait or an incentive for present or future justices, who may hope for political favours, thus jeopardizing the sanctity of judiciary. 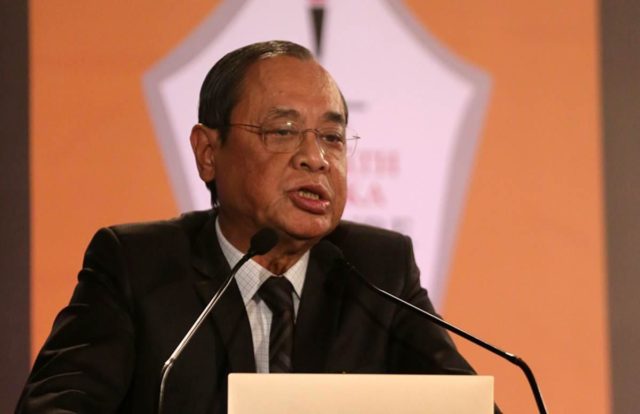 Read Also: Why Is Media Biased Against Lawyers In Lawyers vs. Police?

Indian judiciary is sacrosanct. It works on three principles of natural justice- Justice, Equity and Good Conscience. We definitely cannot ignore the excellent work done by the former CJI and the way he can contribute positively as a member of Rajya Sabha. However, we need to look at the bigger picture as well.

The questions against his integrity and the judgments delivered by him are already out in the open. These accusations maybe just slander or libel but morally, the former Chief Justice should turn down the offer.

During his tenure, Ranjan Gogoi delivered various judgments in favour of the ruling Bhartiya Janta Party, including the much-awaited Ayodhya Verdict. Now, after the news of his nomination is out, his integrity is being scrutinized by various political leaders and other social elements.

A judge lives by his integrity as his judgment and reasoning are the only things which are the driving force behind the judicial system. Once the same is under question, all the judgments delivered by him come under suspicion and that is not good for the judicial system. 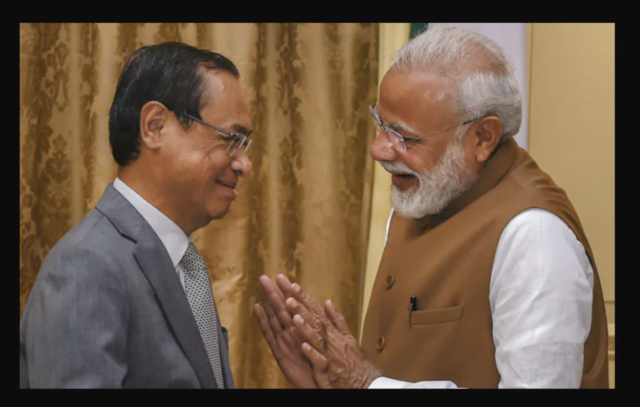 Late Senior Advocate Arun Jaitley had once exclaimed that “pre-retirement judgments are influenced by a desire for a post-retirement job. My suggestion is that for two years after retirement, there should be a gap (before the appointment) because otherwise, the government can directly or indirectly influence the courts and the dream to have an independent, impartial and fair judiciary in the country would never actualise”

Ignoring this statement altogether, Gogoi has been offered membership of Rajya Sabha which will not only lead to loss of public faith in judiciary but will also adversely impact the independence of judiciary.

The nomination of Ranjan Gogoi to Rajya Sabha may be a political stunt and various leaders of oppositions believe that he is paid back for his loyalty towards the ruling party. No one knows how much of these allegations are true, but they are surely tampering the image of the former Chief Justice and tarnishing the sanctity of the judicial system, thus setting a bad precedent for generations of legal professionals to come.

Ideally, former CJI Ranjan Gogoi should gracefully reject the nomination, thus saving his reputation as the former torchbearer of the Indian judiciary.