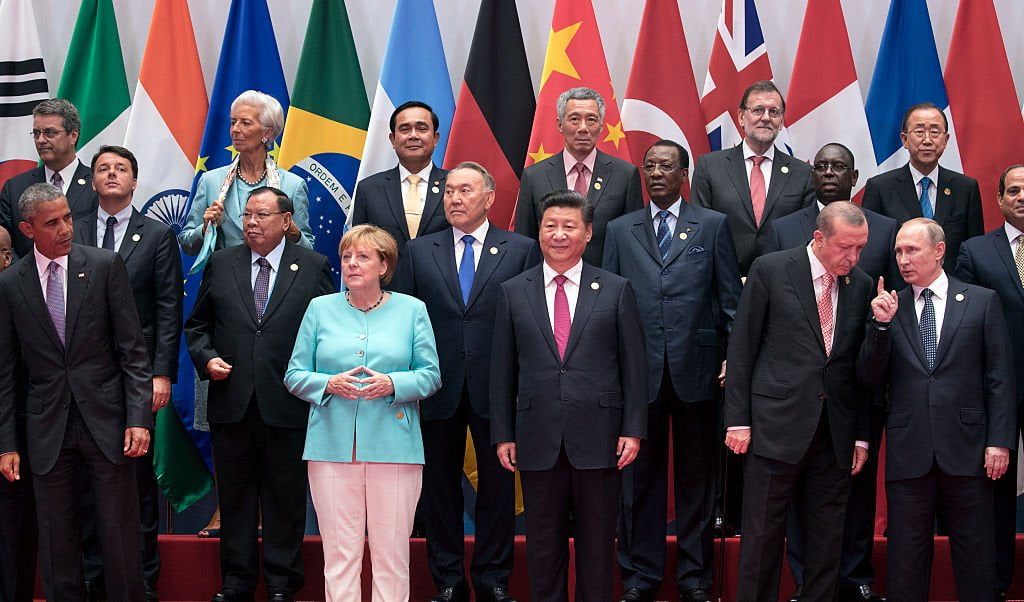 I know exactly what first came to your mind. A round table with all female leaders sitting around struggling to come to a conclusion because no one would let the other finish.

Just a thought, a break from the ‘MAN’S WORLD’; what would happen if there are more women leaders in the world?

Would ego at work place plummet and would everything be resolved by simply talking?

Are women less likely to engage in wars and more likely to act as agents of peace-building because of the typical feminine traits we attach to them? Like being caring and motherly and being good negotiators? Or do we need an appropriate balance of both ‘a man’s’ and ‘a woman’s’ traits to make this a better world?

There is a lack of female representation

Before beginning with that debate let us look at the fact that there are hardly any women in power. The political world is still largely rather wholly dominated by men.

There are 15 female world leaders currently in office, out of which eight are the first ones to come in office in their respective countries.

While there has been a considerable increase in women leaders, their representation is still very weak, accounting to only about less than 10% of the member states of the U.N. Also read: What All Is Wrong With The Great U.S.A. These Days?

We need more women, not only women

Why is equality important? So that the society is well-represented. The question is about having more women instead of all being women. It is about a greater percentage of women becoming political leaders.

A better world to live in would be where all sections of society are fairly represented in our governments and have a say in the political affairs of the country.

That women are lagging behind in almost all aspects is no new revelation; be it education, employment, opportunities or being in charge of running the world.

I am a girl and I know how much men enjoy when they see girls fighting and pulling each other’s hair. Crying in that squeaky voice is all what we are expected out of. While men would do it differently, hunt in packs and beat the hell out of each other.

All of this thanks to stereotypes.

If you imagined that women would not wage wars then what about the handful experiences of women coming into power and mostly waging war? Indira Gandhi, Margaret Thatcher and Golda Meir were powerful women and all of them led their countries to war.

According to a working paper by political scientists Oeindrila Dube, of the University of Chicago, and S. P. Harish, of McGill University on studying how often European rulers went to war between 1480 and 1913, over 193 reigns, they found that states ruled by queens were 27% more likely to wage war than those ruled by kings.

Is gender a determinant?

Both men and women communicate differently and encourage exchange of ideas in their own ways.

It isn’t about good or better it is about diversity.

“Diversity is absolutely an asset,”

Therefore gender is not an absolute determinant of what would lead us to lesser global conflict and greater international cooperation. The argument that females would be more peace loving, motherly and nurturing and that men would necessarily be aggressive and strict policy makers falls back instantly because females in power like Hillary Clinton have shown to make robust decisions in the past.

That there are certain qualities that men lack and that women have making them better also falls because there will be also some that women lack and men have.

If men prefer a tough way of instructing, while women would rather join forces, draw and win over, are they necessarily the gender traits?

Or can they be used by both men and women whenever necessary?

It is only about an equal chance that shall be given to both men and women who are powerful and talented and can lead their countries effectively. Because it is not a man’s job alone, because there are women out there who have a knack for it.