The P-word, or let me just say it, the Plus-word has been carried as baggage by us for centuries now. Not conforming to the ideal weight that society sets for you was a crime up until now, some might say.

If you ask them, what changed, they would all point out to that one movement that now all corporeal associations and organizations seem to take refuge under in the name of inclusivity: Body Positivity.

The body positivity movement is supposed to embrace the bodies of all irrespective of their gender, race, physical ability, size, or appearance, right? I think that’s just it: it is supposed to, but again we live in the real world, and the movement really does not include all of us.

And you know what is the prime reason stopping us from realizing this goal? It is none other than Marx’s very own nemesis: Capitalism.

Earlier it was a radical idea practiced and preached by few. But today, as it becomes a mainstream ideology, capitalism is trying its best to establish its stronghold on it.

What Is Wrong With Capitalizing A Social Movement?

When we try to monetize from a movement as sensitive as body positivity, the prime driver of that movement no longer remains an ideal that one could live by, the prime factor becomes money.

It also means, when the time would come, we would not step aside from compromising the ideals to earn more money. 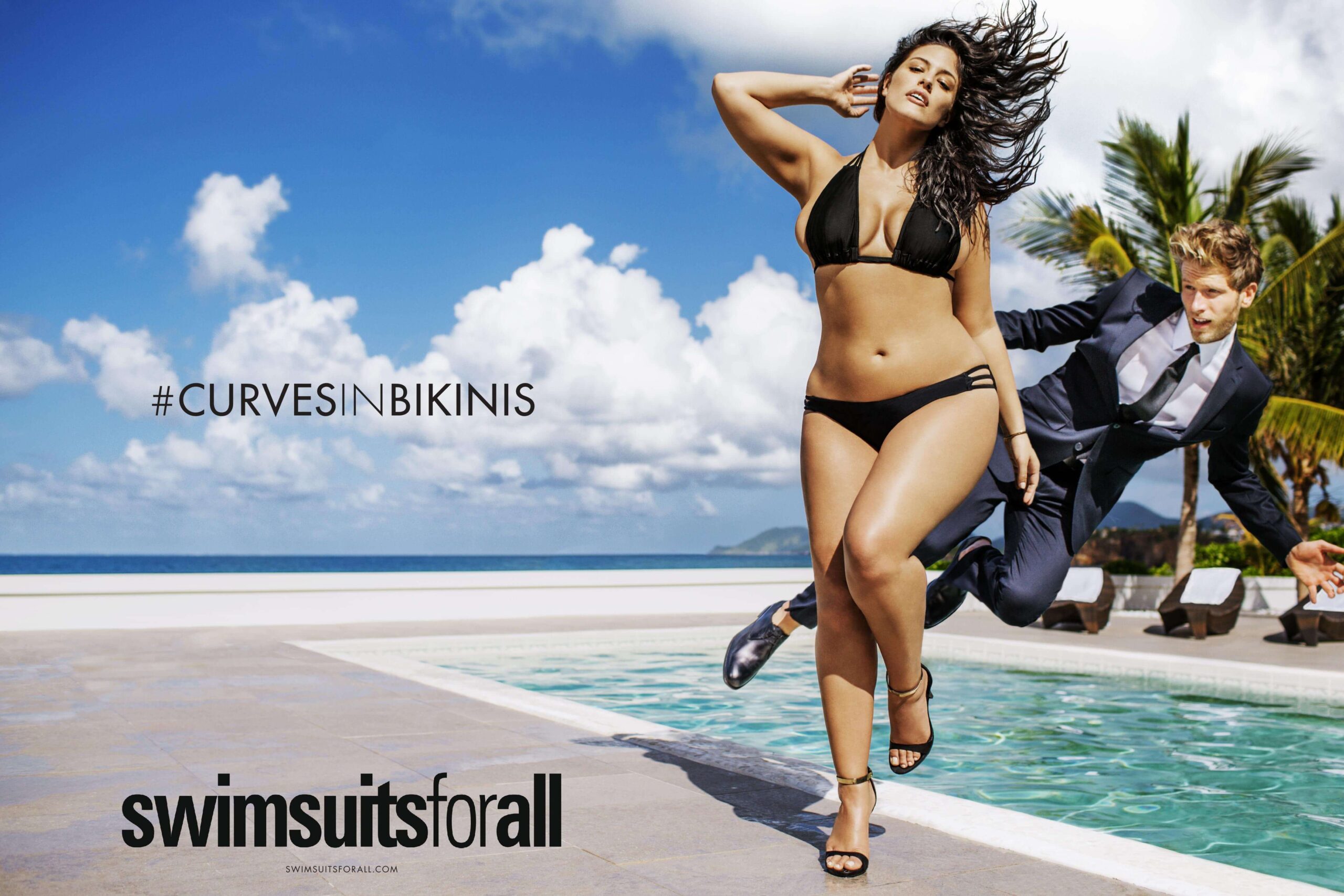 Have a look at this advertisement. It is a classic example of monetizing body positivity. When Ashley Graham shot for this ad, she may not have realized what damage it might cause, so let me break it down for you.

Despite their claim that swimsuits are for all body types, the picture that they chose for promotion was one where Ashley Graham is way thinner than the average body size of a woman all over the world.

Moreover, there are no visible scars, blemishes, stretch marks, which seems quite surreal if the executives are trying to normalize all shapes and sizes.

Also Read: Poster Girl Of Body Positivity, Vidya Balan Dresses Up Or Down For Her Roles

The other problem is the male behind her. By conventional terms, he is a tall and handsome young man who is drooling over Ashley Graham. It brings us to the age-old problem of the sexualization of women and that of the male gaze.

The ad is basically using the male gaze as a parameter to measure how beautiful or sexy the woman is.

This ad also put one more harmful idea on the plate. It is the concept that beauty or sex appeal is crucial to a woman’s life and identity. After careful consideration of all these critiques, what possible good do you think this ad might bring to us?

You can argue that this is just one ad. But all the ads end up promoting one inappropriate message or the other. Sexualization, objectification, atypical representation are the unhealthy by-products of these corporeal campaigns.

Many of us fail to believe that using a plus-size model in an ad is not enough to promote body positivity. Well, it is not.

The Long Term Impact Of These Corporeal Initiatives

Since most of the time, these organizations, brands, and companies miss the point, their ads or products hardly bring any good to the people. These companies capitalize on our anxiety, body image issues, and hardly boost any confidence in them.

It is as if they put out an offer to us where we can improve our image in the eyes of society in exchange for buying or using their products.

Do they help us fight our inner conflict? No!

Do they provide us with the confidence to wear what we want? Barely!

Why are these plus size clothes much more expensive than the rest of the clothes? Now you should know why!

They are perpetuating the same flawed principles but now under the garb of inclusivity. It reinforces the societal pressures to look good and feel good even if we don’t feel like it.

Of course, there is no way to stop this. But what we can do is keep our eyes open and not fall for the next ad that we watch or the next product that we see where they push their interests under the cover of body positivity.

Dear Millennial: Stop Hiding Behind Body Confidence/Positivity For Being Unhealthy/Unfit