Every year India observes 14th April as Ambedkar Jayanti for it marks the birth anniversary of the writer of the Indian Constitution, Dr. Bhim Rao Ambedkar. This makes the date not only special but also of utmost historical significance.

However, this year everything seems unusual. On one hand, when the nation is fighting the COVID-19 pandemic and is set to complete its first-ever 21-day lockdown, on the other hand the great grandson-in-law of our constitution maker will be arrested for some severe charges pressed against him in 2019.

Considering the same, the internet is flooded with an open debate over the controversial arrest of Anand Tembulgende, labelling the arrest as unjustified and ironic.

Anand Tembulgende was born in Rajur, a small town in Maharashtra and comes from the family of a Dalit farmer. A professor and a writer by profession, Tembulgende completed his bachelors in mechanical engineering from VNIT and did his MBA from IIM-Ahmedabad. 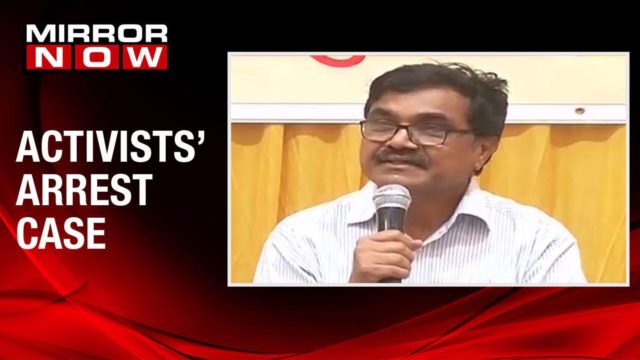 He further received an honorary doctorate from Karnataka State Open University and finally completed his Ph.D. in cybernetic modelling. He held a significant position at Petronet India Limited before turning into an academician. After completing his education, he married the great grand-daughter of Dr. B.R. Ambedkar, thus setting his roots into Dalit politics.

He has been a professor at the prestigious IIT Kharagpur and later became a senior professor at Goa Institute Of Management. Apart from that, he is a renowned scholar who is respected and honored for his intellect and is a social activist who writes extensively about injustice and the caste system in India.

Why Is He Getting Arrested?

Anand Tembulgende is accused of having his hands behind the Bhima Koregaon violence that happened on January 1, 2018, in Pune.

The charges were pressed against him on 28th August 2018, when the police raided his home in Goa and allegedly found his connection with the violence earlier in the year.

According to the police, Tembulgende’s ‘inflammatory’ and ‘provocative’ speech made at the Elgar Parishad held just one day before triggered the Koregaon violence where one innocent life was lost.

Not only this, but the police also claimed that he is connected with the Maoist sect and was involved in a plot to assassinate the Prime Minister. Such an accusation booked him under the Unlawful Activities (Prevention) Act, which offers little possibility of bail.

As a consequence of the same, his bail plea was rejected by Pune court and soon the entire matter was passed on to the National Investigation Agency (NIA) from the Maharashtra police.

Why Is The Public Defending Tembulgende?

After his bail was rejected by the court, a few movements later; Anand was granted interim protection until February 22, 2020 by appealing for the same in Bombay High Court. 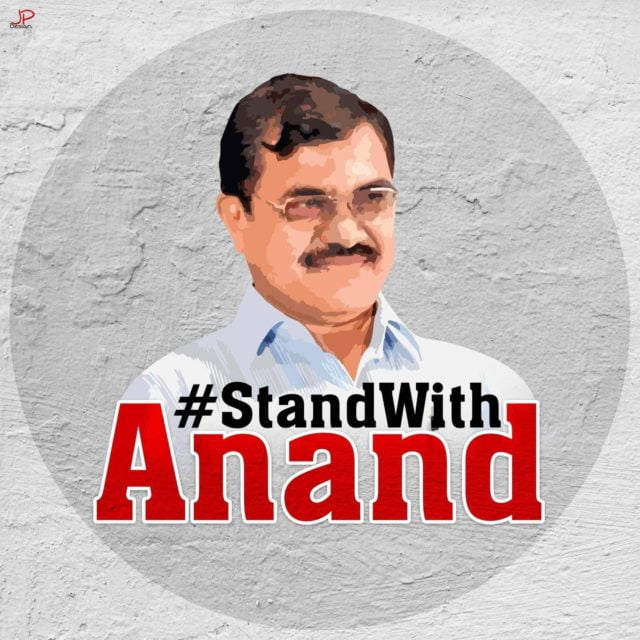 The Supreme Court on the other hand, rejected his pre-arrest bail and granted him three weeks to surrender, starting from March 17.

Contrary to the expectations of the court, Anand Tembulgende did not surrender and is adamant about being innocent saying the charges against him are pure fabrication and he might also ask the UN to intervene if necessary.

Reportedly, his surrender period has ended and his arrest is due on 14th April 2020 which is openly being opposed by countrymen on social media.

Not only this, but several eminent personalities have also come forward in favour of Anand’s innocence and have declared the arrest as an act of ‘national shame’.

While the court is negligent of all the petitions filed in favour of Anand’s bail, the liberals are mourning the verdict and slamming the authorities for making an uninformed decision.

It is ironic to see that how a social activist like Anand Tembulgende who has openly called out the government on social injustice and has vigorously written about the unlawful detention of several social activists has himself seemingly been trapped in the same.

One day before his arrest Tembulgende released an open letter to the public where he wrote his heart out and that is also being extensively circulated on social media. With the current situation being tough for everyone, we hope justice is served to Tembulgende through a fast-track court proceeding.

Has The Supreme Court Ruled In Favour Of People Who Assault SC/ST/Dalits/Adivasis Through The SC/ST Act?