Bhavesh Joshi, the much talked about 2nd movie of Harshvardhan Kapoor, son of Anil Kapoor came out last month.

Although the marketing and promotions were intense and considering the team behind it, it was quite surprising that the film did not make any impact at the box office.

With a director like Vikramaditya Motwane who has Dev D, the genius Trapped, Udaan under his belt and is also the brains behind the mega-successful Netflix series Sacred Games, it is just astonishing that the film crept away without making much noise.

But after watching that movie over the past weekend, one thing is surely clear, that the movie Bhavesh Joshi Superhero is a severely underrated movie and should have gotten much more appreciation than it did.

In a time when we have idiotic films like Krish and Krish 3 which just picked up other Hollywood superhero movie plots (X-Men and more) and created a bad Bollywood copy of it, or that weird over the top and nonsensical A Flying Jatt of Tiger Shroff, Bhavesh Joshi Superhero was a breath of fresh air.

With an incredibly original storyline that is also relatable and set into the everyday life of the current millennials, this was a great attempt at starting over our own superhero genre.

The whole concept of stolen water that is being sold back at a higher price to the public, a young guy who has a krantikari mentality and thinks he can change the country, something that we all are struggling with, and an incredibly corrupt and intertwined society was quite interesting to see.

Another thing that impressed me was how the screen-time was equally divided among the 3 main guys, with special focus given to Priyanshu Painyuli who played Bhavesh Joshi and ultimately died an unfortunate death making his friend Sikandar Khanna/Siku (Harshvardhan) take up the mantle and get revenge for his friend.

Joshi’s character was an incredibly well-fleshed out one, where he did not look like that innocent boy nor a stupid one who by mistake got himself into trouble. He was a brave and courageous character who wanted to bring to light the wrongs being done in the society.

Even the 3rd friend, the quiet Rajat (Ashish Verma) had a pretty substantial role to play and had some pretty good scenes that added to the story. 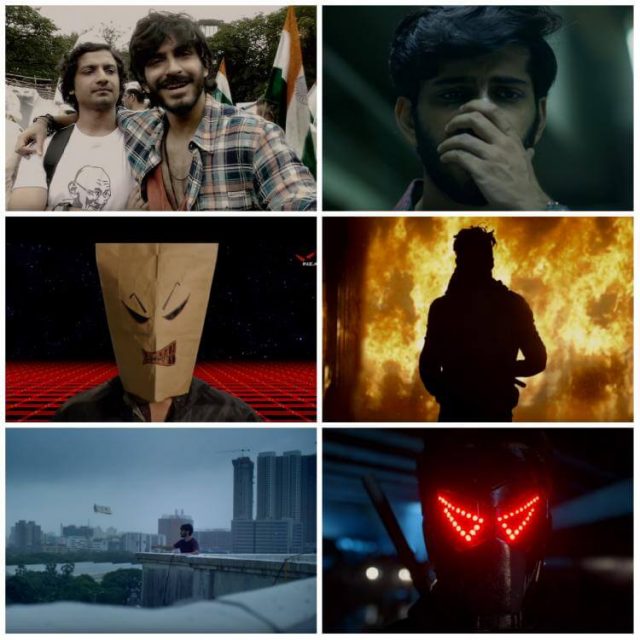 Have to say that a big plus from my end was the direction and the cinematography that gave an excellent first-person perspective while watching the movie.

The shaky and jerky nature of the camera made you as an audience believe that you yourself were standing there and experiencing it all, thus heightening the intensity of the scene.

Like the scene where Joshi is dragged out of his house by the residents and other normal citizens, with his feet up in the air and arms behind him, it is a slightly scary scene.

Another would be when Siku as Bhavesh Joshi is at a warden’s house getting information from him and 2 of his goons/friends arrive and they have an intense fight scene, the camera work there too is pretty good. 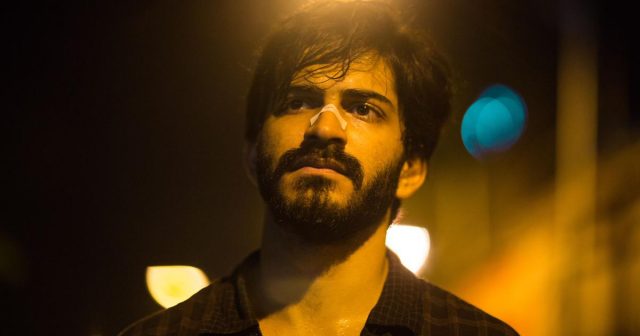 You can see the love Motwane has for Mumbai in the way he excellently and expertly uses the various locations in it for the movie.

The fight scenes are also incredible to watch since not only were they well choreographed but also extremely realistic to watch. As mentioned above in the scene where Siku is at this warden’s house, while fighting, he has to jump down from the 2nd or 3rd floor and lands directly onto a car.

Instead of getting back up without any problem, you can see the character being a little dizzy by the fall and clearly having injuries with the way he was limping and holding onto his hip.

Motwane’s indie direction style is at work here and enhances the feel of the scenes and the overall movie.

Harshvardhan also showed some good moments in the movie although I believe it will take him some time to grow into his own as an actor. However, he might not be totally useless and can turn out to be a good actor.

Overall, a good and well-directed superhero origin movie that we really needed by now and it is really sad to see that it is so underrated.