Bengaluru, the Silicon Valley of India, is one of the most sought-after places by the youth of the country to live.

In fact, the Ministry of housing and urban affairs released the Ease of Living Index report on Thursday which ranked Bengaluru as the most liveable city in the country. The city is also known for its amazing weather and the range of lakes and gardens that it is covered with.

While it sounds like a dreamy place to live in, it is also in Bengaluru, that the largest lake in the city burns ferociously almost every year. I swear it is not a joke.

Bellandur Lake has made headlines before as well due to its incessant burning and yesterday the lake caught fire for the third time in the span of 5 years. 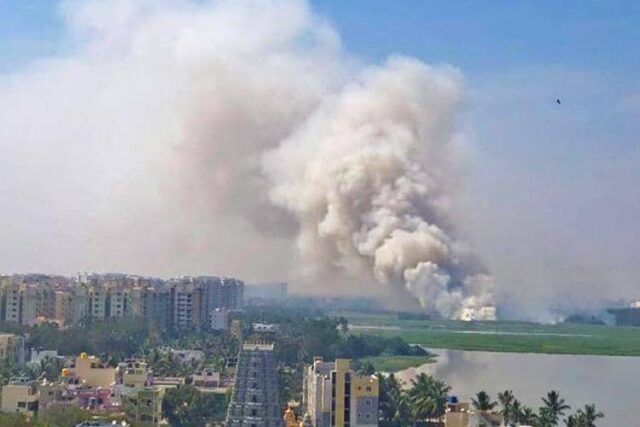 On 3 March 2021, a fire broke out at Bellandur Lake in Bengaluru. After lake marshals and firefighters managed to control the fire, it was found that unlike what Bellandur lake was famous for, this fire was not caused due to the toxic chemical deposits in the lake.

Rather, some unidentified individuals had started the fire in a nearby area while burning garbage. Due to the chemical deposits in the lake, the whole place started burning in no time. The fire has been controlled to a large extent now.

This is the third time that the Bellandur lake fire has garnered media attention, but the lake has been having these incidents every year since 2015!

Toxic Elements In The Water

Bengaluru’s rising rate of unchecked development is among the principal causes of this environmental hazard. While the city appeals to IT professionals every passing day, a rising number of industries and factories with no proper waste management are among the top contributors to this environmental pollution.

A study by National Geographic showed that around 40 percent of the city’s sewage and industrial waste is dumped into the Bellandur lake, making it one of the most chemically influenced and toxic water bodies in the city.

Sadly, it is also the largest, and once upon a time, the most beautiful lake in the city.

The toxic waste deposited in the lake ends up producing methane, which is highly flammable at room temperature.

The water in the lake has almost zero oxygen content, but with the spontaneous burning of methane and with the lake being used as a garbage and debris dump, it becomes very easy for the whole place to catch fire.

The government has been notified about these issues but their policies cannot keep in tandem with the rising urban population of the city. In fact, their report featured that almost all other lakes in and around Bengaluru have a high amount of toxic content, if not as much as Bellandur lake. 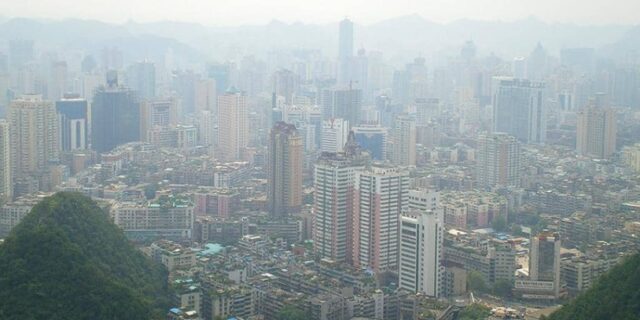 The state even has an official department taking care of the conservation of lakes (Karnataka Lake Conservation and Development Authority) but insufficient funds and lack of personnel are hindering their goals.

Ironically, the incident happened on the day the city was deemed as the most liveable city in the country.

Nature has been giving us warnings over its mistreatment for years now, and even after knowing how hazardous the effects of pollution are, human beings just do not care and go ahead with their lives as if nothing else matters. The incident is without a doubt, extremely sad and disappointing.

Let us know your opinions regarding this by commenting below.

What’s The Environmental Repercussion Of Culling Thousands Of Birds Amidst India’s Bird Flu?