While I was heavily biased to the former on account of its pictorial representation, a tale from the latter particularly stood out to me. 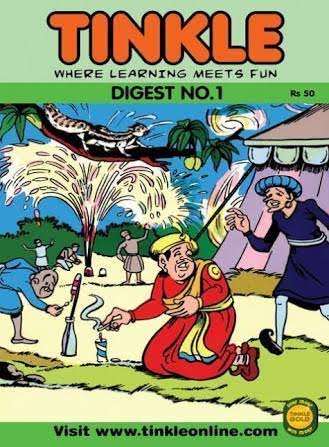 If my memory serves me right, it was a short story titled ‘Purple People’. It followed the perspective of a little girl who was eagerly looking forward to her aunt and uncle’s visit to India.

Her aunt of American origin was the object of the little girl’s fascination. She was wholly smitten with her exotic features.

Our understanding of the character widens when the little girl’s purchase of a skin-lightening product reveals that she is uncomfortable in her own skin, quite possibly as a result of social conditioning.

Her monologue sketches a picture of an intractable sociocultural divide wherein the need to conform to convention arises within a society. The story shortly ends with the little girl reconciling with the melanin in her skin.

Also Read: This 800 KG Gita In Delhi’s ISKCON Is The World’s Largest

Fast forward a few years, I watched my mother submerge herself in a pool of magazines and followed suit.

I perused all the copies of Vogue, Femina, Elle, and Cosmopolitan – the monoliths who spell out the dos and don’ts of fashion.

While the fashion industry has equipped us with knowledge otherwise difficult to attain, it has also been found guilty of perpetuating countless social evils – starting from colorism to sizeism to racism.

Thanks to social reform movements, their prejudices have been brought to the fore and rallied against.

The modern fashion industry has definitely seen a paradigm shift in its functioning with inclusivity slowly being incorporated into its core.

To what extent is the question that needs to be tackled.

Instagram handle Diet Sabya sparked the conversation by posting a story about an Instagram user who pointed out that Indian actresses went from fair in Indian publications to brown in international publications.

Take this example of magazines from two different countries and you will find the subconscious manifestation of the same social evils the fashion industry promises to have left behind. 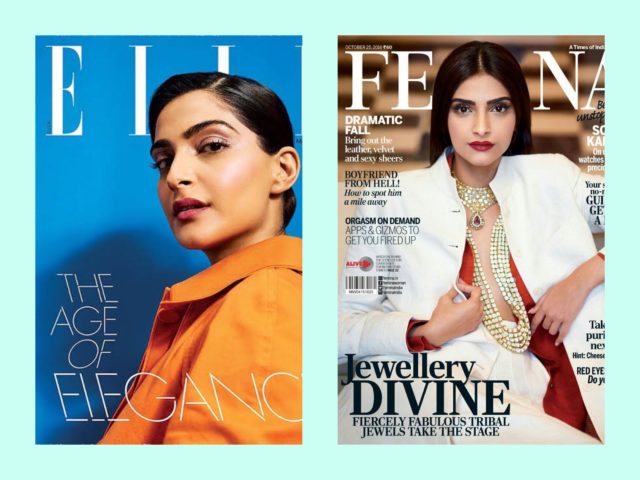 Notice the difference in skin colour in the two pictures? They’re both the same person!

The same goes for the following: 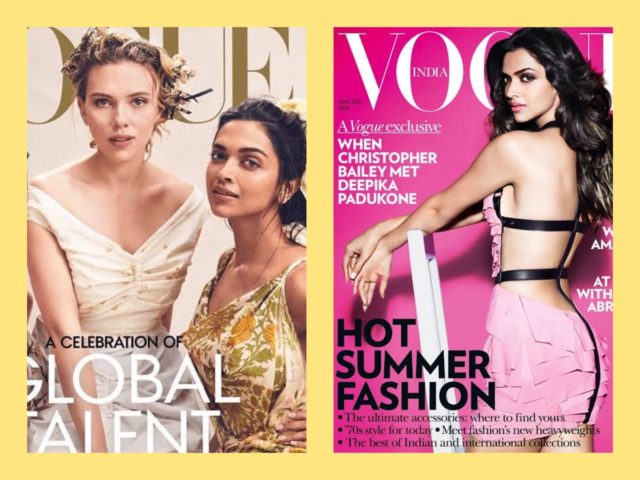 The transition in her skin-tone is staggering, to say the least: 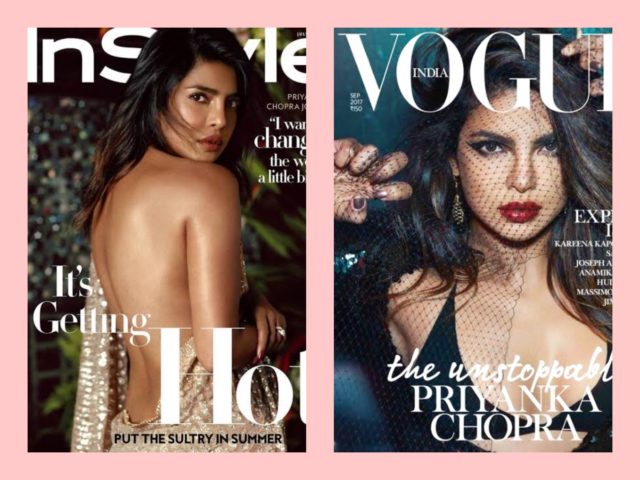 It might not come across as a surprise to many that Indian media outlets still photoshop actresses to look fairer, but the question is: why?

Is it to cater to a certain section of the population that is still riddled with medieval thought processes or to satisfy their own prejudices?

It’s deeply unsettling to learn that some of whose complexions are being white-washed have already undergone several skin-lightening treatments.

What is also problematic is that they stage a resignation from their inherent biases and pretend to take a progressive leap forward when they still continue to preserve their original disposition, albeit discreetly.

Their aversion to diversity in complexion is apparent in the manner their actions betray their words.

The change we see in the industry today is merely superficial and not pervasive.