“I had never dared to tell anyone about my desires – but now I became afraid that they might come to know what was on my mind. I dared not look at a page with written letters on it, in case they attributed it to my desire for learning.”

– From ‘Amar Jiban’, by Rasshundari Debi

I am one among the regular cribbers who whine for – “Mom, 5 minutes more” every day for my 8:45 a.m. lectures (and ritualistically enter the class 15 minutes late each day).

Waking up every day and attending back-breaking back to back lectures, not to say the uninvited internals and unexpected research projects seem to be pretty much irksome many a times.

But then the jolt came when I realised that there have been remarkable women in history who actually had to go through immense self-imposed as well as societal hardships in order to get themselves educated.

One such woman is Rasshundari Debi, the first woman autobiographer of our country. 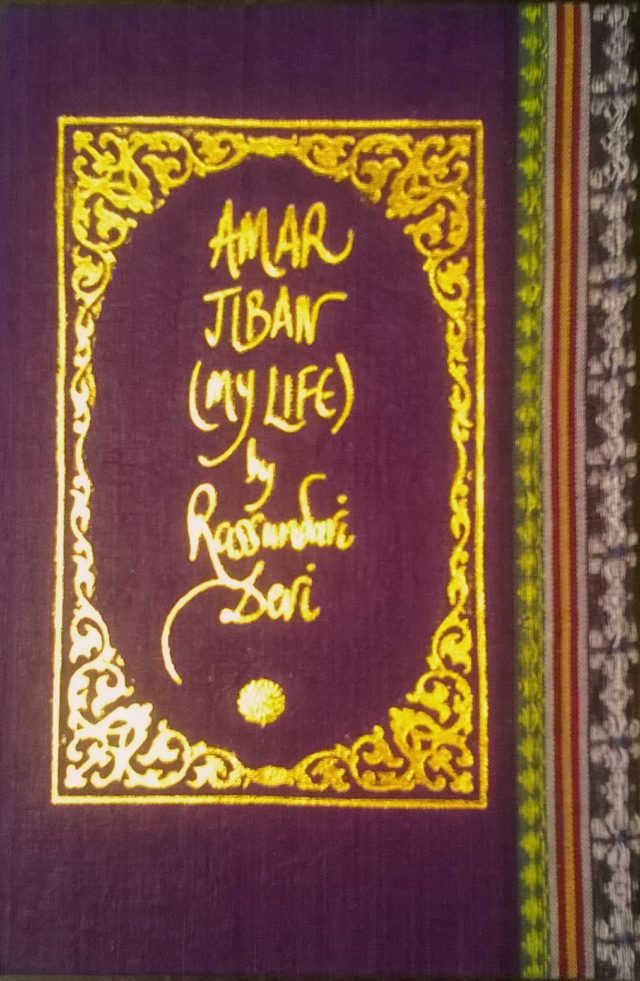 Hailing from an orthodox Bengali family in the late 19th century, she was married off at the tender age of 12 (as was the custom then) into another, equally orthodox and patriarchal family.

She moulded in no time into the ‘adarsh patni and bahu’ of the household, serving her husband, taking care of her dozen children, cooking hefty meals for the family and the guests alike.

All these chores hardly left her with any time to pursue her passions. But, not that she was in a position to pursue them. She, unfortunately, belonged to an era that forbade women attaining education and believed it to be ‘unnatural’ and duly against the revered scriptures.

Also Read: Pain Makes A Poet, And Amrita Pritam’s Life Is The Perfect Example Of It

She wrote, “Wasn’t it a matter to be regretted, that I had to go through all this humiliation just because I was a woman? Shut up like a thief, even trying to learn was considered an offence.”

Her Inspiring Quest For Knowledge

Yet, none of it could dwindle her resolve to get herself educated. She bravely fought her moral dilemma whether or not it was correct for her to attain education, being a woman.

Playing hide and seek with her family, stealing her son’s leaflets, to sitting up all nights to memorise her self-taught lessons; she faltered and despaired at times, but never did she quit.

Her passionate struggle to attain knowledge is well summed up in her own words, “I kept the sheet in my left hand while I did the cooking and glanced at it through the sari, which was drawn over my face”.

There were times when she couldn’t decipher letters or was unable to link them with their respective sounds. Yet she went on, and eventually taught herself to not just read, but also, over time, learnt writing.

Thus, battling the odds and keeping up her steel willpower, Rashundari Debi penned her autobiography ‘Amar Jiban’ (meaning – ‘My Life’) in 1868.

So, while other women of her age could only complain about not getting enough rights, here was one woman who decided to be the change, grabbed a pen and herself became one!

‘Got An Engineering Job Even After Maro-Ing A Very Filmy Line In My Job Interview’; Vicky Kaushal Gets Chatty On ED’s Friendly Fridays

Ready To Travel Again? Know These 23 Visa Free Countries For Indians You Can...

Reviews Brand Voice - October 26, 2021
The very first thought that comes to mind when planning an international journey is applying for a visa. We spend hours on the internet...