Home Politics Why Become An IAS If You Had To Resign Over The Same... 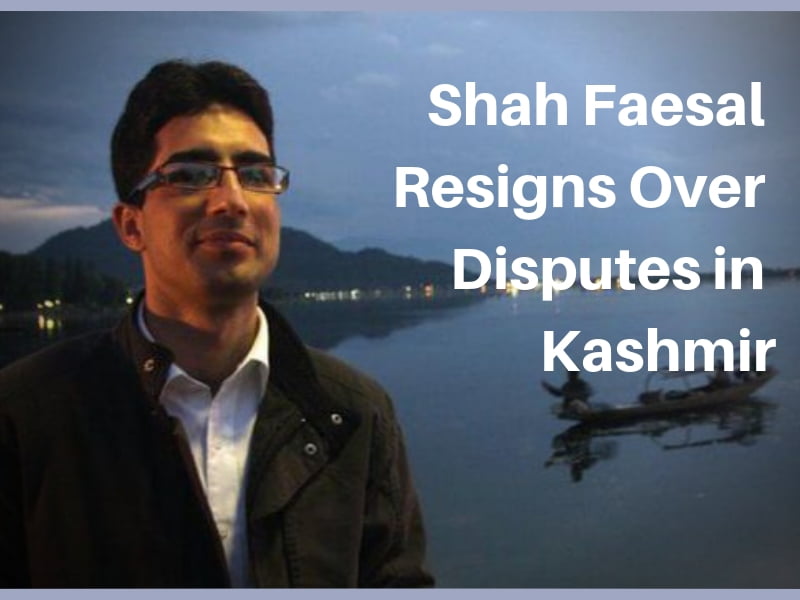 Today an IAS officer resigned from his post and people are highly outraged by this. You must be thinking why.

To start with, Shah Faesal is an IAS officer who was serving the nation till yesterday. He resigned from his post today and said that his resignation comes as a protest against the ‘killings’ that happen in his native state, Kashmir.

Shah Faesal is a Kashmiri boy who topped the IAS exam in 2010. After his recent trip to Kashmir, he took to Facebook to announce his resignation from civil services. His Facebook post stated:-

“To protest against the unabated killings in Kashmir, and lack of any sincere reach-out from the Union government… I have decided to resign from the Indian Administrative Services.” 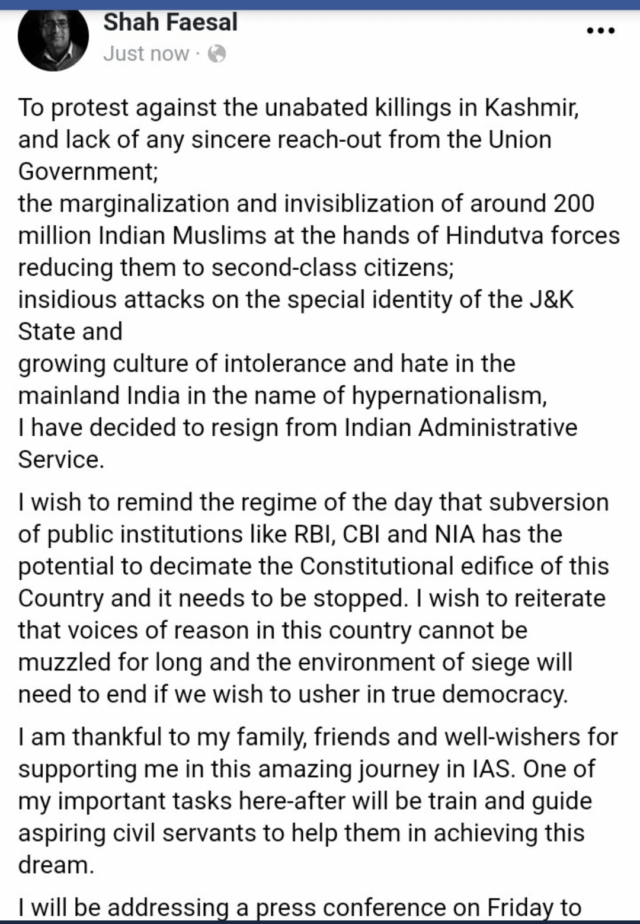 He said “Kashmiri Lives Matter” in his tweet announcing the resignation. This fueled a debate on various social media platforms. 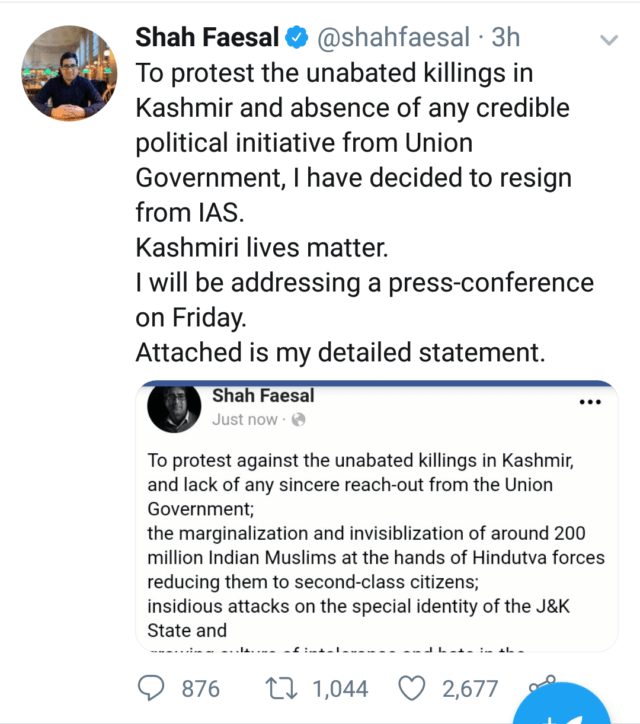 Whatever the reasons are, it is very unfair on the part of Faesal to resign over an issue he was responsible for solving. Faesal was well aware of the circumstances prevailing in the valley and of his duty as an IAS officer. Despite knowing both well in advance, it is irresponsible of him to resign on the same ground.

I believe that being a part of civil services, he should have looked at the number of martyrs who sacrifice their lives for the betterment of situation in the crown state before getting sensitive over the alleged “unabated killings”.

The training of IAS officers is an expensive and time-consuming process. On top of it, he got a fully-funded opportunity from Government of India to go abroad and study and that too as a Fulbright fellow at the Harvard Kennedy School, which is not inexpensive in any way. He coming back and criticizing the government and its policies is really saddening.

He not only robbed the nation of a worthy youngster who could have got a seat in his place but also let down the fellow Kashmiri officers in the eyes of the public.

Read Also: Arup Mukherjee: A Police Constable Who Used His Life-Savings To Run A School For Tribal Children

Militancy is rampant in the valley and efforts are being made to change it for the good but it takes time and after serving as an IAS he must have known this really well. If he was hurt due to the alleged “killings” in the valley, he should have worked for betterment when he had the necessary power to.

People are not very much contented with Faesal’s move and back-lashed him for his resignation. 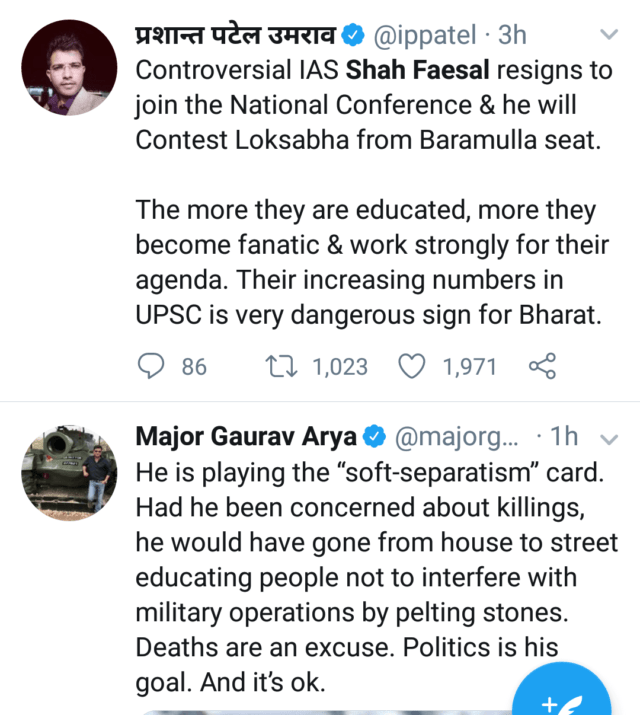 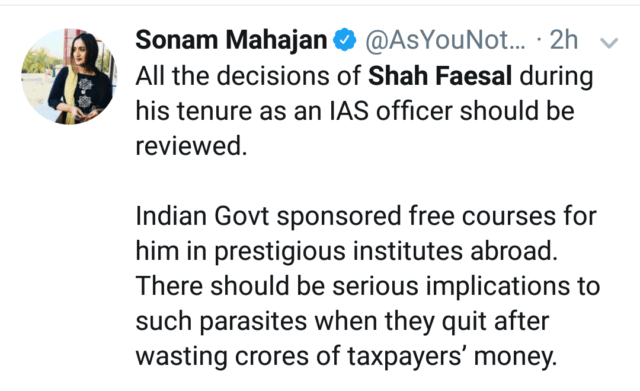 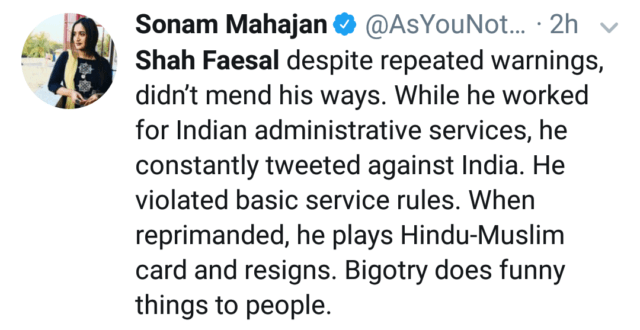 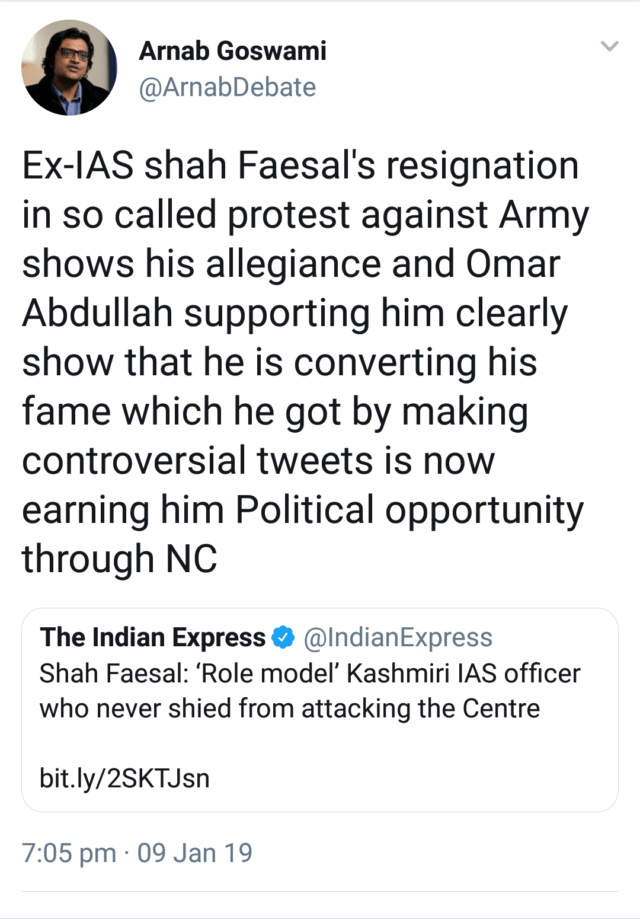 “It is a repeat offence because this is again a violation of Conduct Rule since he should not have disclosed official communication to the public and ridiculed the government whose part he still is.” 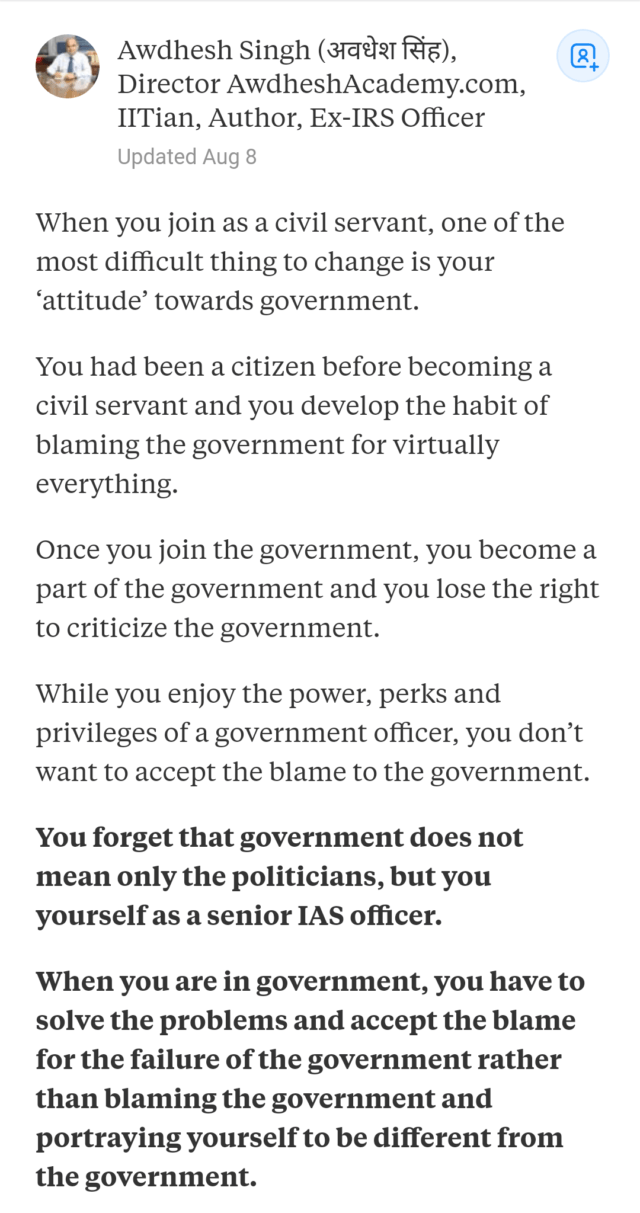 Ex-IPS officer Ashok Damjia said, “The fact remains that when you join a group or a party or a company, or an organisation, etc., you willingly surrender some of your rights to some extent. Including your right to freedom of speech and expression to some extent. You are no more an individual; you are also a member of a group now. You are not expected to criticize the group or party or company which you have joined. You should abide by the basic policies of the same.” 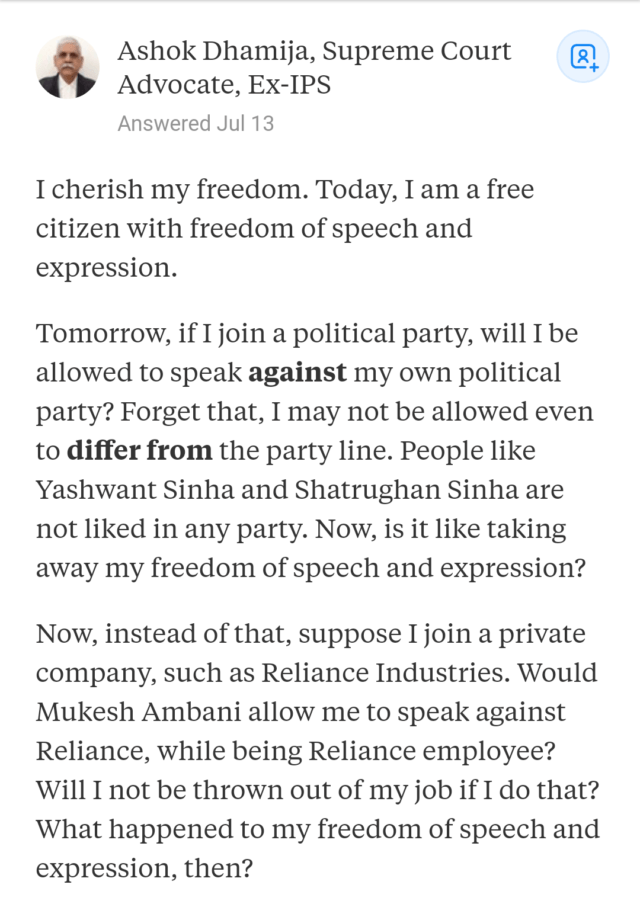 Apart from this, many other Quorans criticized his resignation. 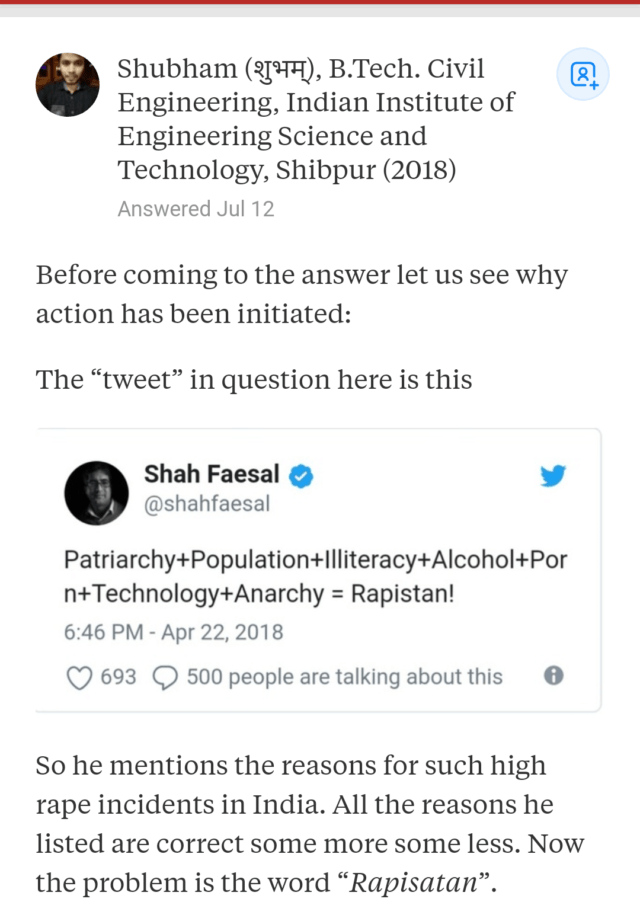 There are speculations that Shah would explore a political career soon by contesting Lok Sabha elections but none of them is confirmed yet. Civil servants’ resignation to join politics is nothing new. Something similar was done by the present Delhi CM Arvind Kejriwal.

And when Kejriwal resigned as Delhi CM since Lokpal Bill was not getting passed, he made a big mockery of himself, since he joined politics exactly for this bill. What was he imagining, that he will join politics and the bill would get passed the next day? Not of course, right?

Didn’t he get INSIDE the system to get it passed, even with the same resistance and push back coming his way. What did resignation get him? The Bill is still not there and he became a joke for such a callous decision.

When educated and intelligent officers like Shah resign just to run from their duty, faith in the civil servants in diluted and this is one thing which should, in no case, happen.

Watch: Writing Of Words Like High Court, Police, Army And Press On Your Private Vehicle Can Land You In Trouble Now